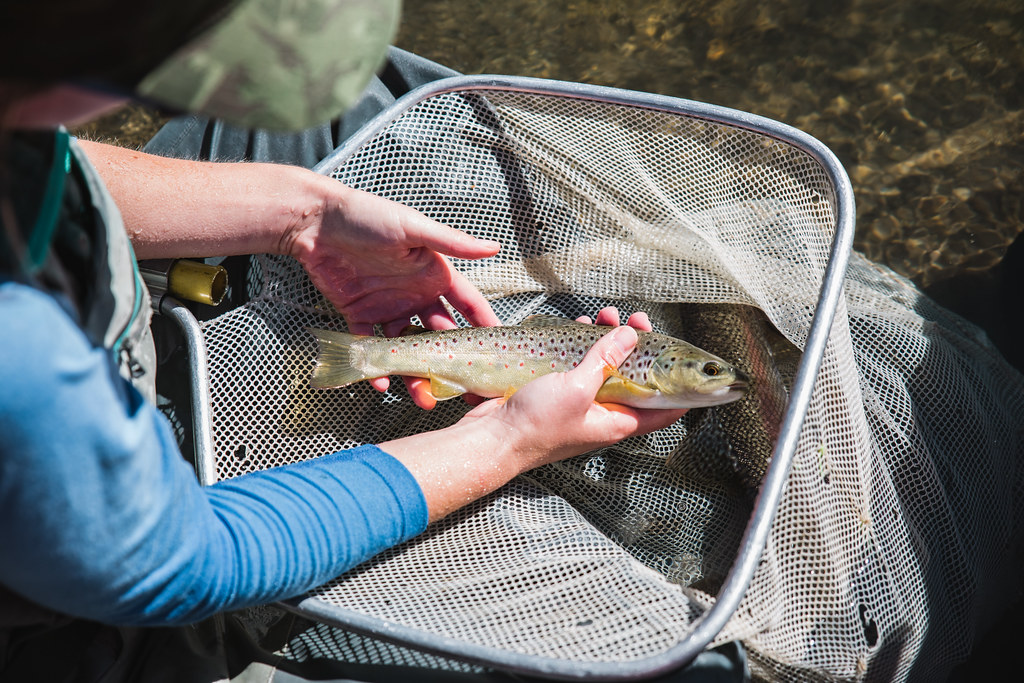 Humans and other endothermic, or “warm-blooded” animals have the luxury of a built-in temperature control system. For ectothermic animals like amphibians, reptiles, and fish, maintaining body temperature isn’t as easy – especially in the face of climate change. “Cold-blooded” animals can modify their temperature through behavior, such as basking in the sun or hiding in the shade, but are more vulnerable to fluctuating temperatures than their warm-blooded cousins. With global temperatures predicted to increase by up to 4˚C by 2100, accompanied by more frequent heat waves, climate change may outstrip the coping mechanisms of ectotherms, with potential negative impacts on their physiology and fitness. An associated concern highlighted in a recent publication in Global Change Biology is that increasing temperatures could also make ectothermic animals age faster (Burraco et al. 2020). Although fish and other ectotherms have some tricks up their sleeves to deal with warmer environments, they may not be able to cope with the current rate of warming, which could lead to shorter lifespans and resulting consequences for their populations.

While climate change has already impacted species and ecosystems all over the world, the potential effects of rising temperatures on ectotherm aging has not previously received much attention. Authors of this recent publication highlight past studies demonstrating that warmer conditions result in faster growth, but smaller adult body size, in amphibians, reptiles, and fish. Further, rapid growth induced by environmental conditions early in life has long been known to shorten lifespan, and a direct tradeoff between lifespan and growth rate has been experimentally demonstrated in fish. Although the mechanisms are unclear, the increased metabolism associated with faster growth may decrease lifespan by increasing the production of reactive oxygen molecules called “oxidants” in an animal’s cells, which can lead to cellular damage. This oxidative stress can lead to more rapid aging through its effect on telomeres, the sections of non-coding DNA on the ends of an animal’s chromosomes that serve as protective buffers. When cells replicate, some DNA on the ends of the chromosomes is lost in the process and the telomeres become slightly shorter, but in doing so they protect the important coding DNA stored deeper within the chromosome. Once the telomeres become too short, cells will stop replicating, contributing to the aging process. Studies have shown that telomere lengths in brown trout (Salmo trutta) are shorter in warmer river temperatures, and fast growth in juvenile Atlantic salmon (Salmo salar) has been shown to lead to telomere shortening.

In addition to gradually increasing average temperatures, more frequent heat waves that may exceed the heat tolerance for many ectothermic animals represent another threat, as these species have a limited ability to deal with oxidative stress resulting from exposure to extreme temperatures. Therefore, heat waves have the potential to accelerate telomere shortening. This phenomenon has been demonstrated in studies of sturgeon exposed to high temperatures, which led to higher juvenile mortality and higher rates of telomere degradation. Even more concerning, stress experienced by parents may also affect the physiology of their offspring. Adults that don’t grow as large due to warmer temperatures are likely to produce smaller offspring. These juveniles may in turn grow more rapidly to compensate for their undersized start to life, and this rapid growth may lead to shorter lifespans.

The ability of ectotherms to modify their behavior, life history strategies, and even physiologies can provide a buffer to increasing heat, but it may not be enough for long term survival. Climate change has already caused ectotherm physiological rates – including metabolic rate, heart rate, and enzymatic activity – to increase by up to 20% in the last two decades. A concurrent increase in the rate of aging is likely to occur and needs to be better understood. Studies of aging dynamics could help identify populations at the highest risk of thermal stress and allow for targeted conservation responses. Research also needs to evaluate the ability of ectotherms to cope with the predicted increases in aging rate – if not to turn back the clock, then perhaps to buy these species a bit more time.