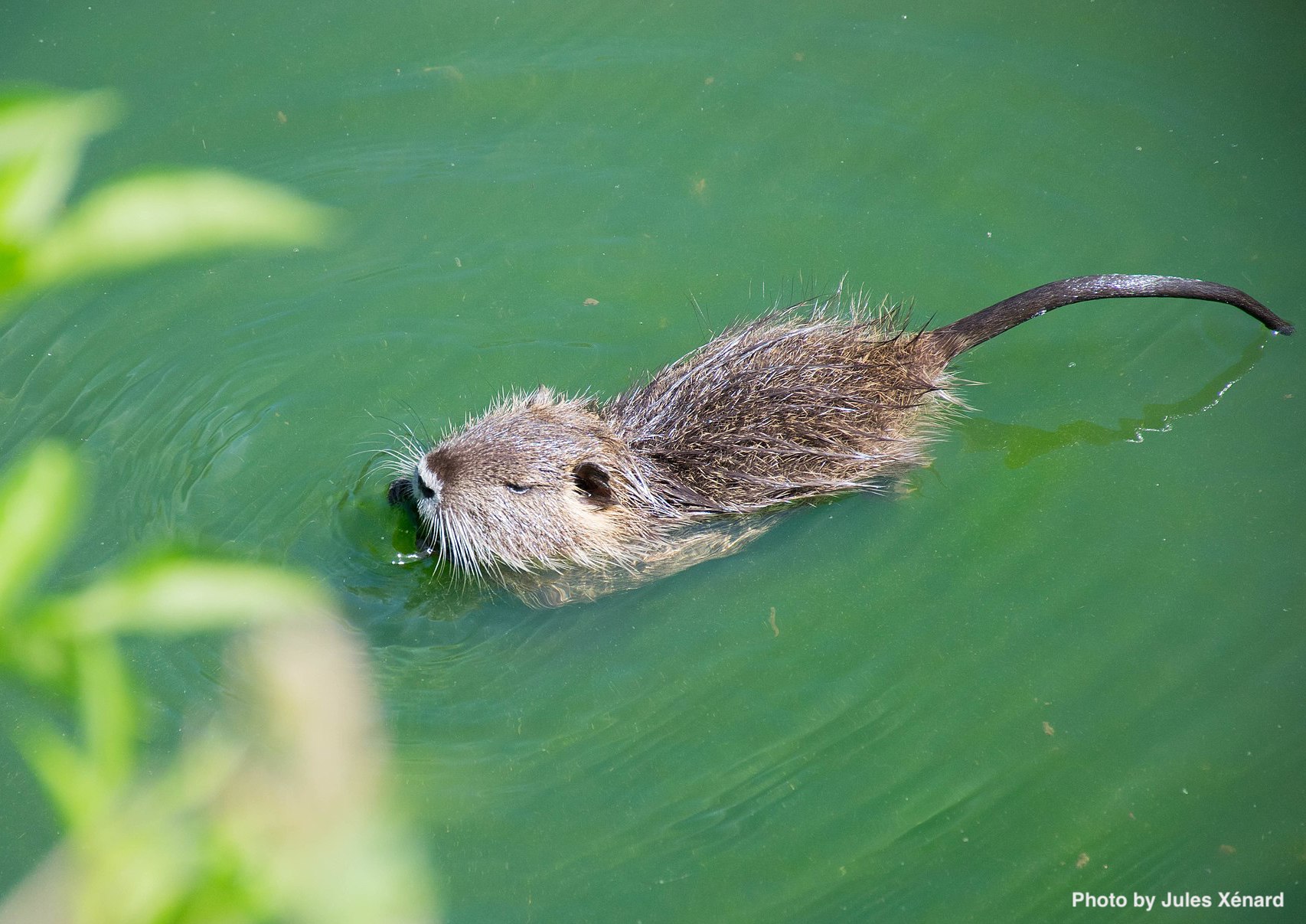 They’ve spread across the globe wreaking havoc through the destruction of levees, drainages, and thousands of acres of marshland. It might sound like the work of aliens from a science-fiction movie, but hordes of whiskered rodents are actually to blame. Nutria, swamp rat, and coypu are all common names for these beaver-like animals (Myocastor coypus), which are known for their voracious eating and breeding habits. Last November we reported on the capture of a single nutria in Merced, California. Over the next few months, more were spotted in the San Joaquin Valley and Delta. The U.S. Fish & Wildlife Service launched an emergency response program to capture as many as possible, and in less than a year more than 200 nutria have been captured in six counties from San Joaquin to Fresno, prompting concern about how to contain their further expansion.

The animals have been getting a lot of press since their recent arrival, but nutria actually have a long history in California, including their first introduction to the United States as well as their first successful eradication. Nutria are native to South America and were first brought to Elizabeth Lake in Los Angeles County, California, to establish a fur ranch in 1899. That population is suspected to have failed, but ones that escaped or were released from ranches in Washington, Oregon, and Louisiana in the 1930s have since spread or been introduced into 30 states. Some state officials even released nutria in the southern United States to control aquatic vegetation and promote the fur trade (Carter and Leonard 2002). Now, countries around the world are struggling to keep the quickly expanding populations under control. In the UK, a successful nutria eradication effort took eleven years and cost $6 million (Panzacchi et al. 2007). Nutria were thought to be eliminated from California in 1978 and no one knows how they recently found their way back into the state, but officials are worried. 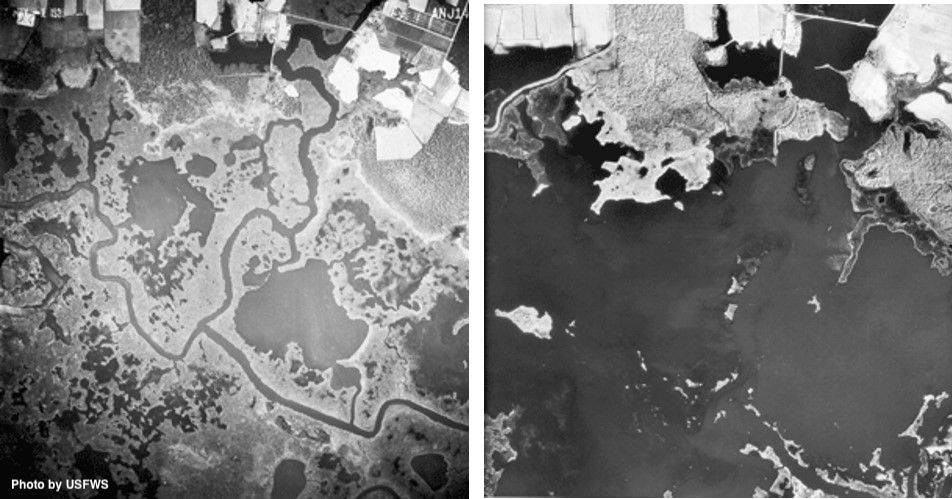 Nutria can survive in a range of temperate habitats including marshes, swamps, rivers, canals, freshwater ponds, and brackish estuaries (Baroch et al. 2002). The voracious herbivores nibble valuable crops and sensitive wetland plants down to the root with their large yellow teeth and dig burrows deep into banks, docks, and levees along waterways, destabilizing infrastructure and causing up to $14 million worth of damage a year (Panzacchi et al. 2007). The aerial photos above show wetland loss caused by nutria damage in Blackwater National Wildlife Refuge, Chesapeake Bay. The left image shows normal marsh in 1939 prior to nutria introduction in the 1940s. By 1989, shown on the right, more than half of the refuge’s marshes had been converted to open water due to the nutria’s destructive feeding habits. Nutria can also spread diseases to animals and humans, such as giardia (Dunlap and Theis 2002), toxoplasmosis (Nardoni et al. 2011), liver flukes (Menard et al. 2001), and leptospirosis (Michel et al. 2001). The rodents are extremely prolific: they become sexually mature at four to seven months, can breed year-round, and produce litters of four to 13 offspring. A single female can have 200 offspring in her lifetime, and the animals don’t have many natural predators in the U.S. to keep their populations in check. Because of these traits, once they are established in an area, nutria can decimate thousands of acres of marsh habitat per year and become nearly impossible to eradicate.

The only current solutions to nutria invasions are to trap, poison, or hunt them until all are gone, otherwise they will keep breeding. But these intensive eradication efforts become expensive and time consuming for government agencies to undertake alone, so they’ve enlisted help from the public in some cases. In Louisiana, where over five million nutria have been removed, hunters and trappers receive a five-dollar bounty for each nutria tail turned in to officials. Another economic and creative incentive is putting nutria on the menu. In Louisiana, stews, burgers, jambalayas, and dog treats are being made with nutria meat, which is high in protein and low in fat compared to most livestock. Eating invasive species isn’t a new concept, since many were originally introduced for that purpose. So, “save a wetland, eat a swamp rat” may become our new motto. However, it isn’t legal to own or hunt nutria in California just yet, so you will have to wait to try this wild-caught fare at local restaurants. We hope they are all caught before it comes to that, however. This nutria identification guide will help you know when to report a rodent sighting to the California Department of Fish and Wildlife’s invasive species reporting system, and help combat this furry phenomenon.