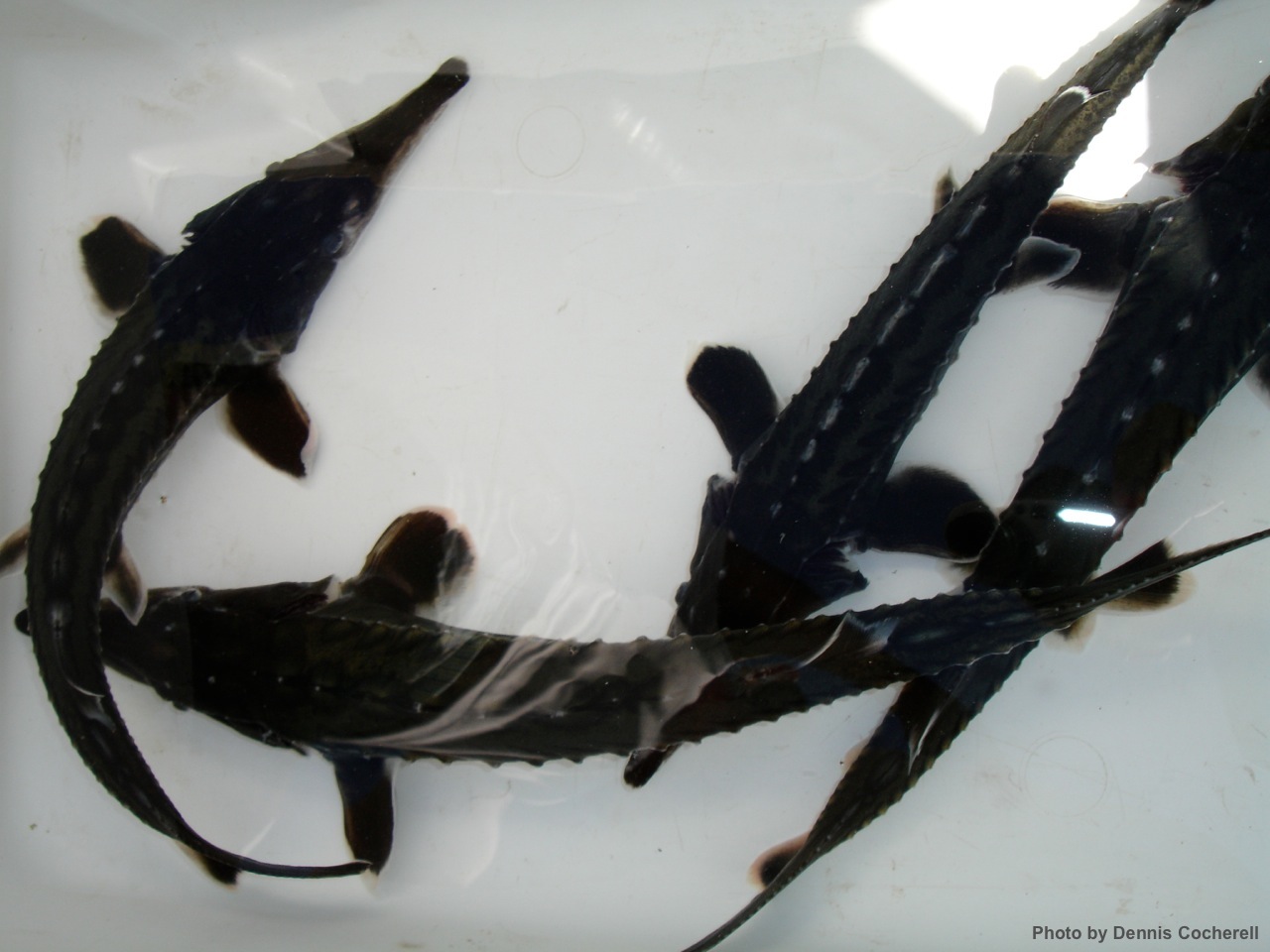 Water diversions make outmigration a risky business for juvenile green sturgeon in the Sacramento River, but new research points to solutions for reducing this threat. In a previous Fish Report, we described a study conducted by researchers from the University of California, Davis, who discovered that juvenile green sturgeon were more likely to be entrained than juvenile Chinook salmon during their outmigration, and were particularly bad at escaping from diversion pipes (as shown in this video). The authors concluded that unscreened diversion pipes may present a potentially significant source of mortality for juvenile green sturgeon. This is not good news for the sturgeon, given the gauntlet of more than 3,000 water diversions across the Central Valley, many of them unscreened. However, the same researchers have followed up with a new publication in the journal Conservation Physiology that provides a glimmer of hope for this threatened species.

It is well known that unscreened water diversions can entrain passing fish, and many different exclusion devices have been developed to help prevent fish from entering the pipes. Fish screens are a common solution, but can be quite expensive and require costly maintenance, which explains why so many diversions remain unscreened. In the new follow-up study, researchers tested a number of alternatives to fish screens, including a visual deterrent (strobe light) and two physical deterrents (modified pipes), as well as a control (unmodified pipe). They ran swimming trials with young sturgeon and the various deterrents in a large flume tank with an “over-the-levee” style water diversion common on the Sacramento River, operated at typical flow and diversion rates. The two pipe modifications included a pipe with a terminal circular steel plate mounted about six inches from the inlet, which covered much of the opening but still allowed water to enter (see photo below), and a pipe with an upturned end affixed with a similar plate. 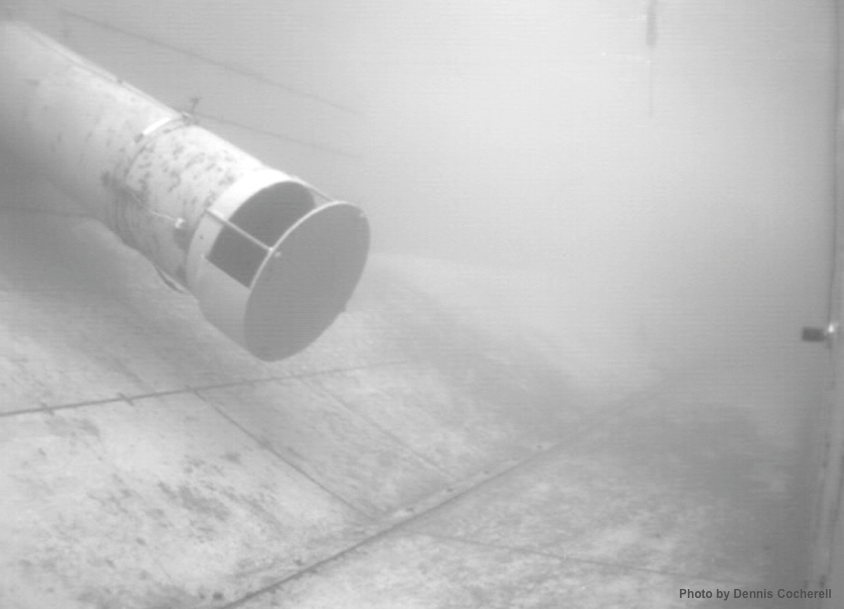 The results indicated that the strobe light actually entrained a slightly greater proportion of fish relative to the unmodified pipe, while the modified pipe designs both entrained a significantly lower proportion of fish. Using these results, the researchers then examined the estimated entrainment risk sturgeon would face as they migrate past multiple unscreened water diversions, as they do on the Sacramento River. Their previous results indicated that more than half of the migrating juvenile green sturgeon in the Sacramento River could be entrained after passing near just three diversion pipes. However, the new study shows that this estimated risk drops dramatically to 16 percent if the pipes are modified with the terminal plates, and to just 4 percent for the upturned plates (Poletto et al. 2014). While the upturned pipe plate posed the lowest entrainment risk overall, it is more difficult to install and not as practical as the terminal plate design, leading the study authors to recommend the latter. The team has already gathered and analyzed data on three other types of deterrents, which will be published later this year. This research reveals that affordable and effective solutions exist to reduce green sturgeon entrainment, without requiring major modifications to existing structures. Let’s hope the future offers safer passage for these threatened fish.