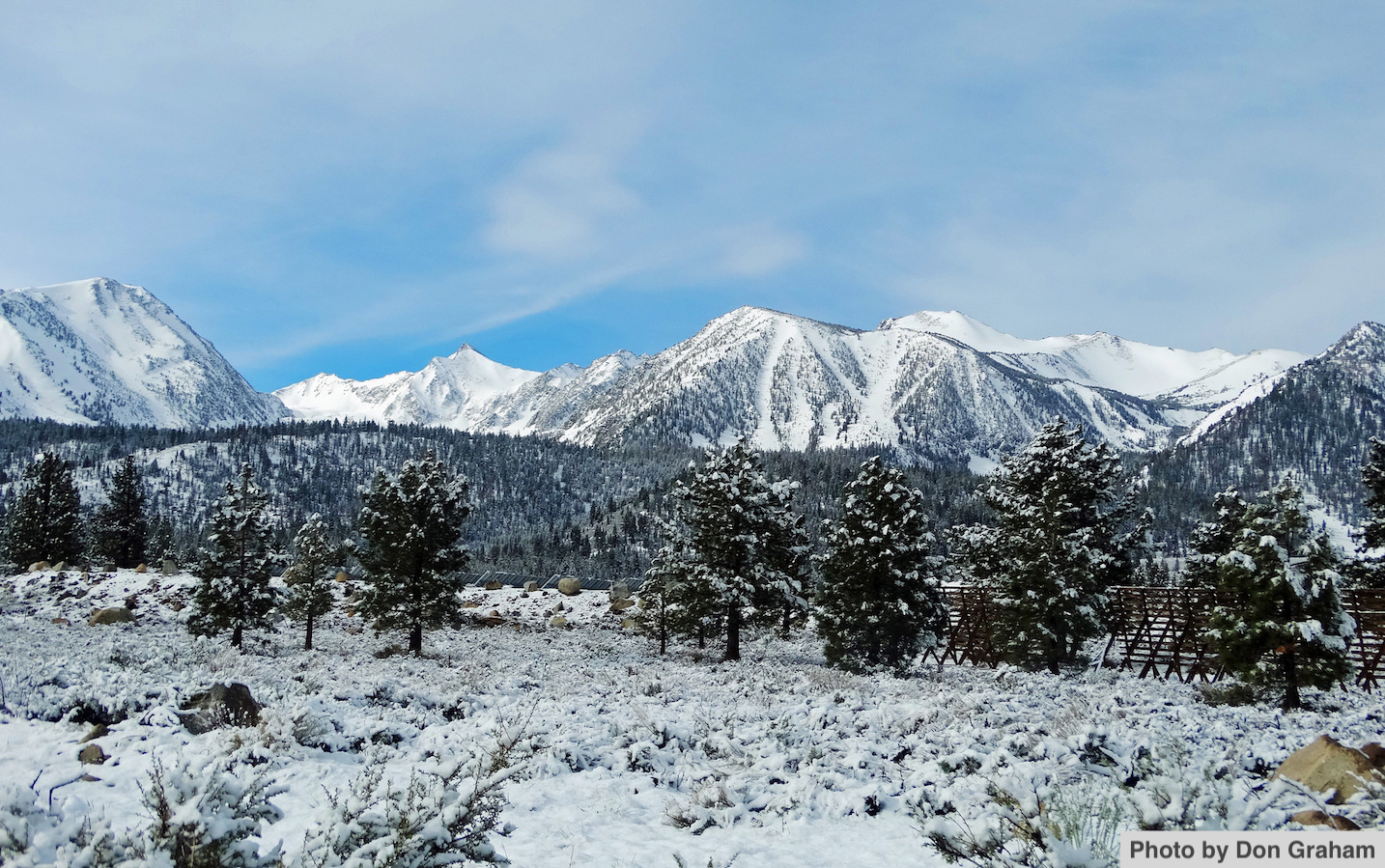 In California, we all need snow – even the fish in the San Joaquin River. The San Joaquin River Restoration Program (SJRRP) hosted the 2018 Science Meeting in Sacramento in late August to share research findings and updates about ongoing restoration activities. While much of the meeting’s updates focused on the program’s efforts to restore habitat and rebuild the spring-run salmon population, the talks on snowpack in the Sierra Nevada were also particularly intriguing. An entire session was devoted to research and monitoring in the upper watershed, which described new models and tools for hydrologic forecasting, and served as an important reminder of the San Joaquin River’s primary source.

Predicting the amount of water stored in California’s mountains as snowpack is vital to the state’s environment and economy. While there is no “normal” in California’s climate, several speakers at the meeting highlighted how especially extreme the climate has become over the past decade in comparison to the historical record. As Michael Anderson, the State Climatologist from the Department of Water Resources (DWR), stated in his presentation, “We are trying to learn the rules, but the rules are changing.” Since all Californians rely on this variable climate, researchers are continuously seeking better approaches to forecast the snow pack and runoff from the Sierra Nevada.

During the drought, reporters dutifully followed the DWR Snow Surveys team out to a meadow near Lake Tahoe to measure the snow depth and report on the abysmal numbers. David Rizzardo, Chief of the Snow Surveys Section at DWR, described how this official Snow Survey program has been used to forecast runoff since the 1930s, and methods haven’t changed much over the decades. While these on-the-ground measurements are still necessary, the Airborne Snow Observatory (ASO), developed by researchers at the NASA Jet Propulsion Laboratory in partnership with DWR, has offered a huge leap forward in snow science. Kat Borman of NASA described how this award-winning program uses scanning lidar fixed to an airplane to measure the height of the mountains’ surface topography during the snow-free summer, which they then subtract from the height of the snow-covered mountain surfaces measured during flights in the winter. The difference between the two measures is used to create a 3D model of the snow pack that can accurately estimate snow depth to within a centimeter or two.

The map outputs of the ASO snow water equivalent data are both useful and fascinating (see 2014 Tuolumne basin example). In addition, imaging spectrometry provides the snowpack albedo, or the reflection of solar radiation off the snow surface, which can be used to estimate how quickly the snow will melt. ASO can conduct flights and process data in about 24 hours, which can then be included in a model (called iSnoBal) that calculates the snow water equivalent, or amount of water contained in the snowpack. iSnoBal, described by Scott Havens of the U.S. Department of Agriculture, can provide an estimate of minimum runoff for the season. However, ASO flights must be conducted every few weeks to provide the snow depth data, or the model loses accuracy.

Rufino Gonzalez from the U.S. Bureau of Reclamation explained that these ASO data have allowed operators of Friant Dam and the Millerton Lake reservoir on the San Joaquin River to have greater confidence in the runoff estimates earlier in the season, and they have used this information to “nudge” the operations one way or another. While new tools are constantly improving our estimates of runoff, using them effectively is key to adapting management actions to our ever-changing climate.  Learning how to fold these newest observational technologies into useful decision-support tools will be an important step in helping reservoir operators and water managers quickly use the data to make informed decisions.