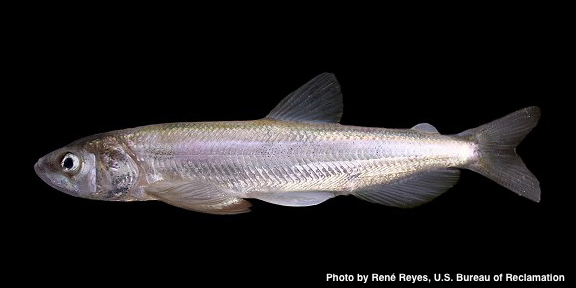 Long-term monitoring studies are the unsung heroes in the field of ecology. They are often unrecognized and taken for granted, but provide essential sources of information to tell stories of the natural world. In March, FISHBIO attended the Interagency Ecological Program’s Annual Workshop in Folsom, California, which highlights the work done each year by state and federal agencies and partner organizations conducting monitoring studies in the Sacramento-San Joaquin Delta. This consortium of agencies has been working on long-term monitoring and research in the Delta since the 1970s and provides vital information on the ecology of the Bay-Delta ecosystem. According to Steve Culberson, the IEP Lead Scientist, more than 50 scientific manuscripts related to IEP’s work were published last year, indicating the importance of these long-term monitoring programs for moving science forward. Despite this body of work, many people outside of IEP are not familiar with what the group does. Culberson encouraged researchers to bring storytelling into their science to help communicate the value of IEP’s efforts.

A longfin smelt session during the IEP workshop told a story about longfin smelt distribution that illustrates both the benefits and challenges of long-term monitoring surveys. Longfin smelt are small, silvery fish similar to the better-known delta smelt, and tend to occupy open waters of San Francisco Bay and Suisun Bay. Generally considered anadromous, longfin smelt hatch early in the year (January-February) in freshwater, rear in the estuary, then may go out to the ocean and return to the upper estuary for spawning at two years of age. The San Francisco estuary holds the southern-most population of longfin smelt in the United States. The species is listed as threatened under the California Endangered Species Act and has been considered for listing under the federal ESA. While several IEP and non-IEP long-term monitoring programs sample longfin smelt, none were designed specifically to target the species, and they do not sample in shallow waters or tidal sloughs of the Bay where the species may be found. As a consequence, the work of the IEP Longfin Smelt Synthesis Team presented at the workshop revealed that existing survey areas may not be lining up well with the current longfin smelt distribution. 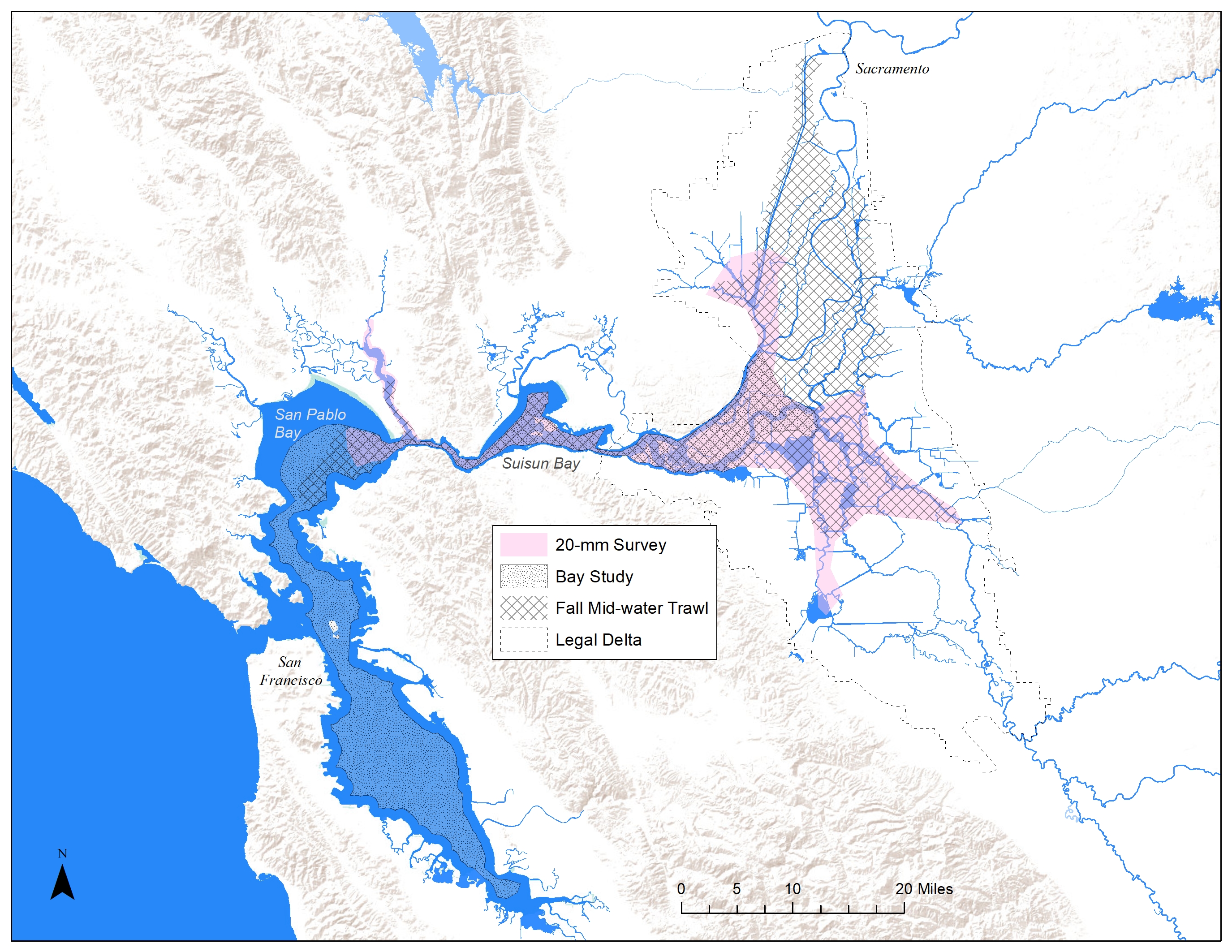 Randy Baxter (California Department of Fish and Wildlife) described a new conceptual model of the longfin smelt life cycle that he has been developing based on current understanding of where longfin smelt live. His colleague Vanessa Tobias has been testing this conceptual model by looking at patterns in monthly data from the San Francisco Bay Study, which has used otter and mid-water trawls to survey the San Francisco Bay since the 1980s, and partly overlaps in time and location with the Fall Mid-water Trawl (FMWT) survey, which has sampled the Delta since the 1960s. Tobias confirmed that a shift in longfin smelt distribution has occurred over time, and now they may be less likely to occur in areas sampled by the FMWT. This means the FMWT may not be a good source of information to index the abundance of this species in recent years. Levi Lewis (UC Davis) used the same methods as the Bay Study, but also sampled the shallower marsh habitats in North and South San Francisco Bay that aren’t currently part of the Bay Study, and Lenny Grimaldo (ICF) has also been sampling for longfin smelt in shallow areas of Suisun Bay and San Pablo Bay. Their preliminary results each indicate that in drier years, fish are found in Suisun Bay, where the FMWT and Bay Study surveys overlap, but in wet years with better recruitment the fish are out in San Pablo Bay, which is only partially surveyed. In 2017, a wet year, many adults were caught in tributary mouths of North and South San Francisco Bay, indicating they may be spawning in these tributaries. Grimaldo cautioned that these studies indicate that previous longfin smelt population estimates based on long-term monitoring may actually reflect how well the distribution of the species overlapped with the survey areas, rather than the true abundance of longfin.

Corey Phillis (Metropolitan Water District) examined data from a third monitoring program, the “20-mm Survey,” which has used tow nets to sample North San Francisco Bay and the Delta since the 1990s. By using environmental conditions associated with longfin smelt catch in this survey to develop an index of habitat suitability, he found that in wet years, pockets of good longfin habitat occur in nearshore parts of South San Francisco Bay and San Pablo Bay, where Lewis and Grimaldo recorded catch in 2017, and just outside the area covered by existing surveys. Phillis commented that we are often asked “to solve today’s question with yesterday’s monitoring scheme,” and based on research presented at the workshop, it appears that the Bay, FMWT, and 20-mm surveys may not be the most effective methods to monitor longfin smelt based on the species’ current distribution. These stories show the value of consistent, long-term datasets, but also the challenge that monitoring programs face in adjusting to changing conditions in the estuary.