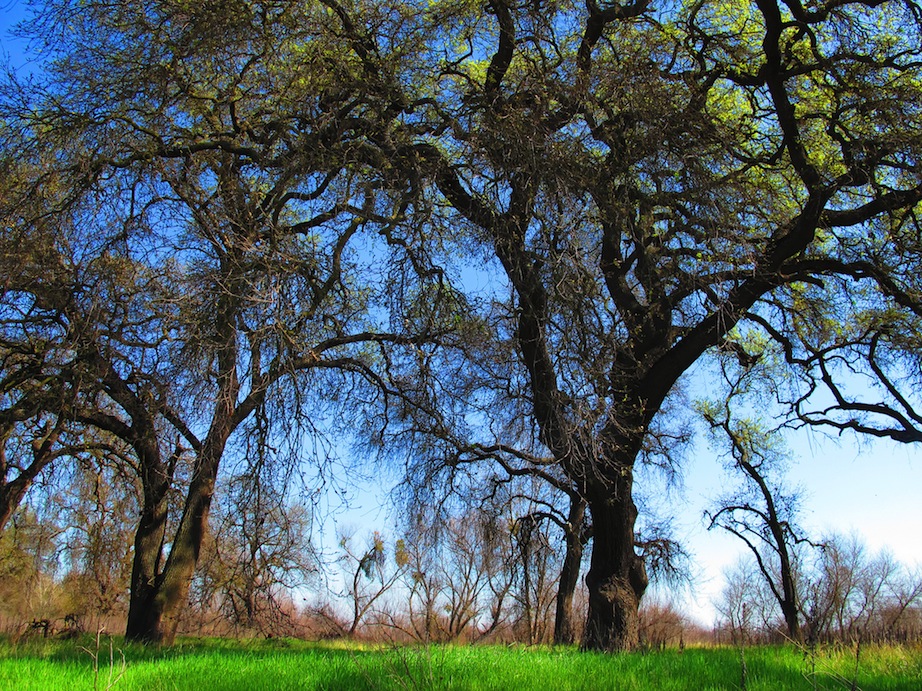 Scientists have tried many approaches to unravel the complex puzzle of past ocean climates. Now, a recent study in the journal Science uses an unlikely source to put the pieces together: tree rings. The study’s authors found that the process of seasonal upwelling on the California coast, which makes essential nutrients in deep ocean water available to fish, seabirds, and marine mammals, has become increasingly weak and more variable since 1950. This indicates that ocean conditions have become more unpredictable and more extreme in recent decades, which can have profound consequences for marine life.

Led by Bryan Black at the University of Texas of Austin’s Marine Science Institute, a diverse group of scientists used patterns in tree ring growth to examine corresponding patterns in coastal California upwelling over 600 years. Upwelling occurs when high-pressure systems produce winds that move warm surface water offshore, drawing deeper, nutrient-rich water to the surface. The nutrients feed phytoplankton blooms that stimulate the food web for fish, seabirds, and marine mammals. Historical upwelling has proved difficult to study because observational records only go back 70 years. This study is the first time tree rings have been used as a tool to investigate an oceanic phenomenon through history, and illustrates the close relationship between terrestrial and marine ecosystems.

To study climate and ocean conditions far back in time, the researchers looked at the rings of blue oak trees, a long-lived and drought-sensitive species that depends on the same factors that influence coastal upwelling. Trees grow a single ring each year, allowing scientists to count the rings to tell how old the trees are. Years that have thick rings indicate strong growth due to wetter conditions, while thin rings show weaker growth in drier conditions. Called dendrochronology, this method uses tree rings to construct climate patterns from the past. It has been used to investigate the terrestrial impacts of historical droughts. Trees can also reveal the conditions of the ocean because the same high-pressure weather systems that favor upwelling also block storm fronts and keep rain from falling on land, which stunts the growth of oak trees. So low growth years in the trees correspond to stronger upwelling years in the ocean.

Black and his coauthors took the tree ring patterns and compared them to other biological factors to see if years of strong tree growth (and therefore weak upwelling) corresponded with stressful years for marine animals high on the food chain. The scientists looked at growth rings in the otoliths, or ear bones, of splitnose rockfish between 1948 and 2006 to measure how fast the fish grew, and also looked at the reproductive success of two species of seabirds, the Cassin’s auklet and common murre, between 1972 and 2006. When they compared these animal time series to the rings from the blue oaks, they found that the fish indeed had slower growth rates in periods of weak upwelling and high tree growth, while seabirds had lower reproductive rates.

Having established a tight relationship between tree ring growth and marine biology, the scientists looked back at the tree ring data over 600 years to infer corresponding patterns in ocean conditions. According to their results, there has been much more unpredictability in marine upwelling since 1950 than in the previous five centuries, and a higher frequency of weak upwelling events. While the reasons driving this variability are unclear, the impacts on marine animals are certain: weaker upwelling contributes to lower growth and reproductive success. With so many animals dependent on upwelling for nutrients, scientists believe this pattern has important implications for conservation. If it continues, it could also be significant to the future management of coastal California fisheries.