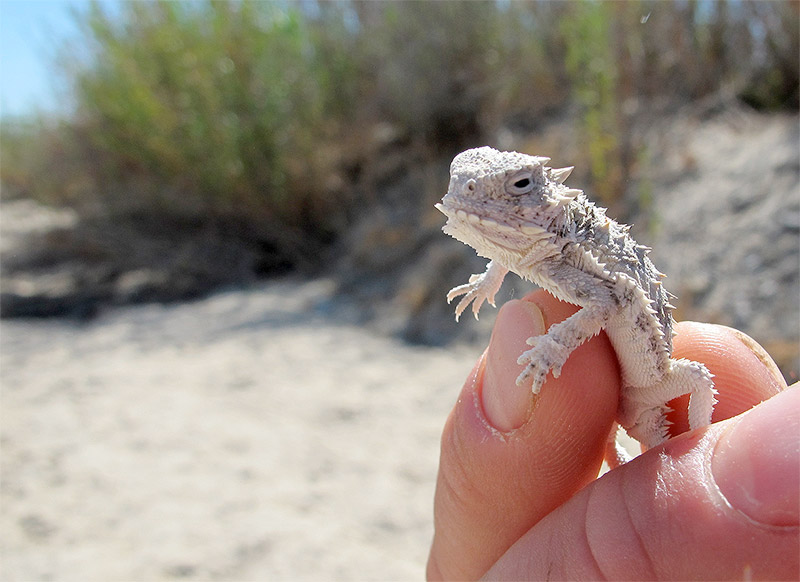 Like all reptiles, they depend primarily on their environment to control their body temperature. They are typically found in sandy areas with sparse vegetation, making them susceptible to predation. One of the most unique characteristics of the horned lizard is their defense mechanism. When threatened, they can inflate their bodies with air thereby making them larger and harder to swallow.  However, they are also capable of spraying blood from the corners of their eyes to repel predators.