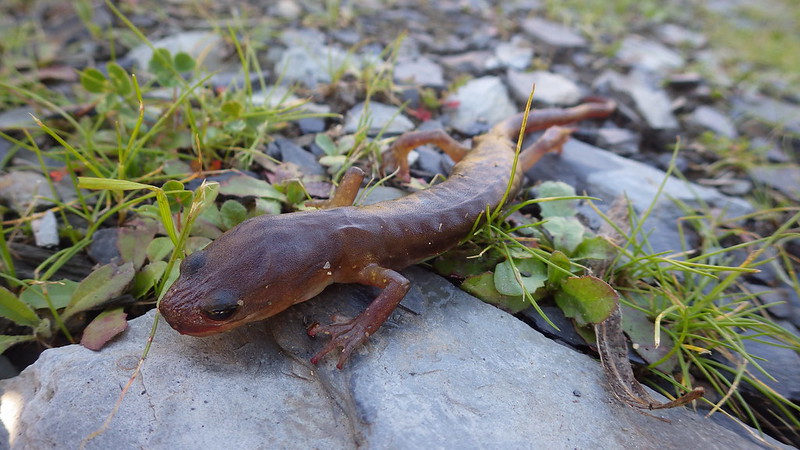 Legend has it there exists a creature who remains unfazed by the inferno that consumes large chunks of California’s forests each year. This is the fire lizard, purportedly immune to the pain of the flame. However, the fire lizard is not a lizard at all, but a salamander. While the word salamander is Greek for “fire lizard,” and salamanders are fabled to not be affected by fire, they cannot actually withstand flames any longer than we can. Yet these animals have their own unique adaptations to help them survive.

They may look cute and harmless, but arboreal salamanders are bonafide butchers to insects and other small creatures they find on the forest floor during their night-time hunts. Armed with numerous sharp teeth and strong jaws, this tiny terror’s weapon of choice is a long sticky tongue used to capture its meals. In addition to being predators themselves, arboreal salamanders can also become a tasty snack for rattlesnakes and birds of prey. However, this species is no easy meal. It is known to bite into its attacker and emit a loud squeak before jumping safely out of reach. So the next time you’re in an oak forest and hear a chirp from above, don’t just look for birds in the trees – keep your eye out for fire lizards as well.

This story was written by Joseph Vink as part of an internship with FISHBIO.