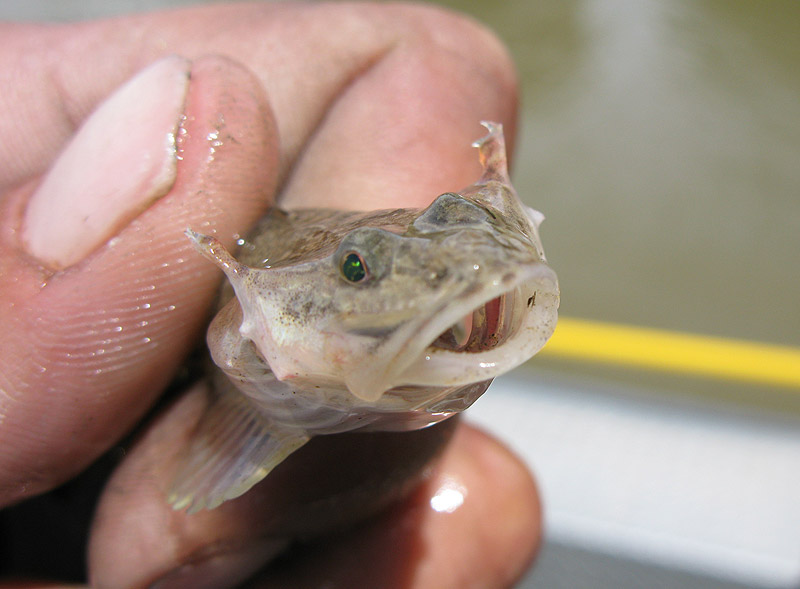 Easily identifiable by the antler-like projections on their gill covers, Pacific staghorn sculpin (Leptocottus armatus) are common in estuaries along the Pacific coast from Alaska to Baja California. They are the sole members of the genus Leptocottus and are appropriately named armatus, meaning armed. When captured they often flatten their heads and erect their “stag horns” with 3 or 4 small, sharp spines. They are predominantly found in saline environments, but are able to move freely into fresh water (euryhaline). This one was captured while electrofishing in the Lower Sacramento River.