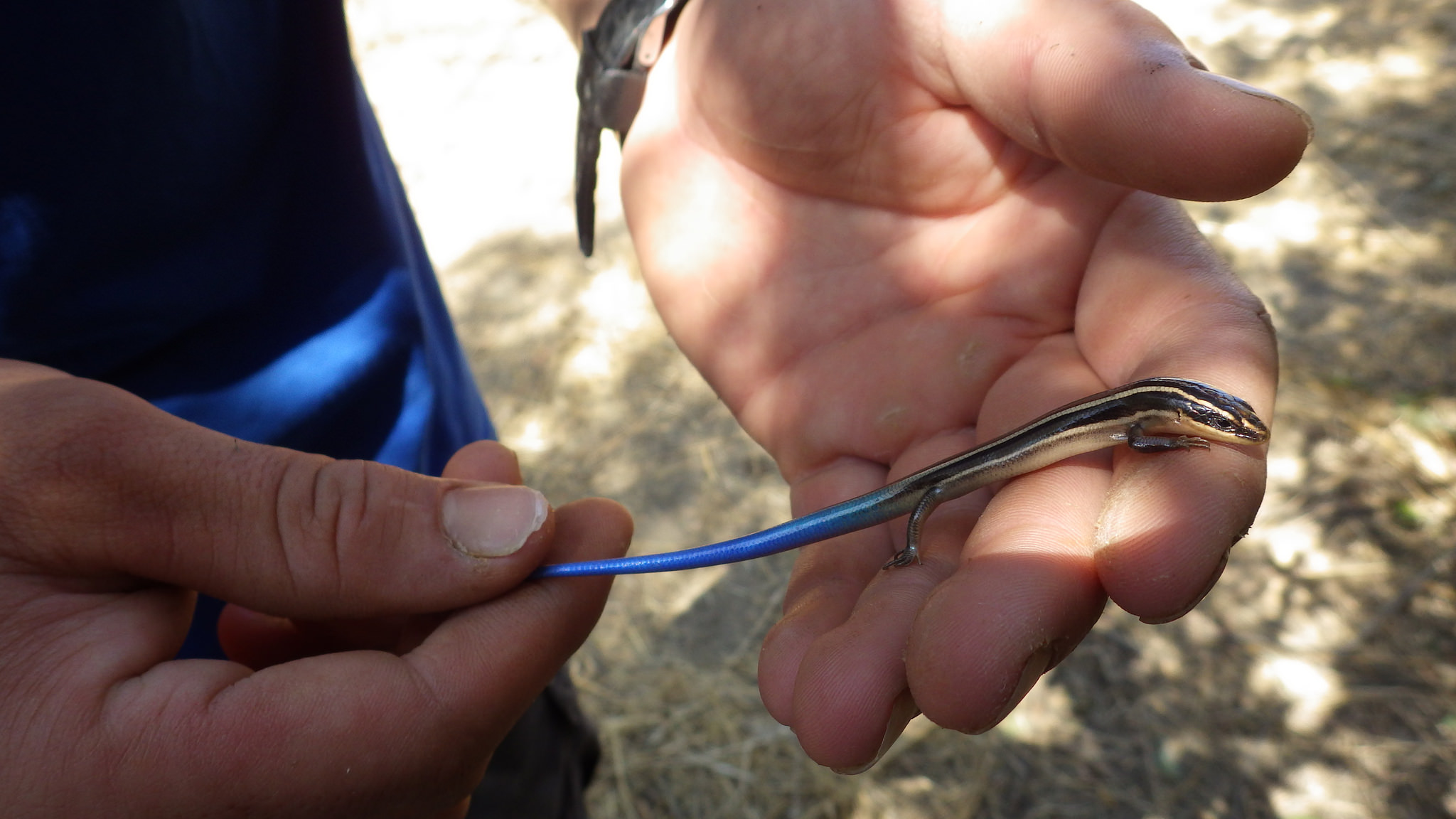 It’s hard to miss a lizard with a bright blue tail. This colorful little lizard is called the blue-tailed skink, also known as the western skink (Plestiodon skiltonianus). Blue-tailed skinks are diurnal, meaning that they are active during the day and rest during the night. You’ll probably find them basking in the sun during the morning and late afternoon in the spring or summer. Blue-tailed skinks usually mate during the spring after they emerge from a period of winter stasis, and lay their eggs under loose soil during June or July when temperatures are ideal. They usually reach sexual maturity around three years of age, and can live as long as 10 years.

While the bright blue tail is often a giveaway for identification purposes, it is also very possible to see this species without such stark coloration. As blue-tailed skinks age, they often fade in color, similar to how humans usually lose their hair color. It’s possible that you’ve seen a blue-tailed skink without ever knowing it! Even without the blue tail, there are still ways to identify this lizard fairly easily. For instance, they always have a dark brown or black band originating from the side of their head and extending past their hind legs. They are usually between 100 and 210 mm (4 to 8.25 inches) in length, including their tail, so they are definitely big enough to notice while out for a hike.

Blue-tailed skinks are like many other lizards in their ability to perform autotomy. This means they can discard their tails when caught by a predator, which often distracts the predator long enough for the skink to get away. Their tails grow back, but are often darker in color and misshapen. When it comes to being predators themselves, blue-tailed skinks aren’t picky. Their diet can include crickets, beetles, flies, grasshoppers, spiders, and even earthworms. You can find blue-tailed skinks in a variety of locations throughout the West, from south-central British Columbia to southern Baja California, and eastwards to Montana. If you’re out for a walk in any of these places, keep your eyes peeled for a little lizard with a blue caboose.