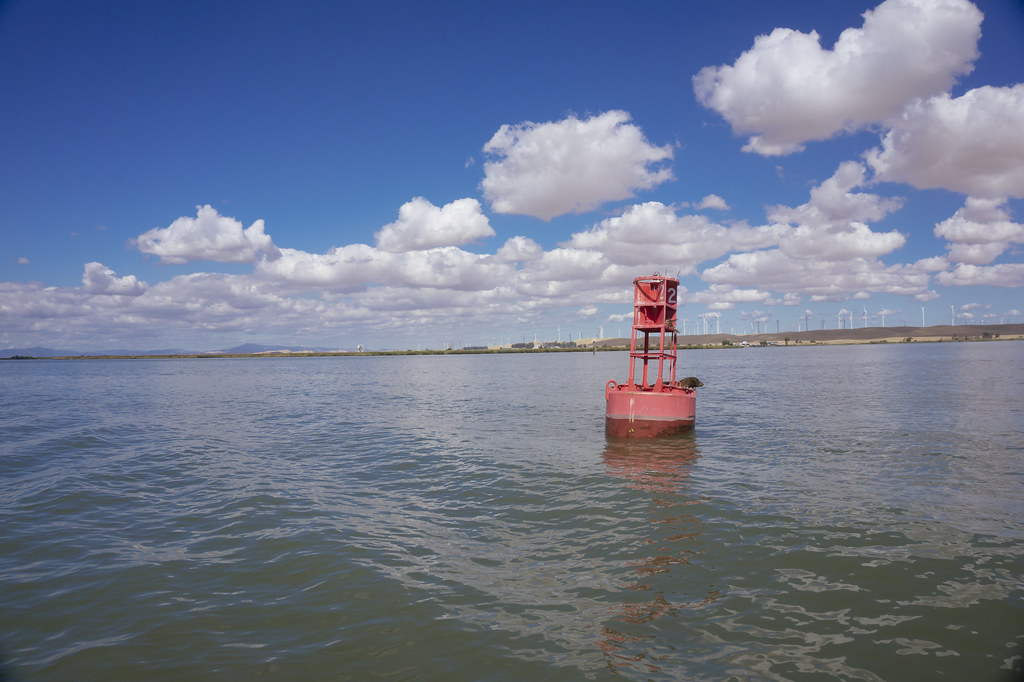 It’s almost an understatement to call California’s Sacramento-San Joaquin Delta “complex.” This highly altered ecosystem supports one of the most complicated water-management systems in the world. California also experiences the most variable precipitation regime in the country, with wide swings between drought and downpours. Wildly varying rates of precipitation, increasing infrastructure construction, and changing water demands all present challenges to effectively managing water and conserving the Delta ecosystem. Now the emergence of climate change among the list of stressors guarantees the Delta of tomorrow will not be the same as the one today. Climate change is expected to make the Delta warmer, and increase the frequency and intensity of both large storm events/flooding and dry days/droughts (Dettinger et al. 2016). This paradoxical combination of effects will bring a new dimension of complexity to Delta management, and a suite of challenges to the already struggling native species that rely on the Delta.

The Pacific Ocean typically moderates the temperatures of California’s climate, yet patterns of storms and rainfall here have long been more variable and extreme than anywhere else in the country (Dettinger et al. 2011; Ralph and Dettinger 2012). The unpredictable arrivals of large storms and atmospheric rivers to the West Coast drive this variability, and such downpours can produce more than 15 inches of rain in three days. At this point, predictive climate models are split on whether the Delta will experience a wetter or drier climate in the future (CDWR Climate Change Technical Advisory Group 2015), yet almost all models agree that precipitation will become more intense within individual storm events, and storms will be separated by longer periods of dry days (Pierce et al. 2013; Polade et al. 2014; Dettinger 2016). Further exacerbating the effects of drought is the expected increase in air temperature in the Delta and its watershed due to climate change: 2°C by mid-century, and up to 4°C by the end of the century (Cayan et al. 2008).

Storms becoming more frequent, intense, warmer, and rainier (with less snow) will lead to increased runoff quickly flowing into streams. This can cause flooding and create emergencies like the crisis at Oroville Dam earlier this year. Further, as this increased runoff reaches the Delta, rising sea levels and land subsidence will combine to cause even more floods, straining flood-control levees. On the flip side, a warmer climate with more dry days and a reduced snowpack are also expected bring more frequent and severe droughts in the region. This will require water managers to paradoxically manage for increased flooding and drought, likely within the same season, while still meeting the demands of water users. More intense droughts may tempt us to store more cool-season runoff, even as more intense storms motivate us to release water to ensure dams have enough storage space for flood control.

Combined effects of climate change on the Delta’s native fish species include changes to freshwater runoff, encroaching salinity in the Delta, and increasing water temperatures, which possibly pose the biggest stressor (Dettinger et al. 2016).  For example, California’s Chinook salmon are already suffering from increased stream temperatures, having experienced two major losses of young fish in 2014 and 2015 when stream temperatures were too warm for egg and larval survival. Historically, managers would have released cold water from deep inside reservoirs to lower stream temperatures during heat waves. However, the record-breaking droughts dropped reservoir levels so low in 2014 and 2015 that there was no cold water left to release. Further, Brown et al. (2013 and 2016) found warming water temperatures are expected to shorten the time endangered delta smelt have to grow and mature before spawning in the spring, which is a critical time for a species that typically lives only one year. Since egg production is related to fish size, a shorter growing season would result in smaller delta smelt that produce fewer eggs, adding to the list of challenges threatening survival of the species. With climate change expected to bring increased and enhanced extreme events, managing the Delta of the future will require us to be adaptive, and humble enough to recognize we likely won’t fully understand all the effects of climate change until they emerge.