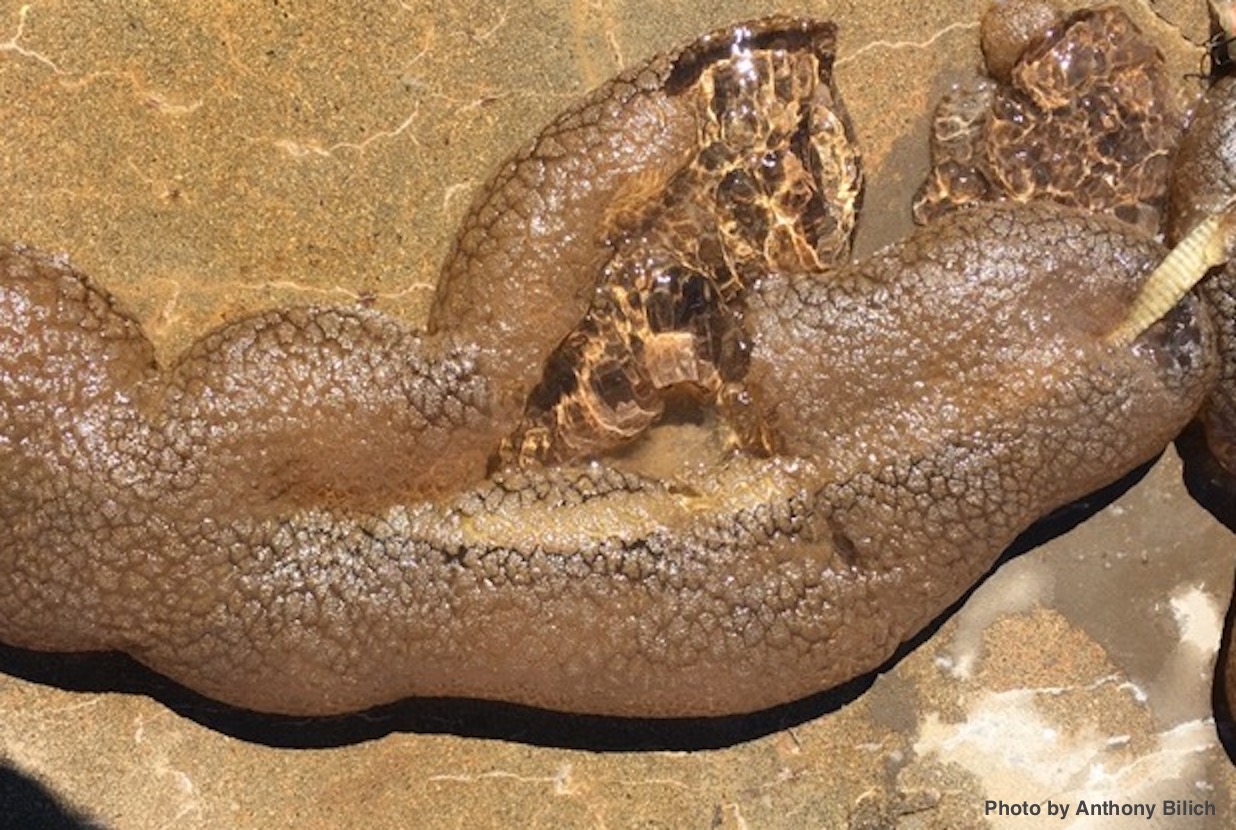 What is this gelatinous, slippery blob that a homeowner recently pulled out of Lake Tulloch, California? Spend enough time in nature and you are likely to encounter some interesting creatures, but this one had us scratching our heads. It turned out to be a bryozoan (Pectinatella magnifica), and the scientific name of this species literally means “magnificent jelly moss-animal.” Magnificent may be debatable, but these animals are certainly intriguing. Bryozoans are aquatic invertebrates like jellyfish, but unlike jellies, which are singular organisms, this blob is made up of thousands of individual microscopic animals, called zooids, living in a colony. A single colony can grow to be 12-20 inches in diameter, but many colonies sometimes grow near or attached to each other, creating a large mass (Balounová et al. 2011). Freshwater bryozoans are usually found in warmer waters from June to September, and can either be free-floating or attached to submerged branches and other objects, like the rope on this homeowner’s dock. 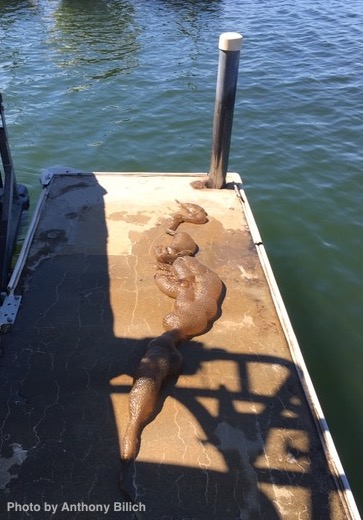