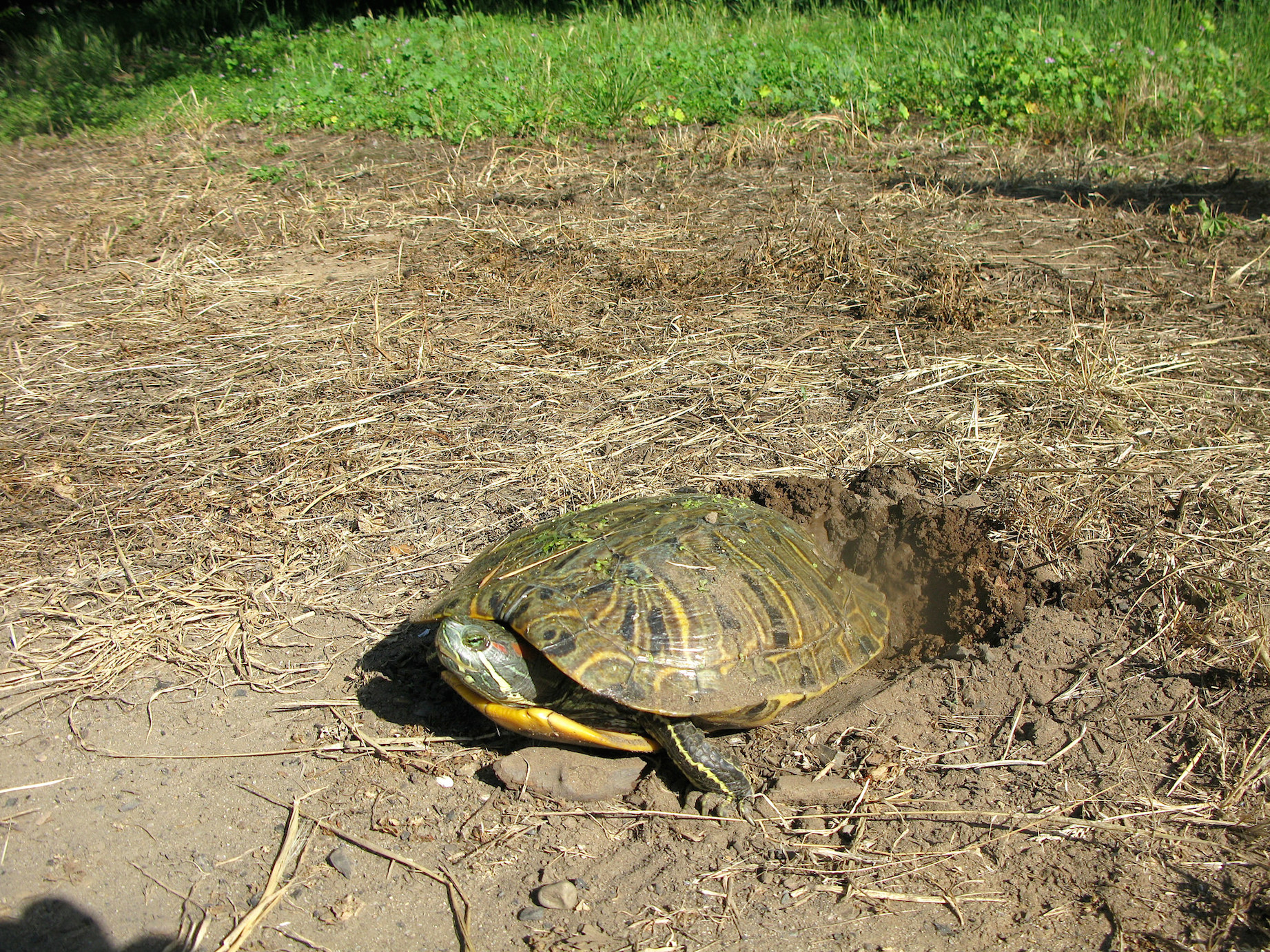 While sampling out-migrating salmonids this spring, an interesting event caught our attention. A few of our field technicians spotted a red-eared slider (Trachemys scripta elegans) scaling the side of the hill near our monitoring site. Ever curious, the technicians followed this terrapin on a short trek, and discovered it was a female busy digging her nest and laying eggs. The nest in question only contained a few eggs, but red-eared sliders have been known to lay clutches of as many as twenty-five eggs. The successful reproduction of these introduced species attests to the firm foothold they’ve established in California and around the world. Observing this event in the wild sparked our curiosity about the reproductive behavior of both turtles and reptiles in general. 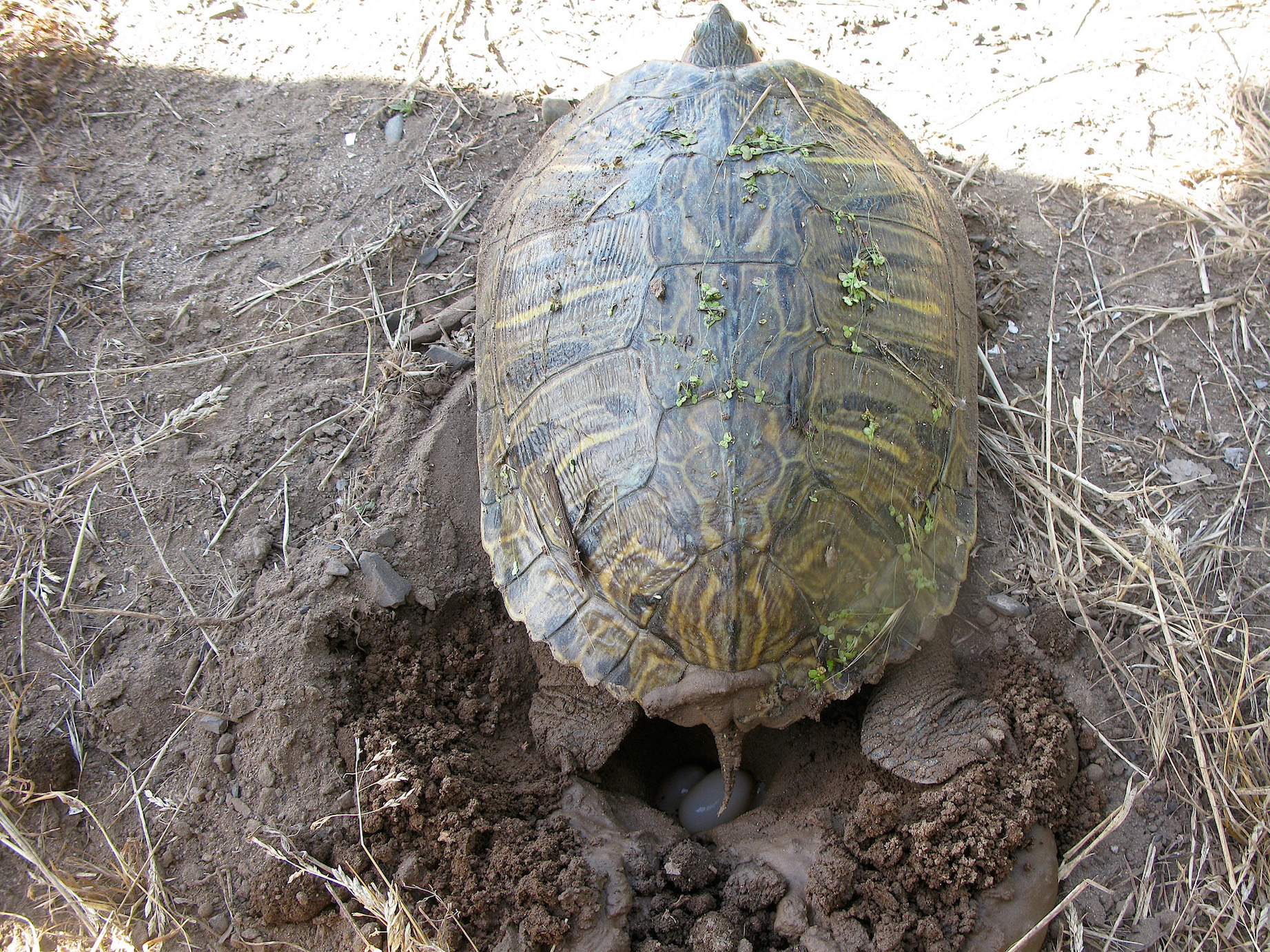 In the majority of species, particularly in mammals and birds, an animal’s gender is determined by the genetic make-up of the individual. For example, a mammal’s gender is determined by the presence or absence of a Y chromosome. Normally, an individual that is genetically female exhibits two X chromosomes, and cells from a male contain both an X and Y chromosome. The process is similar in birds; however, in these animals the female exhibits two different sex chromosomes. In reptiles, sex determination happens through a far more dynamic process. 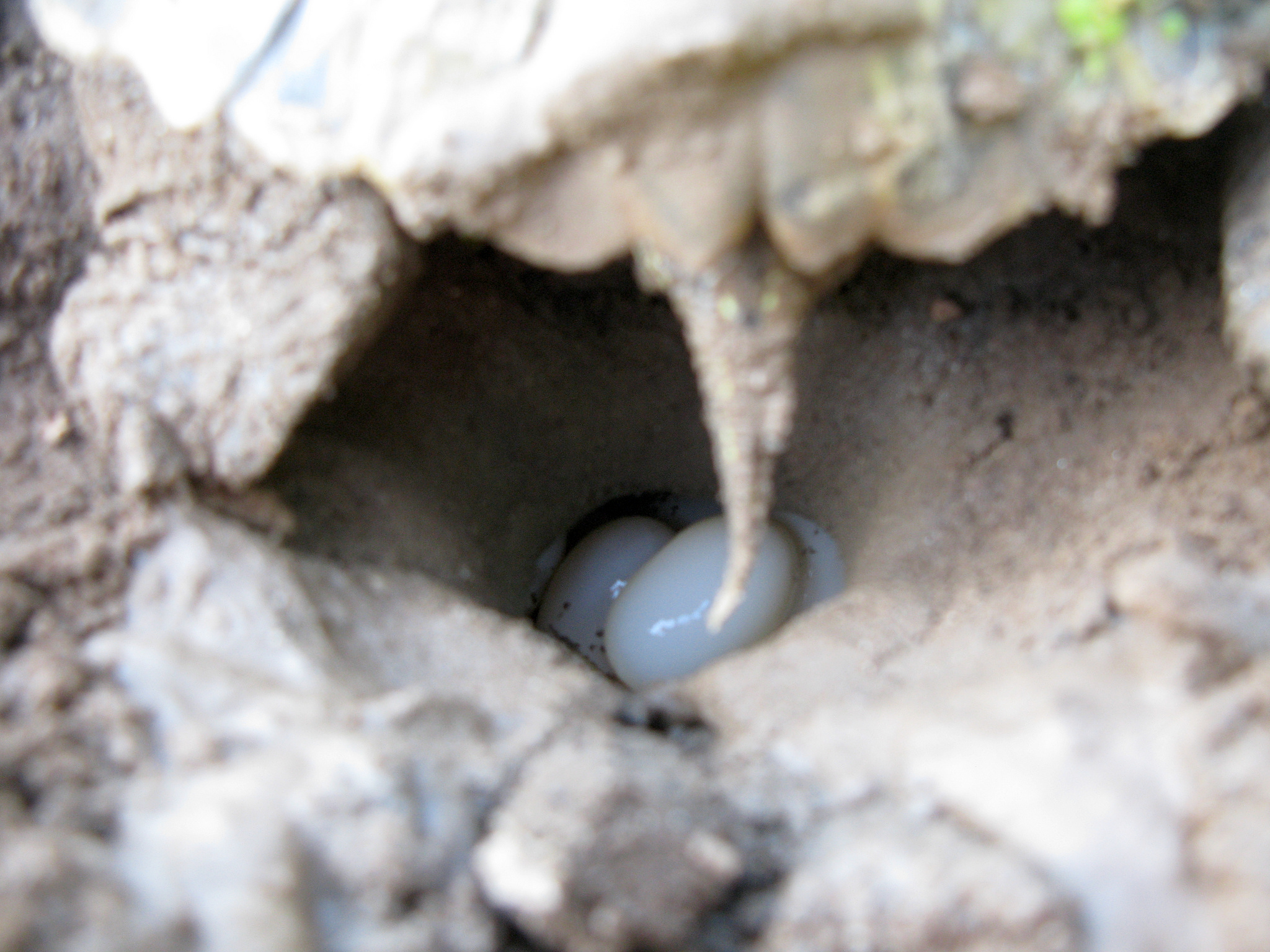 As cold-blooded species, temperature has a significant effect on the health and behavior of reptiles. Red-eared sliders, members of the order Testudines, are no exception to this rule, as even their sex is determined by an egg’s incubation temperature. The optimal incubation temperature range for this species lies between 81 and 86 degrees Fahrenheit. Laboratory studies have determined that males generally tend to be produced at cooler temperatures, females at higher temperatures, and inter-sexed individuals can be produced in the transitory temperature range. This heat-related mechanism of sex determination is quite common for most reptilian species. The more we understand it, the better we may be able to facilitate the captive breeding of conserved species, as well as study how a warming planet could influence reptile population dynamics.