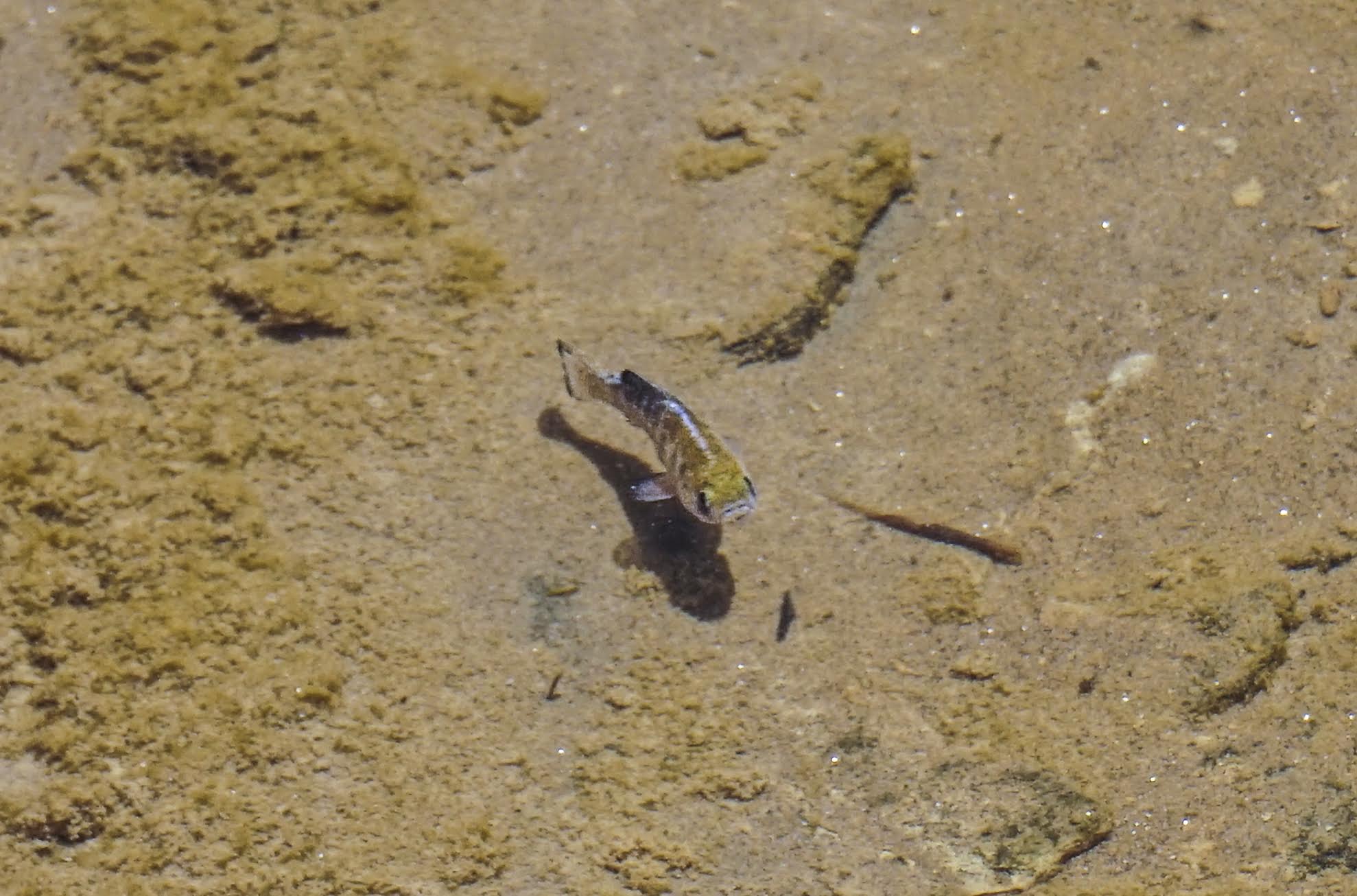 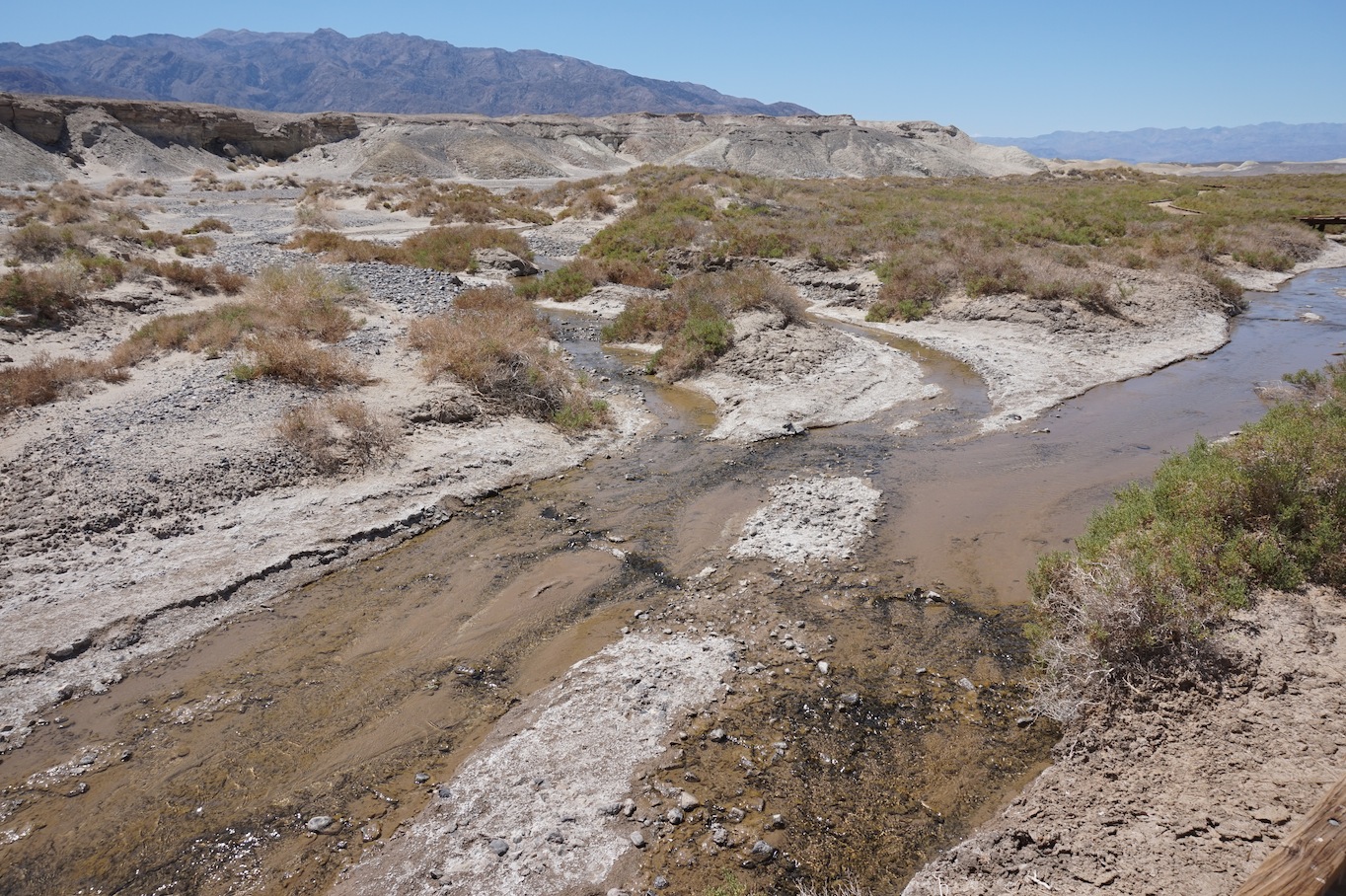 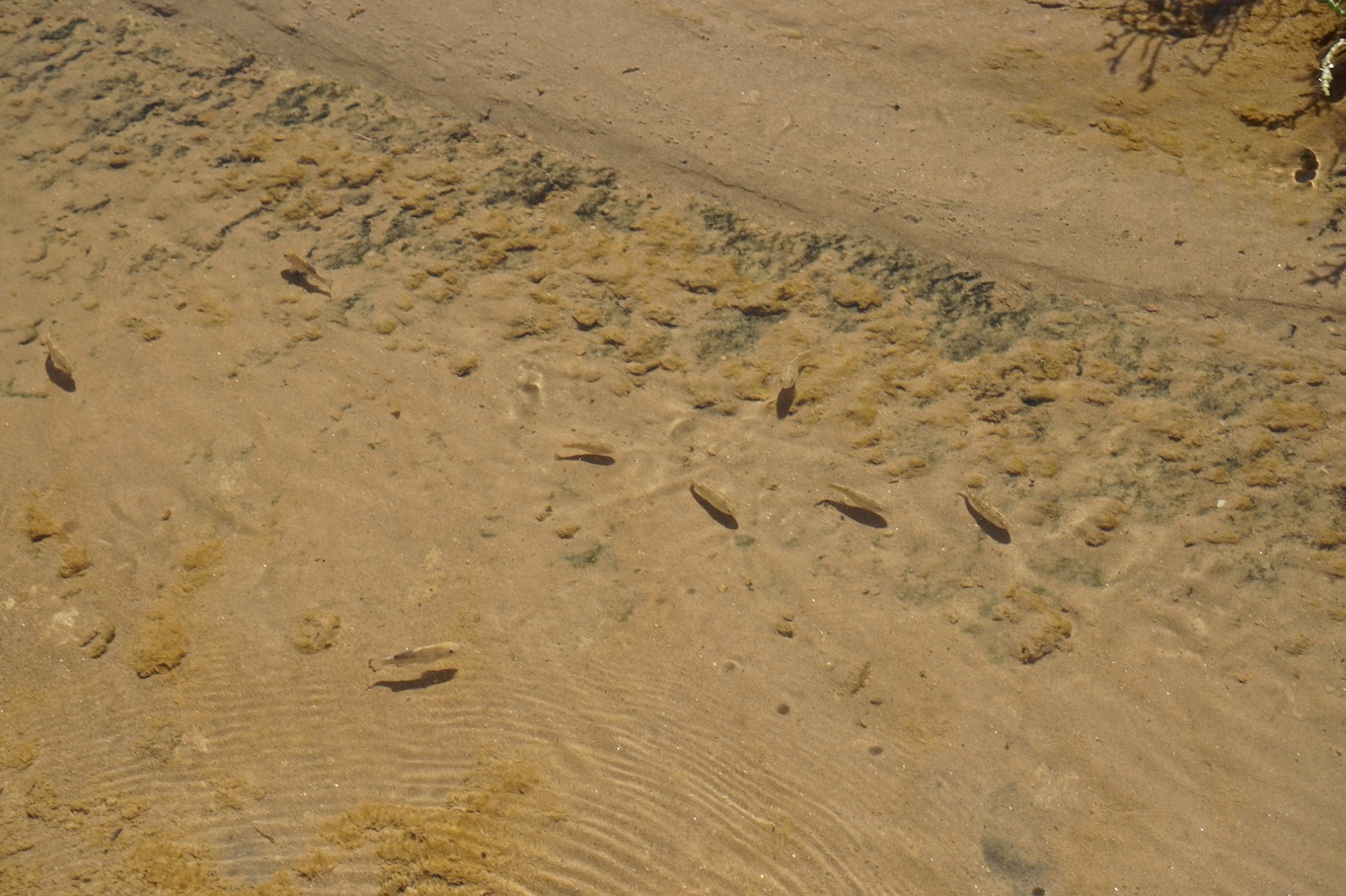 The ichthyologist and naturalist Carl Hubbs coined the term “pupfish” to describe the fishes’ seemingly playful behavior. When one of our biologists visited Salt Creek in April this year, the resident pupfish were living up to their name during the height of their breeding season. While the fish can reproduce year round, the most frenzied action occurs in the spring. They zipped up and down the shallow creek in a frantic tumble, bent on a quest to feed and reproduce. The tan colored female fish blended in with the sandy creek bottom, while the flashier males stood out more prominently in their breeding colors of yellow, purple and blue. The fish feed on algae and debris along the creek bottom, often digging into it like puppies. Life is short for a Salt Creek pupfish, just one year or less. With time of the essence, it makes sense that the little fish are constantly on the move. 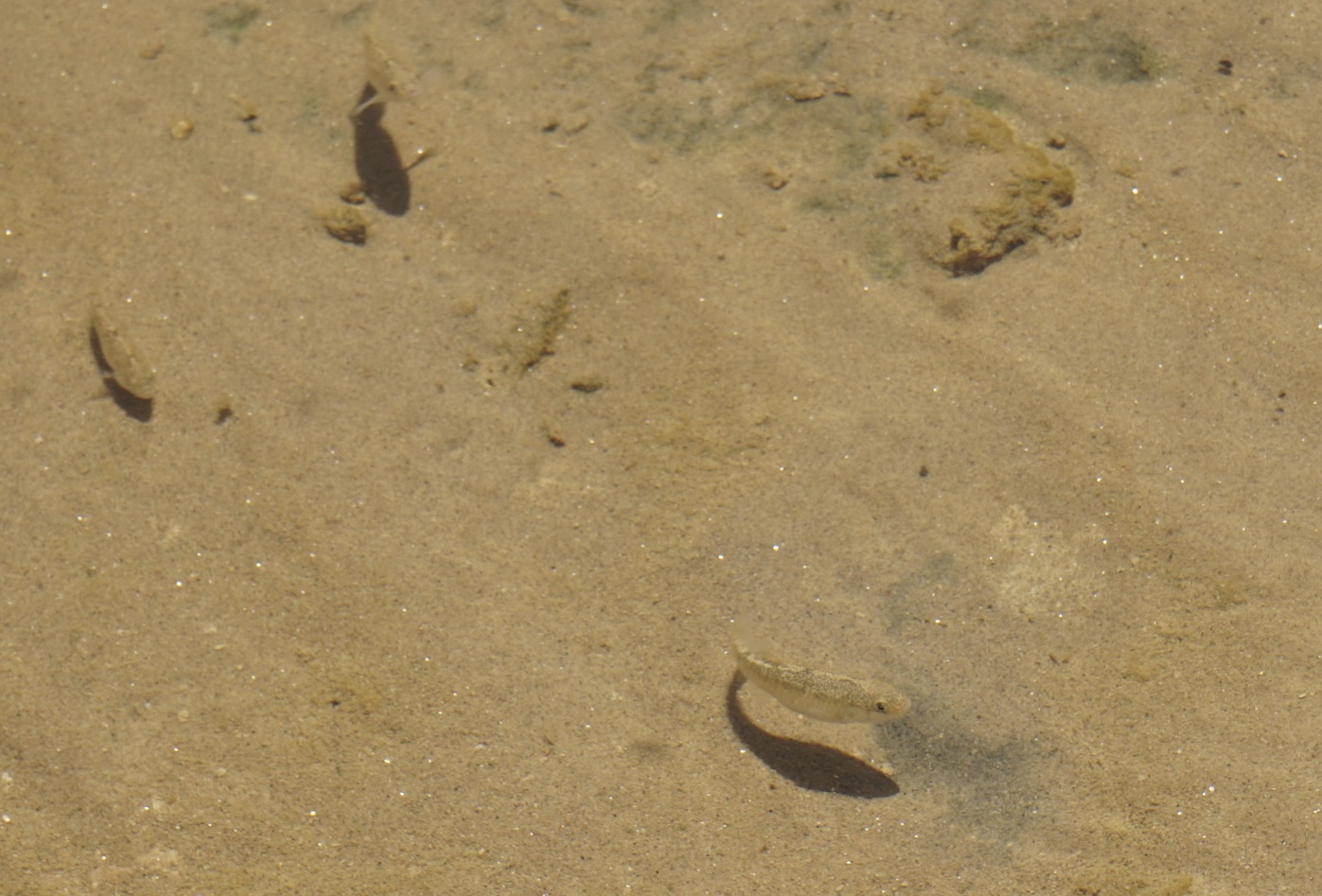