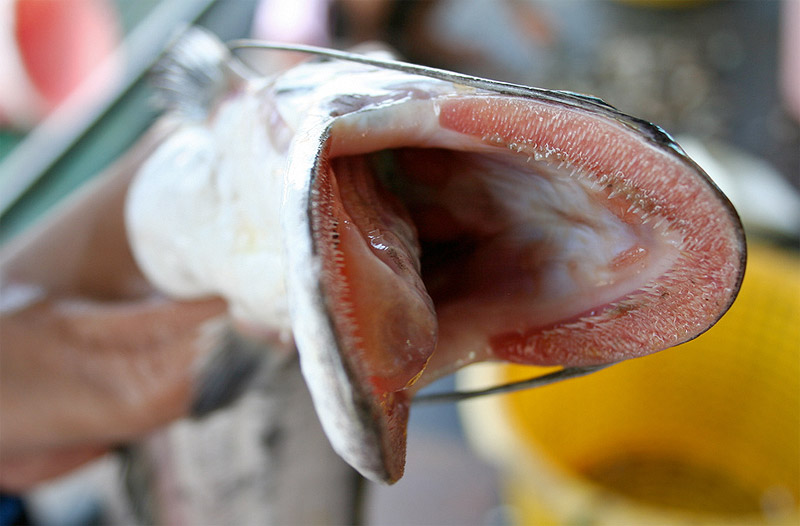 Catfishes (order Siluriformes) are an exceptionally abundant and diverse group of fishes, with species on every continent except Antarctica. With almost 3,000 known species, about 1 out of 4 species of freshwater fish is a catfish. New species are continually being described, like the Wallago micropogon in the photo above, which is only found in the Mekong River drainage area (Ng 2004). Catfish range in size from the heaviest and longest, the Mekong giant catfish, which can reach almost 3 meters (10 feet) in length, to the smaller species of Aspredinidae and Trichomycteridae that reach sexual maturity at only 1 centimeter (0.39 in). Caught and farmed worldwide catfish are an essential food species for many people and they play an important role in food security.