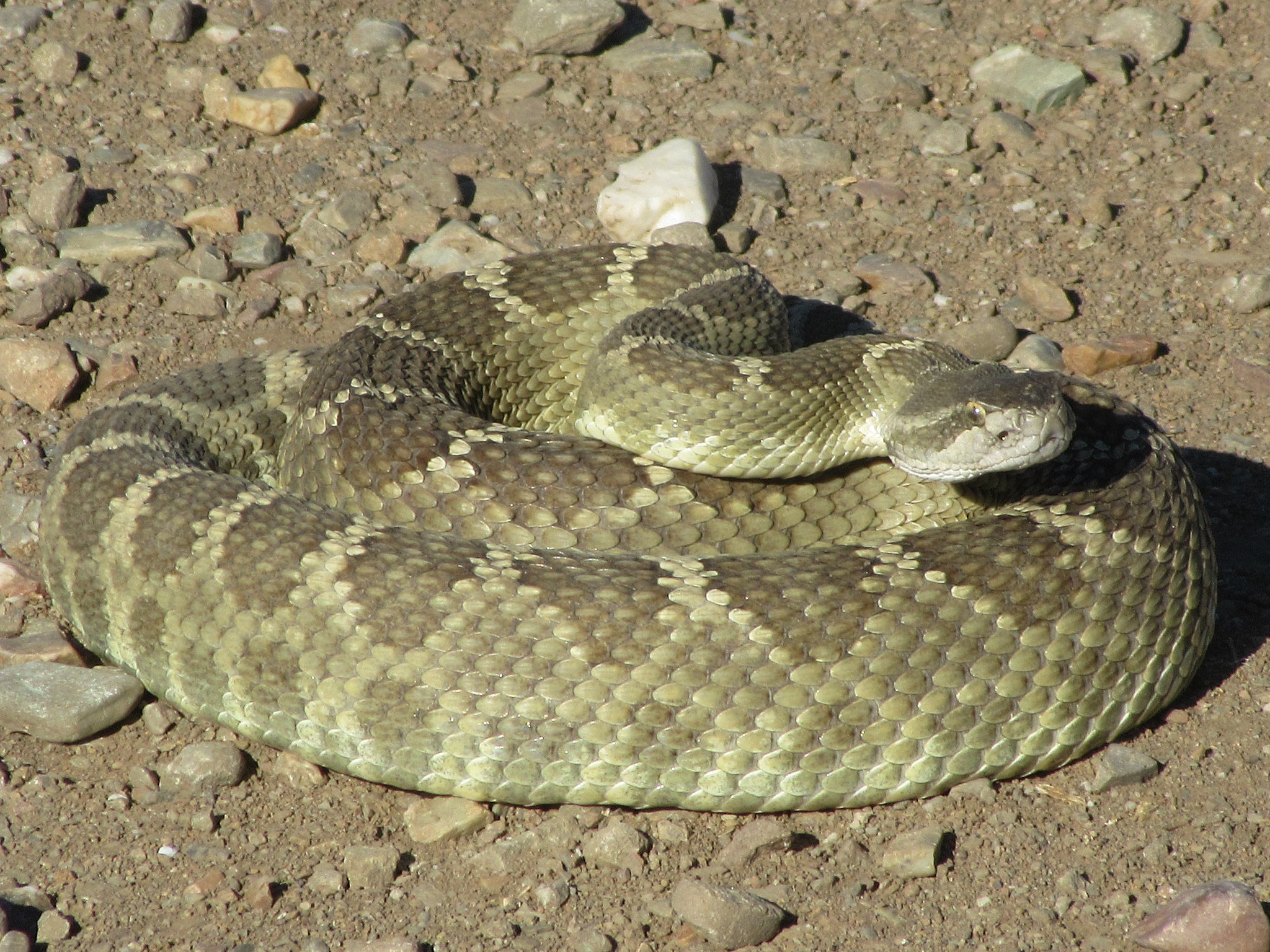 One of our technicians was lightheartedly birdwatching on her day off when she recently stumbled upon this slithery surprise in the Sierra foothills. Bird-watching is one of the most enjoyed hobbies of nature enthusiasts, and in 2016, an estimated 11.59 million people participated in birdwatching in the United States alone. Many birders relish the thrill of never knowing which bird you might encounter. However, our technician experienced a different kind of thrill when instead of bird songs and chirping, she was greeted with the distinctive buzz of a Northern Pacific Rattlesnake (Crotalus oreganus). Keeping a safe distance with the help of her camera zoom, she was able to snap a picture of the unexpected find.

We’ve encountered a number of rattlesnakes over the years at FISHBIO, and one of the serpents surprised our staff a few years back when it was found inside our rotary screw trap livebox. The Northern Pacific Rattlesnake is California’s only native venomous snake, and lives in various habitats throughout the state. While their bites are painful, they are rarely fatal to humans, especially if treated with antivenom. The rattle is a highly effective warning sign (as our technician can attest!) to signal predators to stay away. The rattle is made up of keratin segments that loosely fit inside one another, and make a rattling noise when they knock together. Every time the rattlesnake sheds its skin, it adds another section of keratin to the rattle. Generally, rattlesnakes are not aggressive, and will retreat if they are given room and are not provoked. However, in this encounter we think our technician is the one who retreated faster!