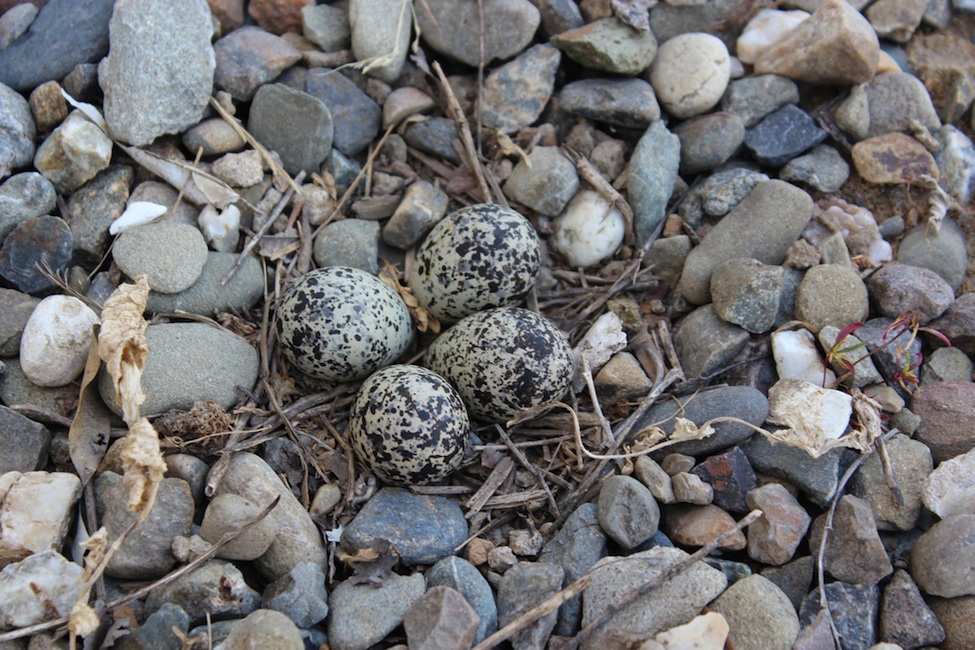 A few weeks back, one of our biologists was out behind our building in Oakdale, California, when he noticed a noisy little bird running on the ground in front of him that he immediately recognized as a killdeer. Knowing how this species behaves to distract potential predators away from its nests, he instantly began scanning the ground in the opposite direction from where the bird was leading him. Within moments, he found two speckled eggs inconspicuously positioned within a depression in the gravel ground cover. Not wanting the eggs to get accidently damaged, we placed a flag near the nest to let others know to watch their step.

Keeping an eye on our new inhabitant, we noticed a third egg the following day, and a fourth the day after that. Killdeer typically lay four eggs before incubating, a duty that is shared by both the male and female. Killdeer are well known for their broken wing dance: when a threat approaches their nest, they will begin vocalizing their alarm call, for which they are named, and will try to draw the potential danger away from their nest, often feigning injury by dragging a wing on the ground. 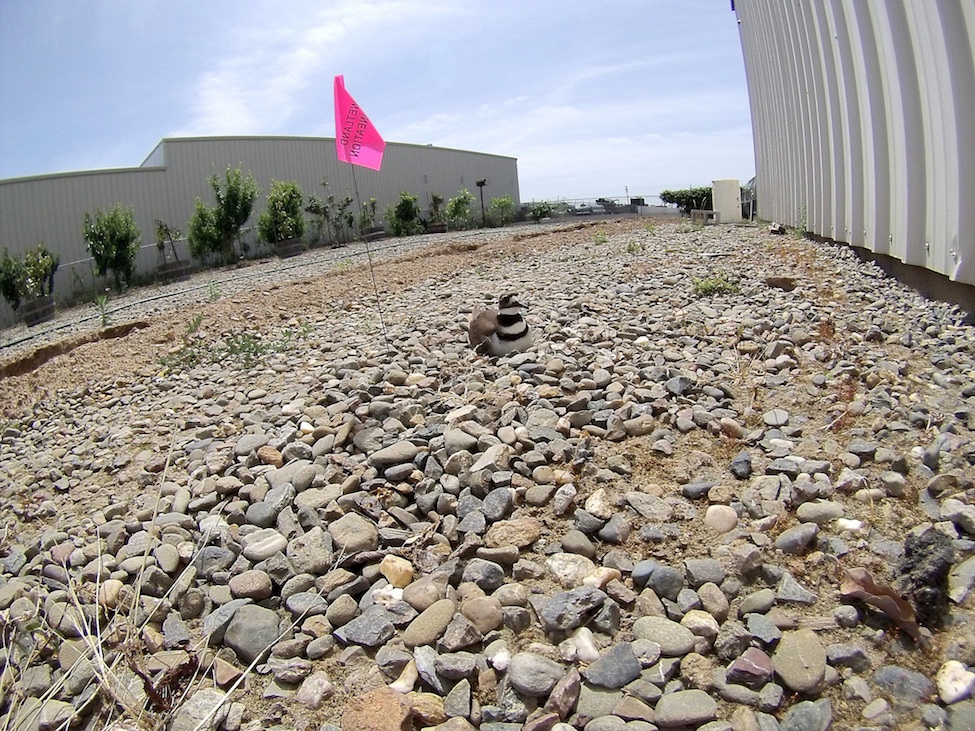 For several weeks, we enjoyed watching this killdeer nest, and even set up a camera to get some close-up shots of this attentive parent to be. We were hoping to witness the chicks hatch, but after returning from a weekend away we found the nest empty. We can only assume the chicks hatched successfully, since there was no evidence of foul play. When killdeer chicks hatch, they can immediately see and are off running as soon as their feathers dry, with little evidence remaining at the nest. Once the chicks are hatched, the parents will immediately remove the eggshells from the vicinity, a behavior seen in many shorebirds species. Even though the outsides of the eggs are well camouflaged, the bright white interior of the eggshells can attract predators.

Killdeer are technically a shorebird in the subgroup commonly called plovers, but they are at home well away from water. They can be found out in the country, often nesting on gravel roads as well as in cities in open fields, golf courses, parks, and are even on building rooftops! Many bird species have been impacted negatively by development; however, the killdeer is well adapted for urban life. We were happy to see that our backyard garden was deemed suitable nesting habitat by this particular urban killdeer.