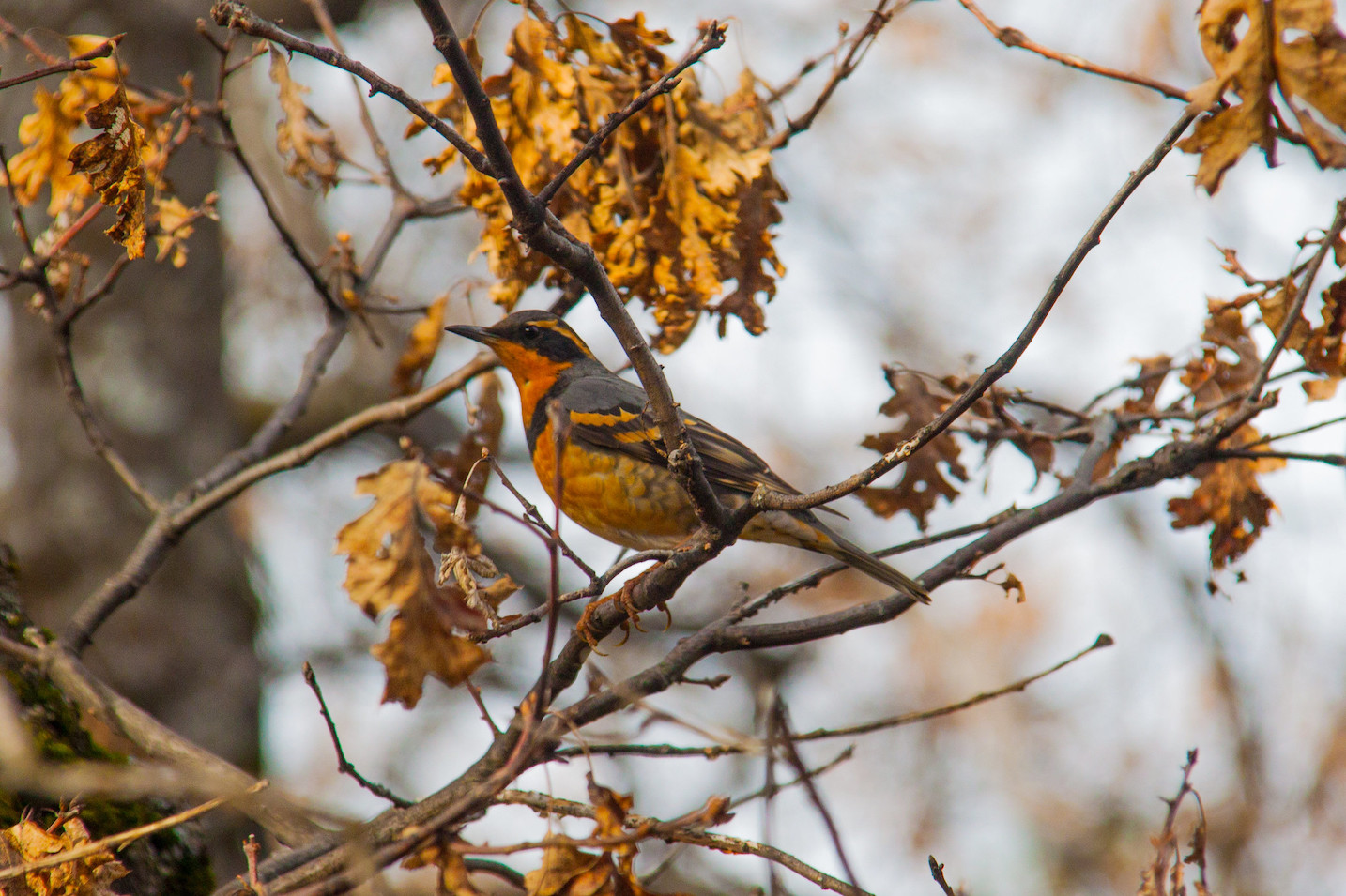 With the look of a particularly flamboyant robin, the varied thrush (Izoreus naevius) is an eye-catching part-time resident in California forests. This colorful male, spotted by one of our biologists, gives even the notoriously vibrant Bullock’s oriole a run for its money in terms of elegant orange plumage. Often seen feeding on the ground or perched low in trees, this bird is not picky about its food, subsisting on bugs in the breeding season and switching to a vegetarian diet of nuts and berries in the winter.

The thrush often nests in the understories of old-growth evergreen forests along the coast, so many of them to migrate northward in the spring, with some going as far as northern Alaska. Not all varied thrushes migrate, though – some homebodies stake out territories that are suitable year-round in Oregon, Washington, and British Columbia. For the migratory populations, males arrive at the breeding ground before the females and begin singing their hearts out to establish their territories.

Laying one to six eggs per brood and producing one to two broods per year, these birds take advantage of the rich insect resources available in riparian forests to feed their chicks. Studies have found Varied Thrushes to be especially abundant in forests near salmon streams, taking advantage of the nutrients introduced to the ecosystem by the ocean-faring fish. Although not considered rare, the 2014 State of the Birds Report lists the Varied Thrush as a common bird in steep decline. The North American Breeding Bird Survey suggests that its populations have dropped about 73% between 1966 and 2015. Because they require large patches of old-growth forests, Varied Thrushes are highly vulnerable to logging. However, their similarity in habitat needs to those of the northern spotted owl (Strix occidentalis caurina) means that varied thrushes may benefit from conservation efforts being carried out to protect the federally listed owls. Given their inextricable link to the state of the forest, a vigorous varied thrush population may be taken as a sign of a healthy ecosystem.