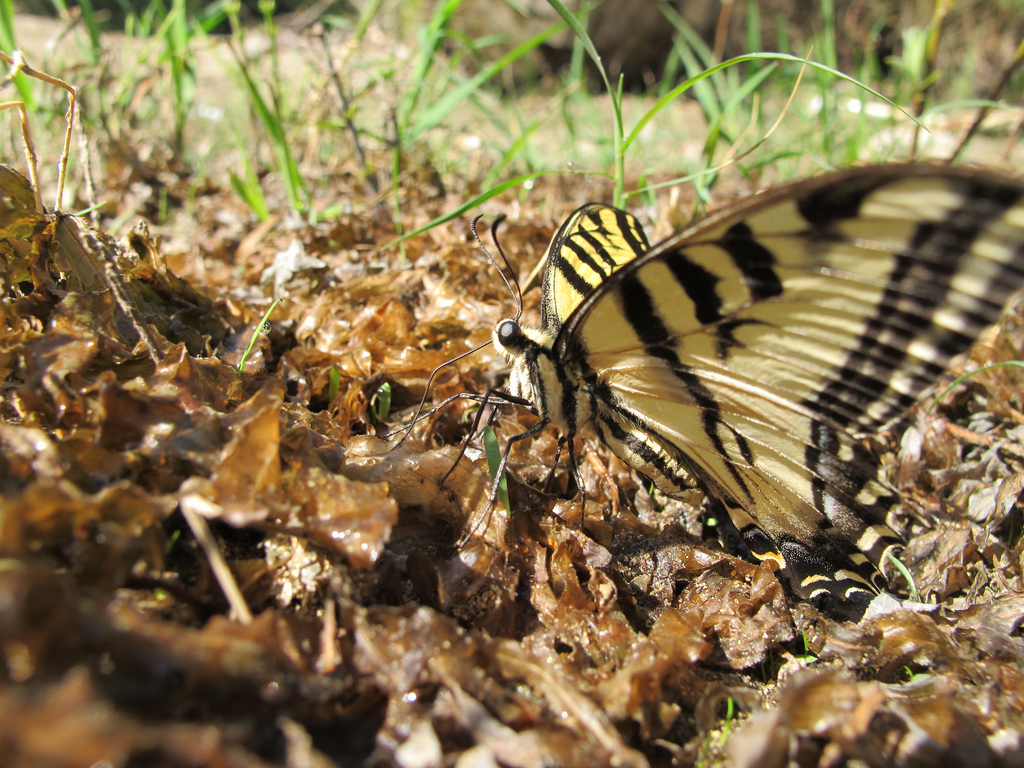 Working in rivers is an opportunity to not only observe fish, but also the land animals, birds, and insects that live alongside the river or visit it for food and water. The western tiger swallowtail (Papilio rutulus) is a large, beautiful butterfly that is always a delight to spot while at the river.  They are frequently found along streams because their caterpillars feed on the leaves of riparian trees such as cottonwoods, willows, and aspens. Adult tiger swallowtails feed mostly on the nectar of various local flowers. Sightings of these butterflies peak in late June through early July when most emerge from their cocoons. They are usually very active, constantly fluttering about high in the air, but they also sometimes stop to drink from stream banks or from the dew on leaf litter, like the individual pictured above. You can see the butterfly’s long, tongue-like appendage, called a proboscis, in this photo. 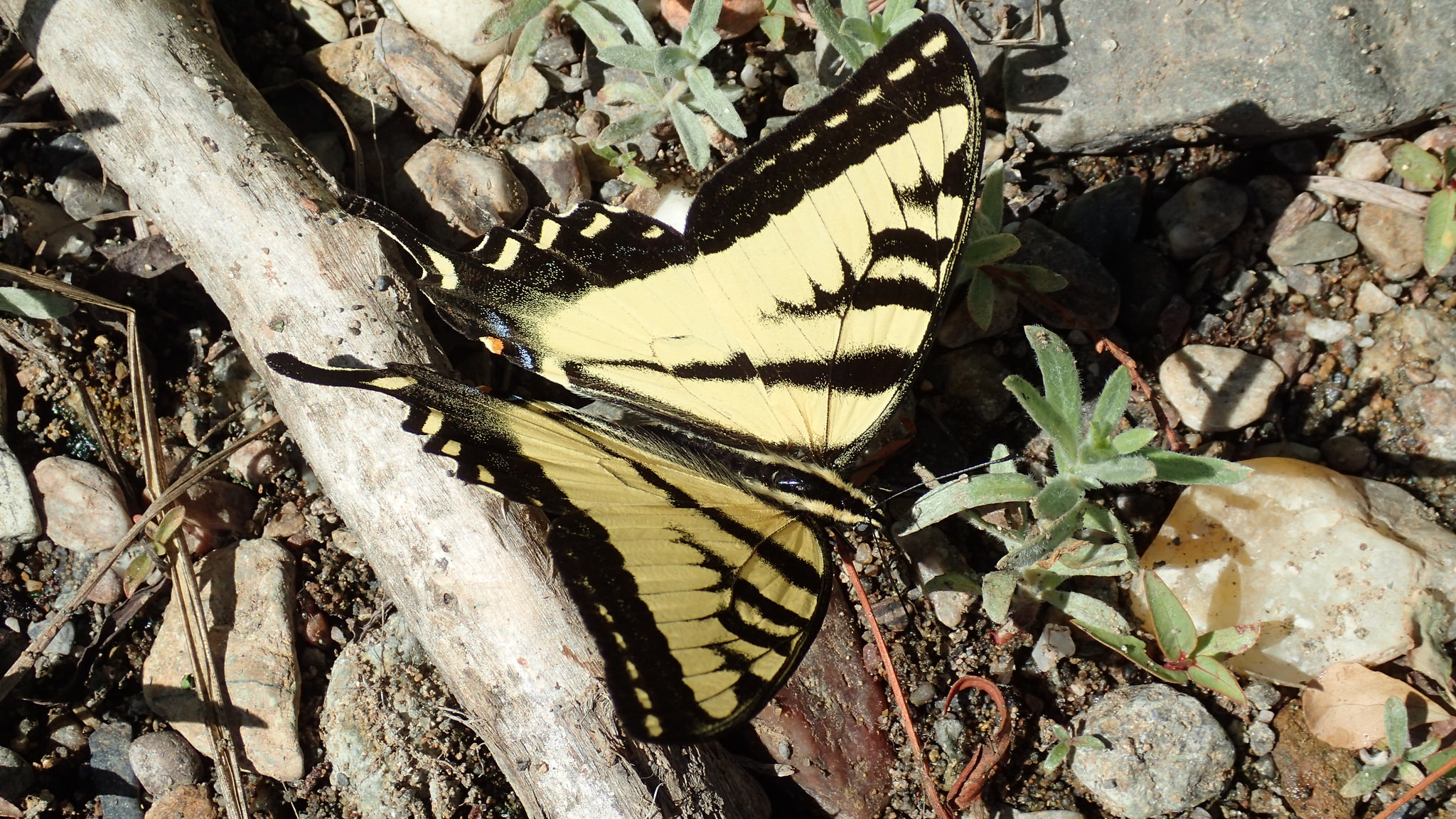 The western tiger swallowtail is found throughout western North America, and a similar-looking species is common to the east.  A few look-alike swallowtail species also live on the West Coast, such as the anise swallowtail, the pale swallowtail, and the two-tailed swallotwail. Western tiger swallowtails can be identified by their wing pattern of black stripes on a bright yellow background and the single “tail” on each of their wings. The caterpillars are large and green with yellow and blue eyespots. Eyespots are thought to be a form of mimicry that makes caterpillars look like possibly dangerous snakes to potential predators. This defense seems to do nothing to protect them from curious children, though, who love to pick them up and examine them closely.

If you aren’t lucky enough to witness a western tiger swallowtail in the wild, but do happen to have a green thumb, then you can try to get them come to you by creating a “butterfly garden.”  Butterfly gardens are a simple and rewarding way for anyone to create vital wildlife habitat in their own backyard. A butterfly garden may simply consist of some native flowers, some host species that butterflies lay eggs and pupate on, and a water source. Your garden will not only be made more enjoyable by your new butterfly residents, but it will also help other plants and animals throughout the food chain. There was even a local case where a butterfly gardener in San Francisco has helped conserve an imperiled species of swallowtail. So why not give it a try and make your yard butterfly friendly? Next spring you may have some hungry caterpillars on your hands.