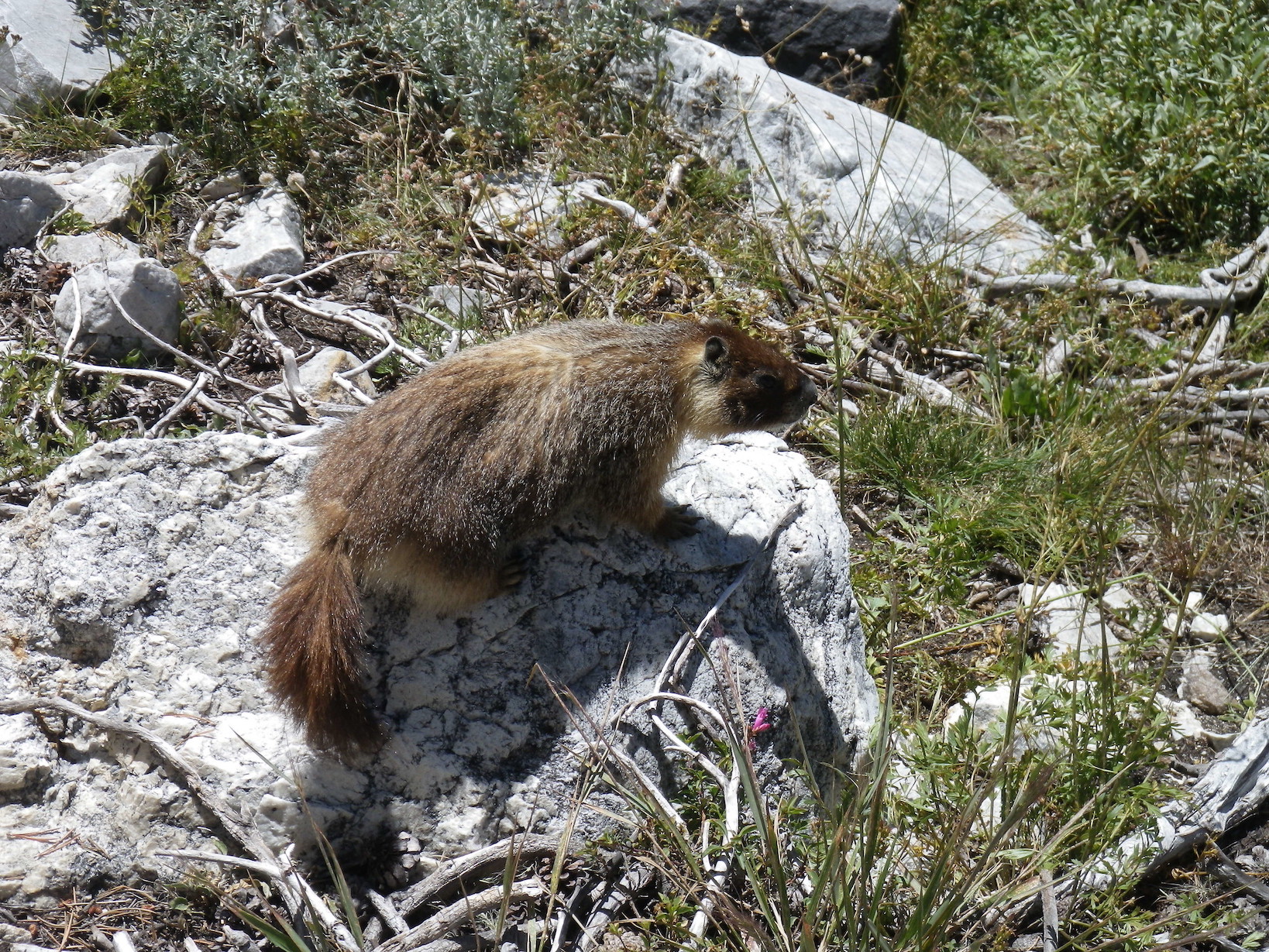 Despite their first impression, the yellow-bellied marmot is not an overfed hamster. These rodents are a member of the squirrel family, and have the scientific name Marmota flaviventris.  Full grown males average around 8-9 pounds, while females are generally smaller, usually around 6 pounds. These creatures live up to their name, as their darker coat of reddish-brown fur turns to a lighter yellowish shade on their underside.

Marmots have adapted to be large with  thick coats of fur due to living in high-elevation areas that can be cold and experience extreme winter conditions. Their habitats are usually average  2000 m in elevation and range from Canada through the western United States, including British Columbia and the Sierras. These chunky mammals are typically not short on food for survival, as they have an abundance of sustenance in most of their habitats until wintertime, which is when they cozy up to hibernate. Their diet is fully herbivorous, consisting of grasses and flowers, and largely of seeds towards the end of summer. These critters are often seen during the day foraging for food or laying in the sun. After their hibernation ends in spring, they are in mating season, and females reproduce with litters of 3 to 8 pups. 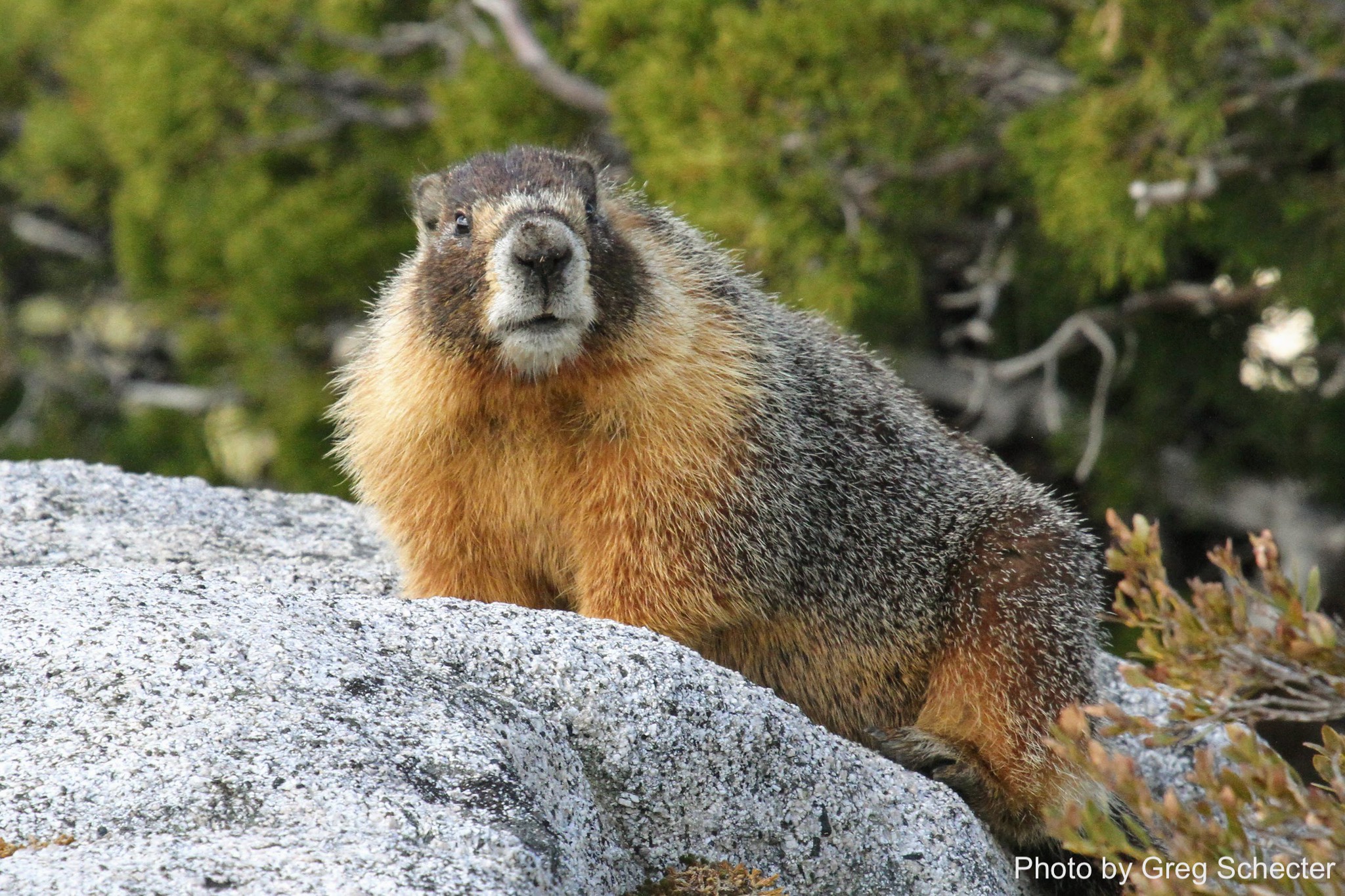 These yellow-bellies live in communities called colonies, which consist of approximately 10-20 marmots. These colonies burrow and create a network of underground tunnels to live in, which offer shelter from the natural environment as well as from being preyed upon by other animals. Marmots have to worry about a numerous predators both on the ground and from the sky, with their largest concerns being coyotes, bears, badgers, and eagles native to their area. While some species of marmot are endangered, such as the Vancouver Island marmot, yellow-bellied marmots are not of conservation concern. Their populations are relatively stable, and are listed as “least concern” by the IUCN. This is fortunate because these golden fur balls play key roles in their ecosystems, both as sources of food for predators as well as seed dispersers.