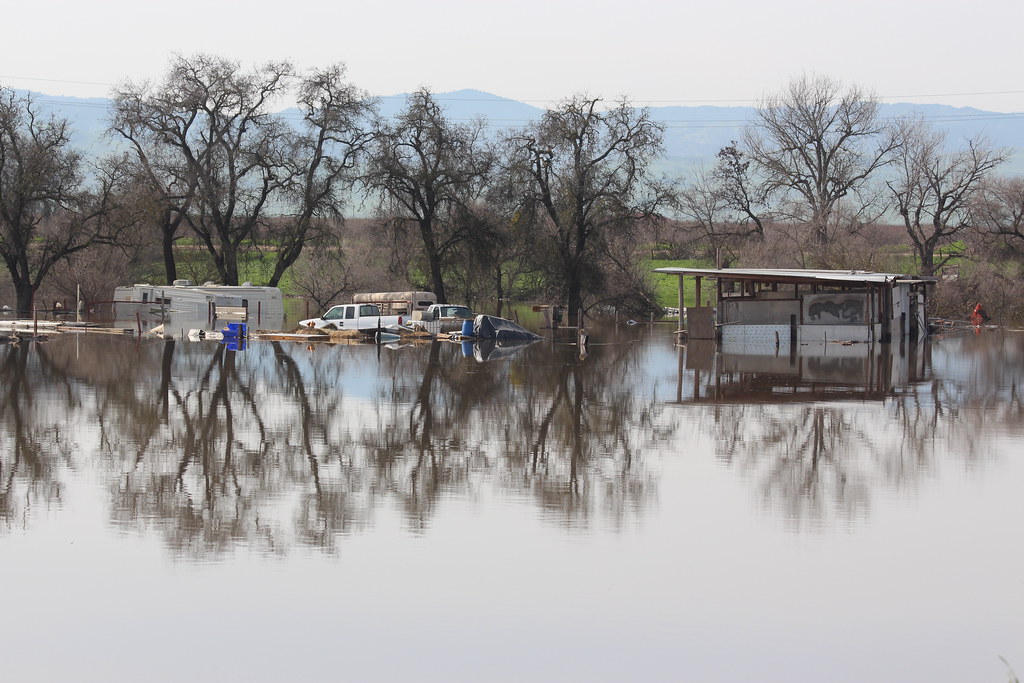 Floods have been very much in the news and on the minds of Californians this year, from the mass evacuations downstream of the Oroville Dam to the flooding of San Jose. While floods make headlines for their toll on homes and businesses, their impact on wildlife and the greater ecosystem can go overlooked. Flooding can be a boon or a burden to fish populations, depending on its magnitude and timing. Flood waters can create important fish habitat where they are allowed to fan out in floodplains. As demonstrated by the Nigiri Project, juvenile salmon grow larger when they can rear in floodplains thanks to the slightly warmer water and abundant food supply. Fish benefit when the rivers run high enough to inundate large floodplains like Sutter Bypass and Yolo Bypass, although fish can also get stranded once flood waters recede.

However, too much water at the wrong time can destroy fish nests, and even reshape fish habitat. Biologists are concerned that winter storms may have washed out many redds of critically endangered coho salmon in Lagunitas Creek in Marin County. On the Sacramento River near Redding, officials are anxious to examine a newly constructed side channel with spawning habitat for endangered winter-run salmon. Managers are concerned the recently placed gravel may have been washed downstream when flows reached 79,000 cfs in February. Storms also reshuffled the carefully placed gravel, cobble and boulders engineered to restore the Carmel River for steelhead passage after the removal of San Clemente Dam. Recent photos show the restored river channel looks greatly altered from when our staff toured the site in 2016, and project managers will be determining if additional maintenance is required. 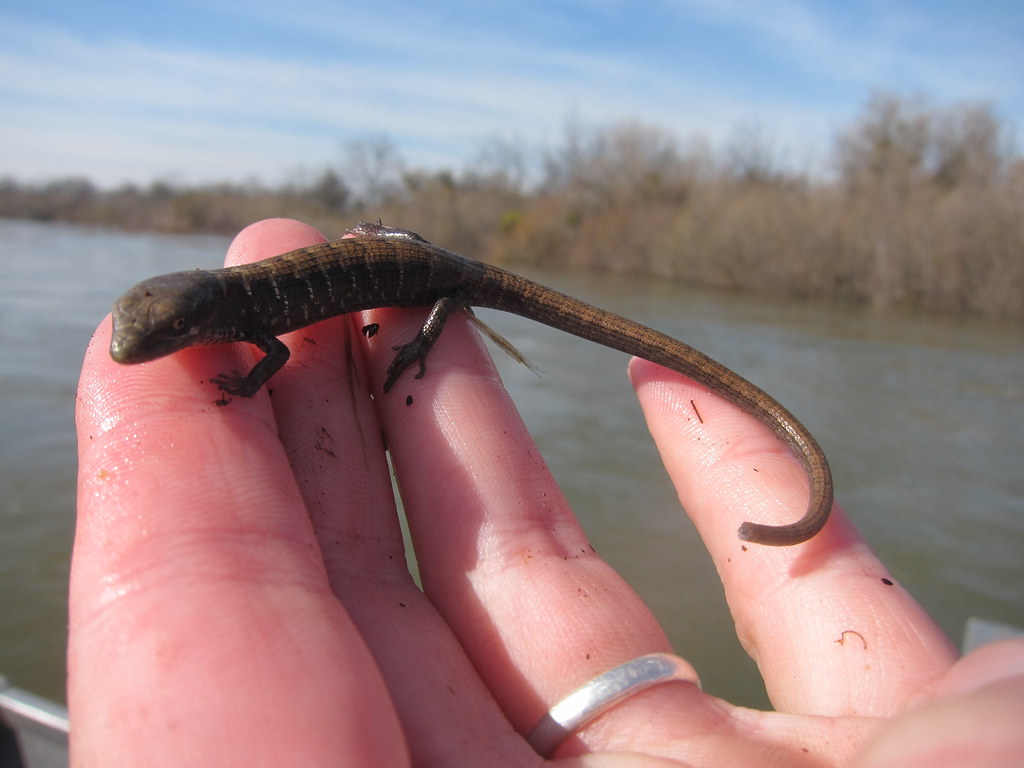 Wildlife living in low-lying areas along rivers can be displaced or even killed when floodwaters rise. Our staff recently encountered dozens of California ground squirrels that had drowned when their burrows were inundated along the Tuolumne River. We have also discovered an unusual number of reptiles washed into our fish traps during some recent high flows, which we happily transported to higher ground. Some, however, were not as fortunate. Stress from flooding may also have assisted avian cholera in killing nearly 4,000 water birds in the Yolo Bypass in January. For most species, flooding is a natural occurrence that that can be recovered from, but the effects can be devastating for small populations of threatened or endangered species. A rescue effort was launched in February to capture riparian brush rabbits from the San Joaquin River National Wildlife Refuge and relocate them to higher ground. Riparian brush rabbits are only found in a few locations along the San Joaquin and Stanislaus rivers, so a single flood event could drive the species to extinction. Historically, riparian zones were much wider with expansive floodplains where water could spread out for miles, and were intermixed with upland areas where wildlife could seek. However, floodplain and riparian habitat today is confined between levees and bordered by agriculture and urban areas. 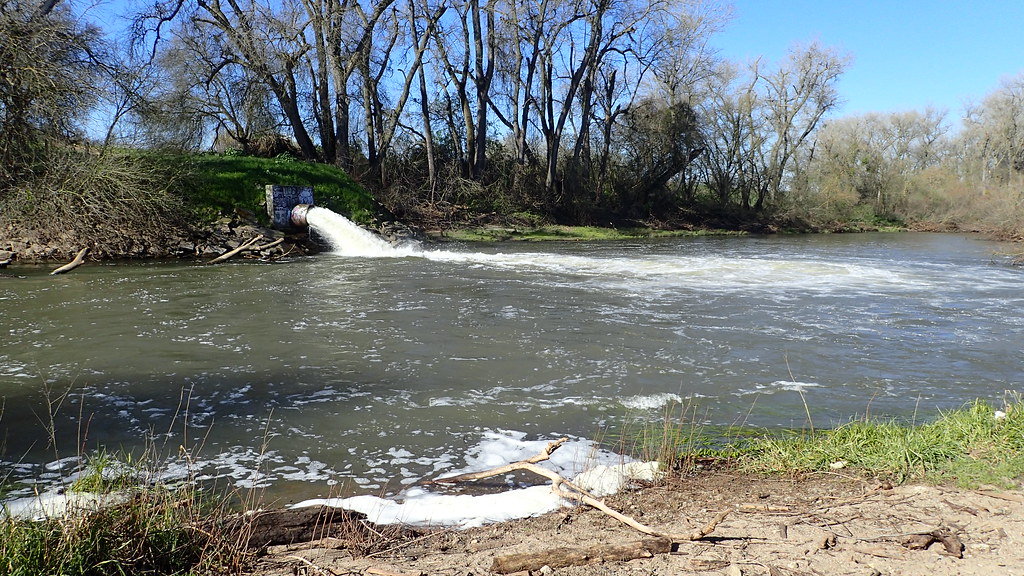 Degraded water quality is another ecological hazard of flood events. Floodwaters can pick up pesticides, fertilizers, pharmaceuticals, pathogens and fecal coliforms as they extend into agriculture fields and livestock facilities. Sewage spills or discharges also pose a risk to water quality during periods of excessive precipitation and flooding. In January and February of this year, more than 1 million gallons of wastewater have been discharged into waterways in the Sacramento region, and the City of Modesto recently began discharging partially treated wastewater into the San Joaquin River. Broken pipes and excessive water overwhelming treatment facilities are often the cause of sewage spills. Trash and debris from homeless camps, flooded homes and farms, and overturned trash cans are also carried downstream and deposited along river banks as flows recede. Polluted water can be a health risk to people and can have major impacts on the ecosystem and wildlife. Our crews have noticed an abundance of litter piling up along our waterways in recent weeks; fortunately, cleanup efforts are underway in some watersheds. Flooding is a mixed bag for California’s rivers, but after a long drought, the benefits will hopefully outweigh the costs, especially for fish.