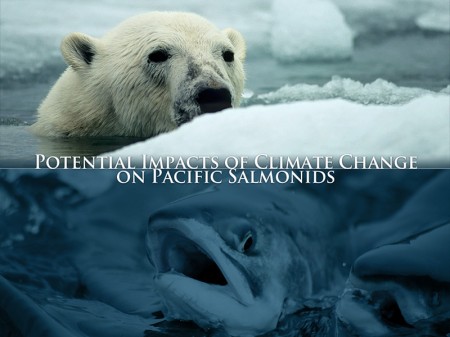 Bioclimatic envelope modeling is a tool that combines climate scenarios with the physical tolerance and habitat preferences of a given species to predict which habitat areas will be suitable for that species in the future. FISHBIO has developed bioclimatic envelope models to predict the future distribution of Chinook salmon in western North America, based on global climate change scenarios and environmental characteristics of current salmon distributions. Major climate factors that will influence salmonid distributions in their freshwater habitats include changes in the type, amount, and timing of precipitation, as well as changes in flow regimes and water temperatures. We presented this work at the 2009 International Congress for Conservation Biology in Beijing, China.