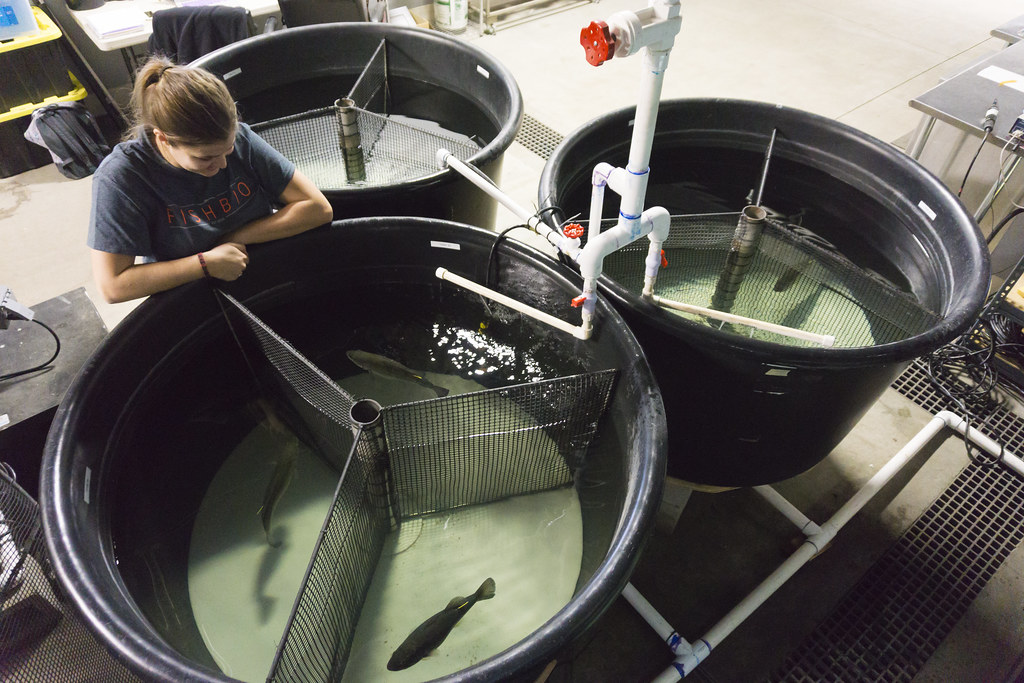 Not only can predatory fish take a bite out of salmon populations, they can also mess with studies of fish survival. Tagging and tracking fish with acoustic tags is an important method for understanding how young salmon move and survive. However, this depends on a critical assumption: that the acoustic tag only represents the movement of the tagged fish, and not a predator that has consumed it (Gibson et al. 2015).  This assumption has received little attention until recently, when multiple researchers started suspecting possible predation events in their field studies (Perry et al. 2010, Buchanan et al. 2013). Once a tagged fish is eaten, its tag may still transmit data on the movement of the predator fish, which can skew survival estimates and lead to false conclusions. This prompted researchers at HTI-Vemco USA, Inc. (HTI), to develop new acoustic tags that can track fish movement with a unique function – the ability to detect predation in the wild. Scientists at FISHBIO are partnering with HTI-VEMCO to test the latest version of these tags, termed the Predator Detection Acoustic Tag (PDAT) and the V5 Predation Tags, at our newly renovated fish lab facility (see the lab come together in our new video).

Numerous environmental stressors have contributed to the decline of salmon populations throughout California’s Central Valley, such as the loss of suitable habitat for spawning, water diversions that manipulate flow and affect migration, and predation of juvenile salmonids by nonnative piscivorous predators. Limiting the threat of predation on juvenile salmonids is a topic in need of management actions. However, the extent of predation and its role in salmon declines has yet to be entirely understood, in part due to the difficulty of detecting predation in the wild.

Acoustic telemetry is a common method for studying the movement and behavior of fish, and can be influenced by predation. Fisheries researchers implant fish with small acoustic tags to remotely track their movement with the help of strategically placed acoustic receivers, which detect signals emitted by a tagged fish as it swims by. Acoustic telemetry is commonly used to estimate juvenile salmonid survival through specific river reaches, as well as to assess behaviors near dams, diversions and predatory “hot spots.” For example, the Vernalis Adaptive Management Program (VAMP), a long-term study looked at the movements of acoustically tagged juvenile salmon released in the San Joaquin River over 12 years. Predation on tagged fish was believed to be as high as 65% during the 2010 year of the VAMP study (Vogel 2011). Current methods to detect predation in acoustic tag studies are highly subjective, time consuming, and require many assumptions that are not always met (Romine et al 2014). Fisheries researchers generally agree that advancements in current technology are needed to make more accurate conclusions on juvenile salmonid survival. 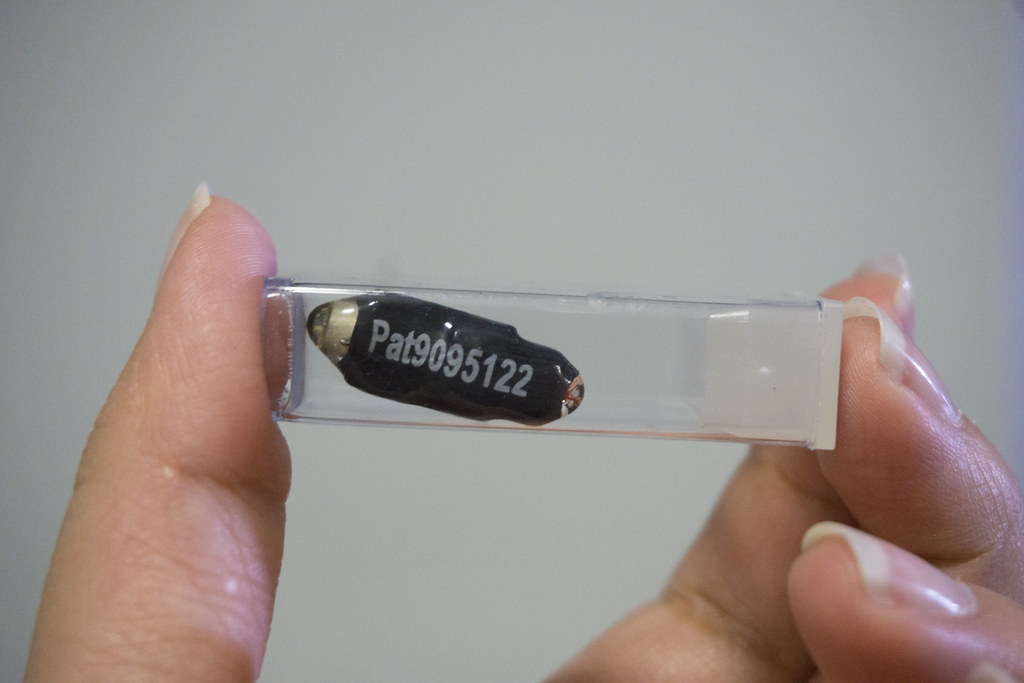 The new tags from HTI-Vemco are one such an advancement.  The fundamental properties of both predation tags are the same: a digestible fuse on the tag dissolves when it comes into contact with enzymes in the predatory fish’s stomach. This triggers a unique signal to the acoustic tag receiver that essentially tells researchers, “I have been eaten.” FISHBIO and HTI are currently testing these tags at the fish lab at our Oakdale office, with adult largemouth bass serving as predators and hatchery juvenile rainbow trout serving as prey. To understand the tag’s abilities, live juvenile trout will be implanted with the special acoustic tags and fed to largemouth bass. We will be collecting data on the tag’s performance in detecting predation and how long it takes for the tag to be evacuated from the predator. This information collected in the lab will assist in making these tags field ready in the near future. We are excited to be working with this new technology that has a wide range of potential uses, including helping researchers better understand the role of predation on juvenile salmon survival in California’s highly impacted Sacramento and San Joaquin Delta.