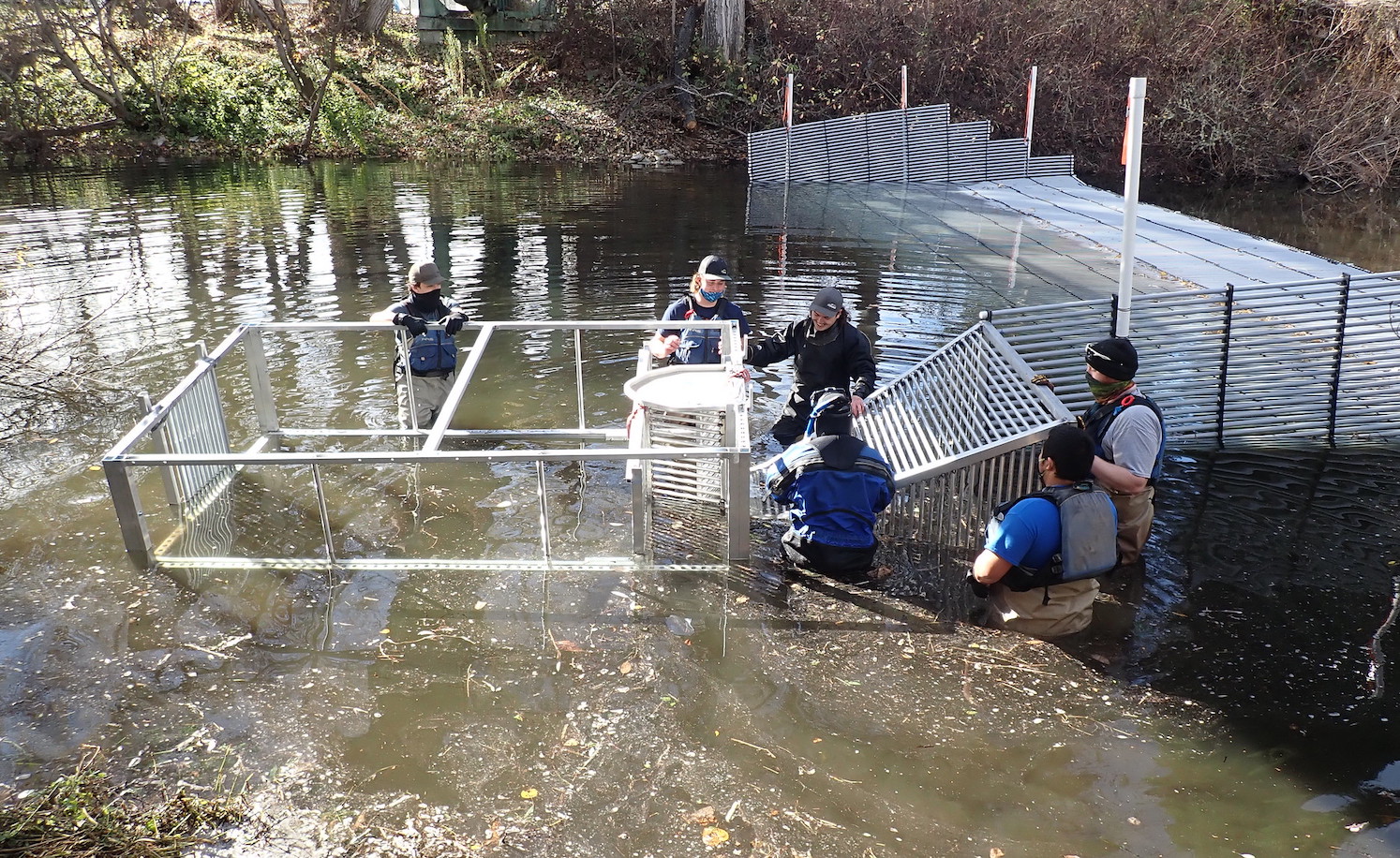 One of the most fundamental challenges for freshwater fisheries biologists in California is monitoring the peaks in migratory fish movement that tend to happen shortly after rains lead to high river flows. More water makes fish passage possible, but also means deeper channels, swift flows, and turbid water, creating a catch-22 in which most fish movement occurs during the times when it is most difficult to detect fish. Fortunately, biologists and managers have a number of tools at their disposal to aid in this challenging task. One such tool is a weir, a kind of fence that spans the river and corrals fish into a passageway where they can be counted or captured and tagged. FISHBIO recently fabricated and installed just such a device on the lower Carmel River to prepare for the upcoming migration season for steelhead (Oncorhynchus species).

Compared to the large rivers of the Central Valley, the 30-mile-long Carmel River is quite diminutive. It is also prone to intermittent flows, and historic estimates suggest that prior to the construction of dams in the upper river, it may have had year-round flow for only about six out of every ten years. Despite this, the Carmel is one of the most productive steelhead streams on the Central Coast, and home to the federally threatened South-Central California Coast (S-CCC) distinct population segment of steelhead. As the river swells with winter rains, the seasonal sandbar that typically forms a lagoon at the mouth of the river will eventually be breached. This allows juvenile steelhead rearing in the lagoon to make their way to the ocean, and adult steelhead to pass upstream to spawning grounds. Since 2017, FISHBIO has helped monitor the downstream migration of juvenile and adult steelhead at Los Padres Dam on the upper Carmel River, and now the installation of a weir just upstream of Carmel Lagoon will help to monitor steelhead movement in the lower river.

Every river is different, and a weir must be custom-built to suit the unique characteristics of each. On the Carmel, FISHBIO fabricated a specially designed resistance board weir for the Monterey Peninsula Water Management District (MPWMD), which intends to trap adult steelhead returning to the river to spawn and implant them with passive integrated transponder (PIT) tags. Antennas operated throughout the system will be able to detect these tags and provide data on when and where fish are moving. The weir will also help trap striped bass (Morone saxatilis), a non-native predator known to consume steelhead smolts as they migrate out to sea. The weir has one-inch picket spacing – a width that blocks adult steelhead movement and channels them into the trap, while still allowing juvenile steelhead to pass through downstream – and spans the entire 75-foot width of the channel. 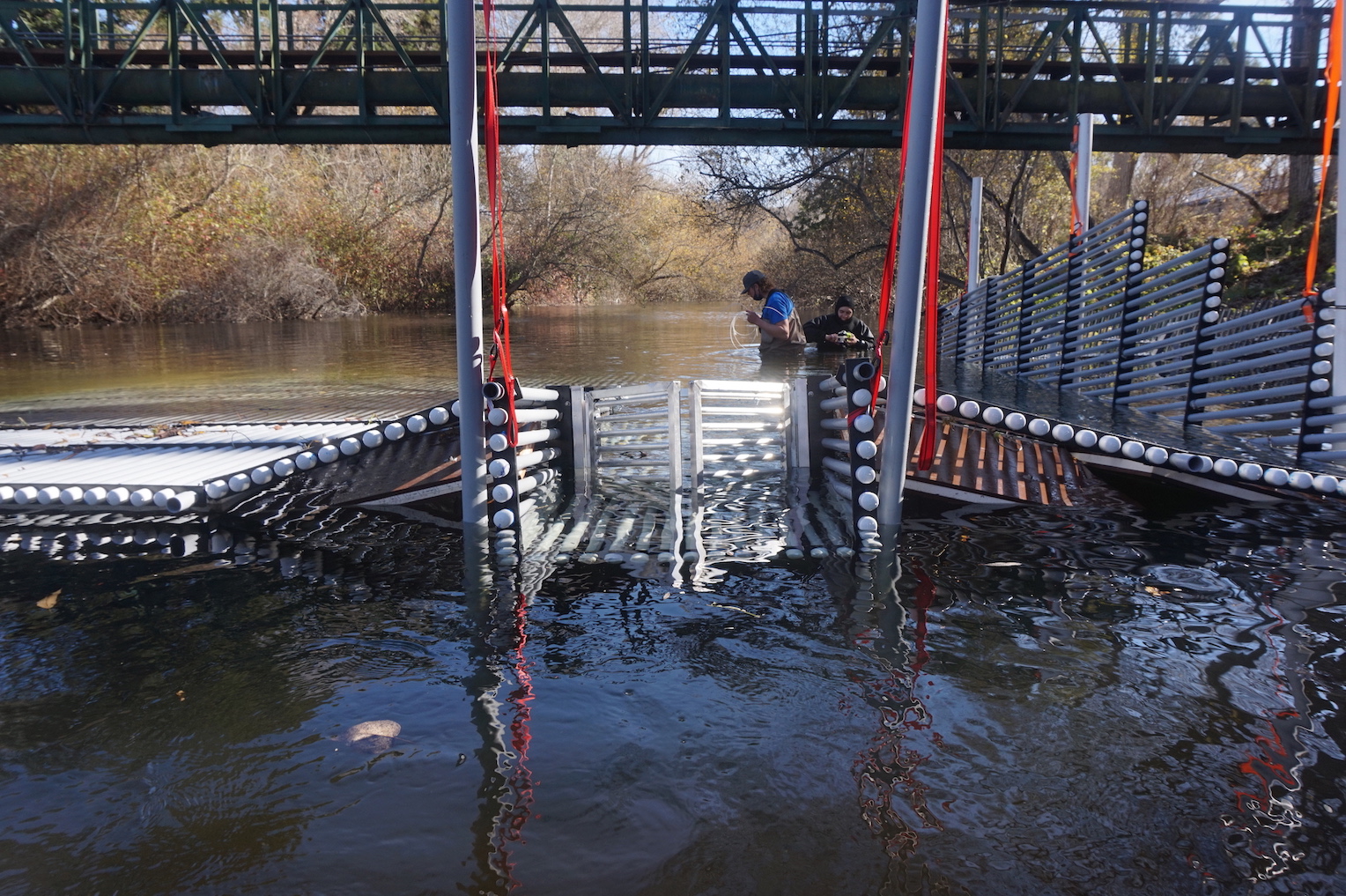