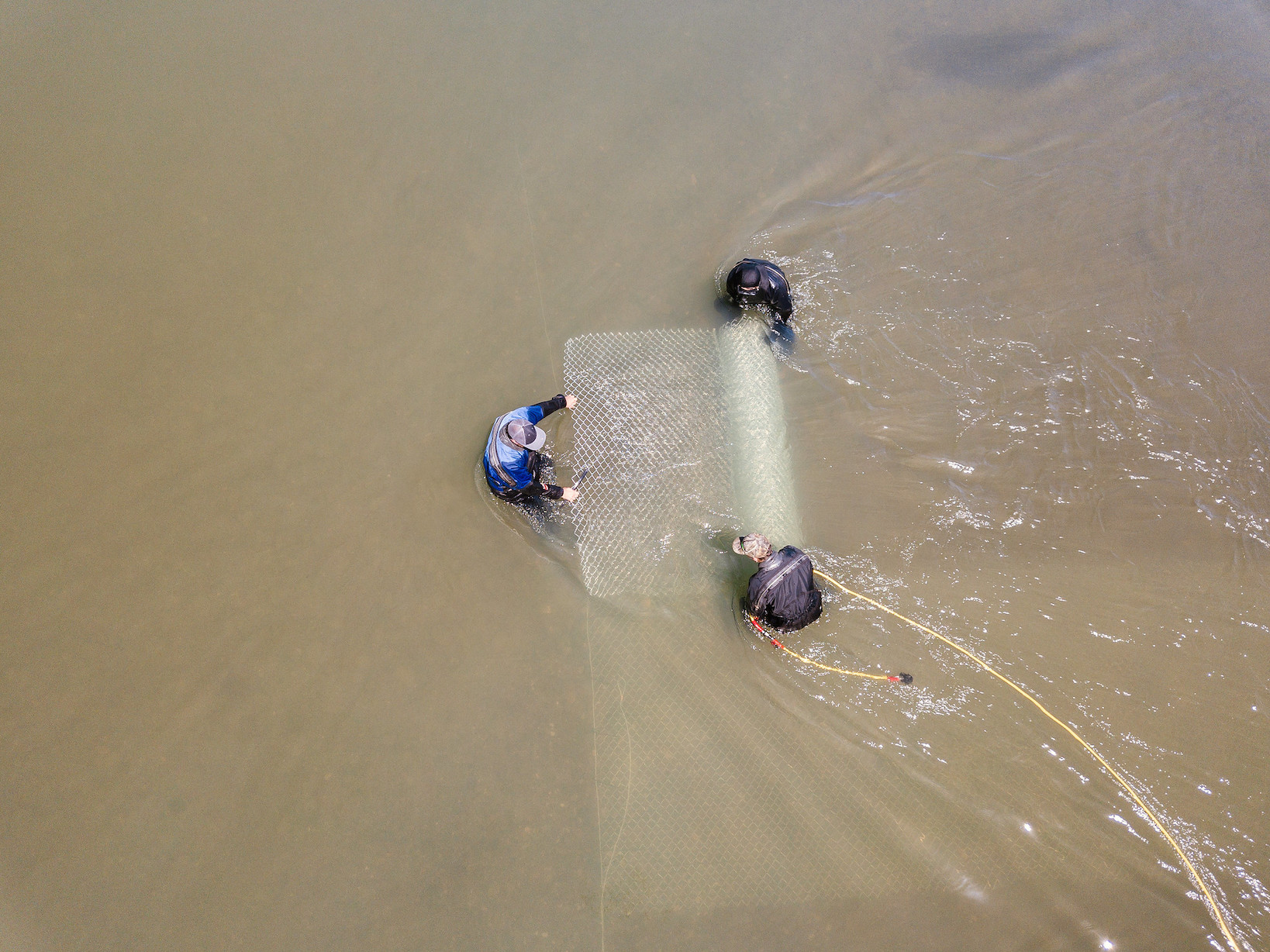 Over the years we have spent a lot of effort helping fish to spawn on both sides of the Pacific Ocean, yet occasionally a project comes along that requires us to do exactly the opposite. We recently completed one such project to prevent the spawning of Chinook salmon in the Sacramento River. While this may seem a bit odd, considering recent efforts to bolster salmon populations in the basin, we were tasked with preventing spawning in a small area of the river in order to facilitate the construction of a new bridge at Jelly’s Ferry near Red Bluff, California. The bridge, originally constructed in 1949, has begun to deteriorate in recent years and is currently closed to traffic. Prior to construction of the new bridge, we were charged with placing an anti-spawning mat along the river substrate in a particularly favorable-looking area of gravel downstream of the bridge, in order to ensure that potential spawning activity by Chinook salmon did not interfere with construction activities. 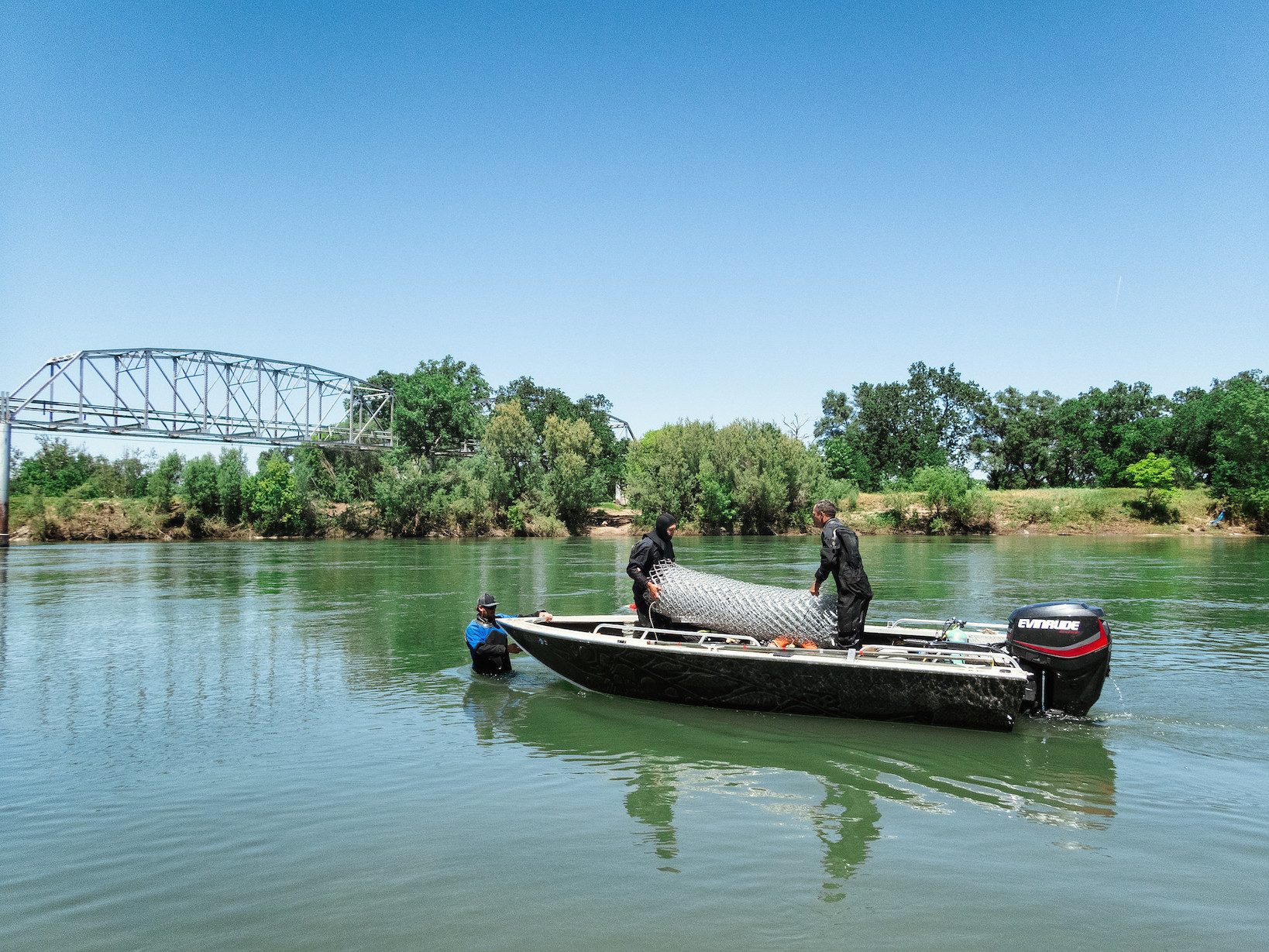 The anti-spawning mat consisted of chain-link fence that covered an area of nearly 3,500 square feet along the river bottom. The mat was secured to the substrate using earth anchors and steel pins, which had to be pounded into the substrate using a hydraulic jack hammer. Once secured in place, steel cable was woven between the different sections of fencing for added strength. Securing the mat was made all the more complicated by the high flows that we experienced in 2019, which necessitated the use of scuba gear to install the mat in depths of water greater than six feet in some areas. Of course, all of this reinforcement was necessary to keep in the mat in place during times of the year when flows in the Sacramento can reach as high as 119,000 cfs, as they did on April 1, 1974. Although flows didn’t reach nearly as high as in 2019, the anti-spawning mat performed admirably and didn’t budge an inch over the 6 months that it was in the river. 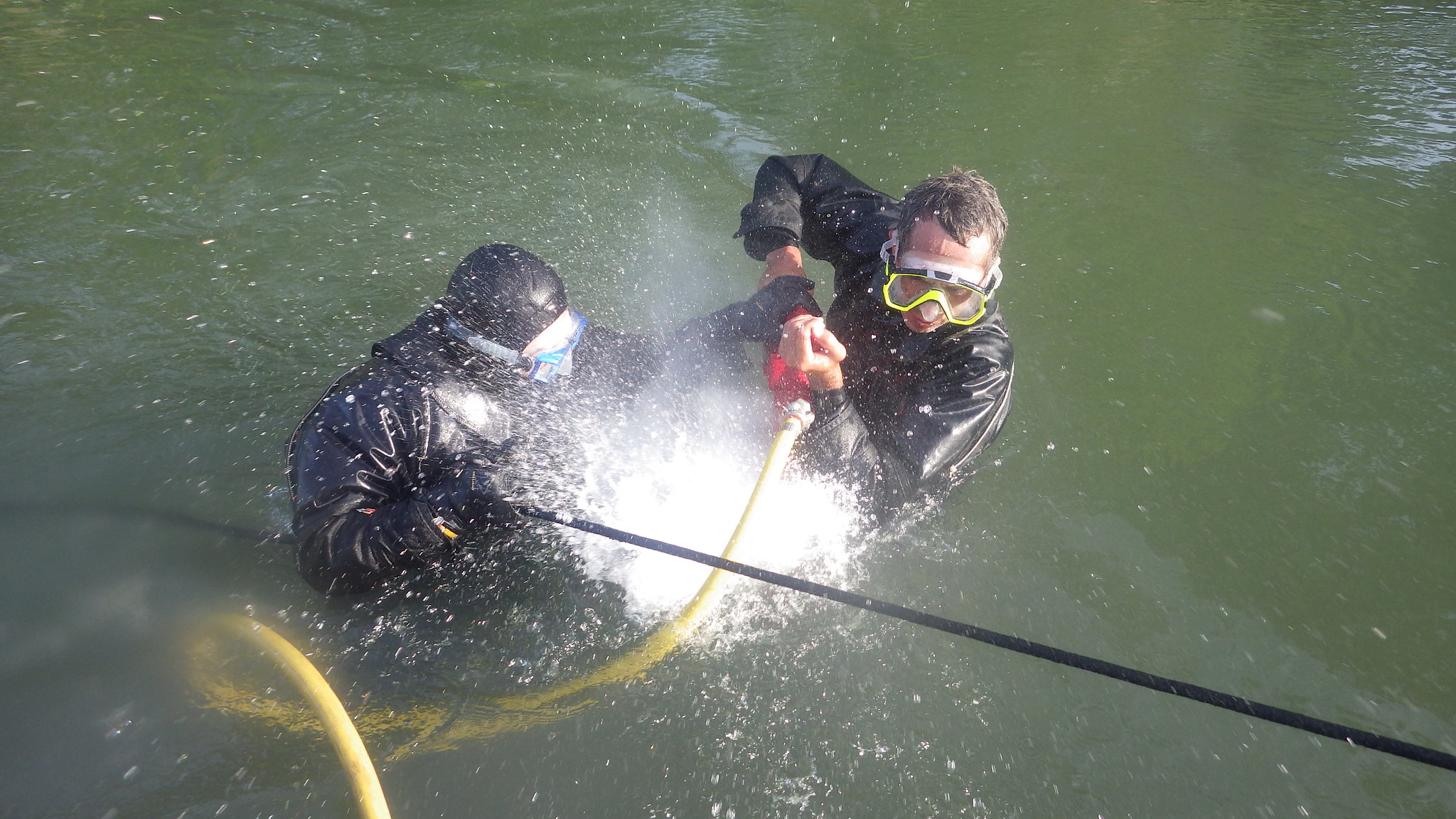 This effort, counterintuitively, may have prevented harm to an endangered fish species (winter-run Chinook salmon) that has seen its population decline precipitously. A myriad of factors, including dangerously high water temperatures during the drought, have resulted in runs of less than a 1,000 fish (both natural and hatchery spawners) in recent years. Although the bridge is located downstream of the majority of winter-run spawning habitat in the river, any redds dug in the area could have been affected by siltation, construction debris, load noises, and contaminants associated with construction activities. Hopefully, this mat will encourage spawning in more suitable habitat upstream (including new habitat in Battle Creek) during construction activities, and we will all get to enjoy the access and recreation opportunities afforded by the new bridge. 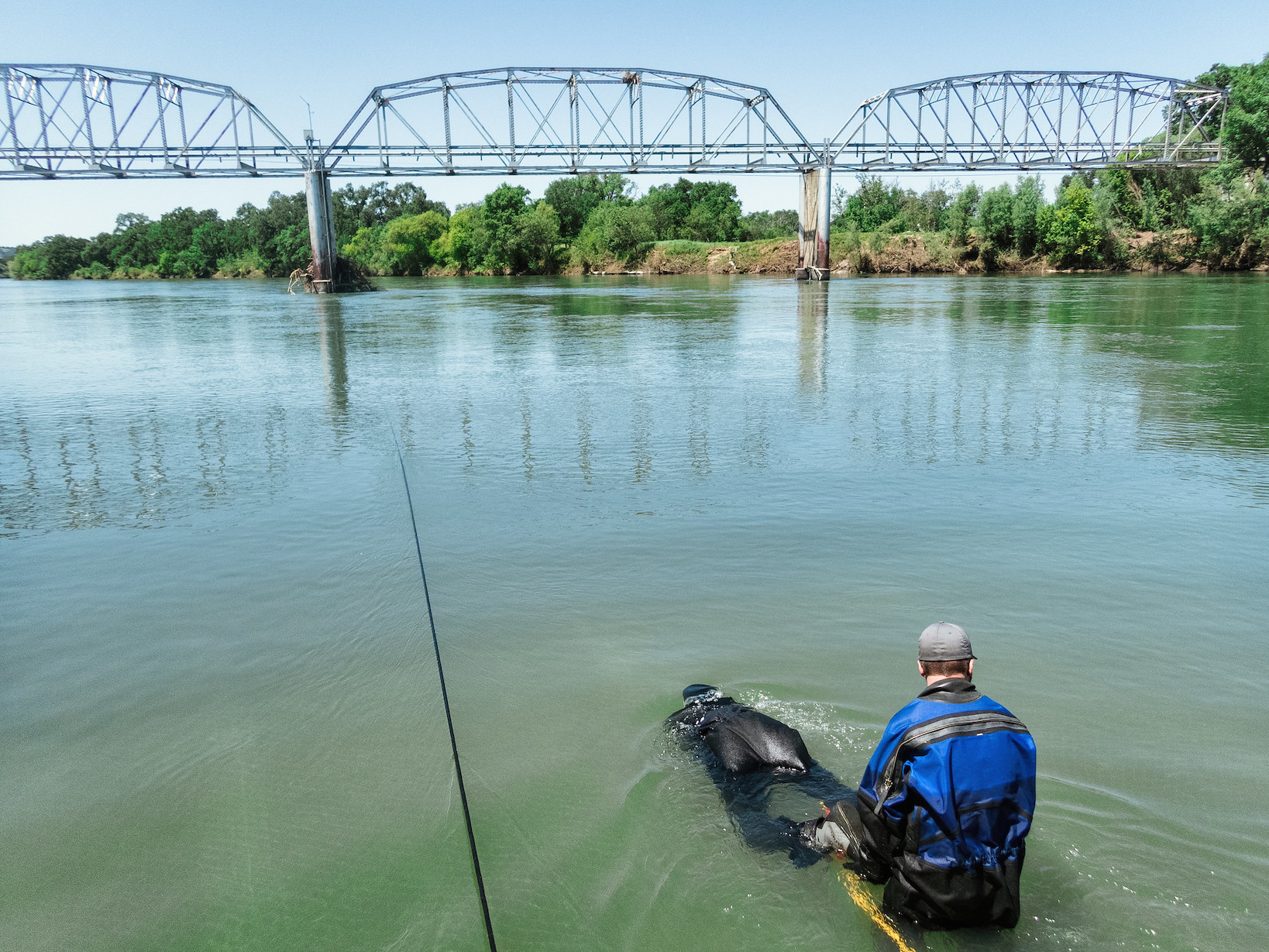