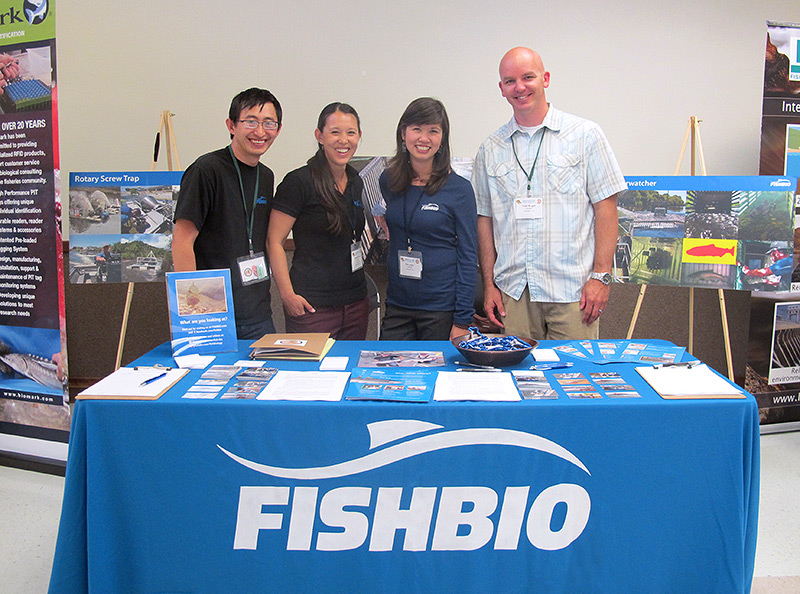 Many fish populations are imperiled around the world, especially those in California and Nevada. Factors that negatively affect native fishes include habitat loss and degradation, climate change, predation, and interactions with non-native species. Dr. Moyle explained that extinction is a natural event; however, native California fish species are being listed as endangered or threated at an approximate rate of one species per year. Fish assemblages have shifted to be largely comprised of non-native fishes, which can often out-compete the native species due to their phenotypic plasticity (i.e. higher thermal tolerance range, larger body size, etc.), thereby reducing an ecosystem’s biodiversity. Dr. Walter Duffy stated that management must not only consider individual species, but should also incorporate the biodiversity of ecosystems, as well as the diversity within a species. This within-species diversity can include alternative life histories (i.e. Chinook salmon that spawn at different ages) and different races of salmon (i.e. fall run and spring run salmon).  Mr. Steve Parmenter discussed the importance of monitoring trends and effects of management activities, and shared efforts to restore populations of Owens pupfish in Death Valley.

While the ultimate goal for many fish researchers is to prevent population declines and restore native fish populations, it is also important to consider natural events that cause mortality. As Dr. Sean Hayes put it, “salmon die,” and this is a completely natural event. Dr. Hayes discovered that the majority (85%) of the steelhead that return to spawn on Scott Creek in Santa Cruz, California, come from a small group of fish that spend the summer in an estuary instead of the ocean. Because “fatter” fish are present in high-growth habitats like the estuary, predators also seek out these habitats. Therefore, restoring habitat for salmon may also attract more predators, leading to higher fish mortality. Dr. Zeb Hogan finished the plenary session talking about the status of large Nevada fishes, pointing out that there are no Chinook salmon or Colorado pikeminnow and very few Lahontan cutthroat trout left in Nevada. Dr. Hogan, also renowned for his international research on large-bodied fishes, also discussed the status of large-bodied fishes around the world, such as the critically endangered Mekong giant catfish. The Mekong River watershed contains approximately 1000 different fish species and the majority of large-bodied fishes in the world. However, no single Mekong fish species has had its life history completely described, Dr. Hogan said. This year’s plenary speakers echoed the importance of fish biodiversity in California and Nevada waters, and around the world: managing to conserve biodiversity maximizes our efforts in not only recovering individual species, but also recovering ecosystems.