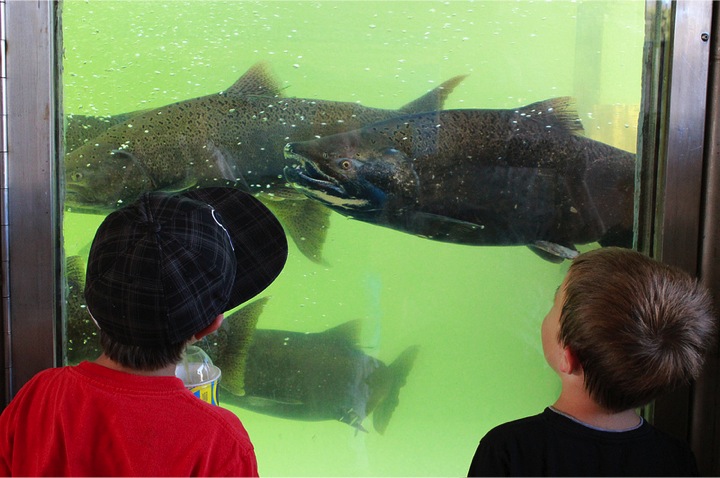 Conservation efforts are necessary in each type of ecosystem to mitigate environmental damages inflicted by people over time. The range of species in need of conservation efforts is diverse, from the marine Hawksbill Turtle (Eretmochelys imbricata) to the terrestrial Black Rhino (Diceros bicornis). All species and ecosystems are inherently important; however, the amount of attention each ecosystem receives from scientific communities and the general public is variable, and some ultimately attract more publicity than others. Freshwater ecosystems in particular often go without notice or discussion in either developed or developing countries, exacerbating the decline of freshwater habitats and aquatic biodiversity. How can we do our part to increase global awareness of freshwater environments and create a genuine interest in their conservation in both a pragmatic and sustainable manner? A recent paper in the journal Fish Biology highlights some key barriers and strategies for effective freshwater environmental education (Cooke et al. 2013).

Freshwater ecosystems are some of the most heavily impacted and threatened in the world (Malmqvist & Rundle 2002), yet several factors contribute to low awareness of the need to conserve these ecosystems. For example, media attention focuses on marine fishes 50% more than freshwater fishes (Cooke et al. 2013). Certain species in freshwater ecosystems are as threatened as their marine counterparts, and face additional threats due to multiple demands for freshwater resources; yet a lack of knowledge and interest on this issue has hindered conservation efforts. Freshwater systems largely lack familiar, charismatic ambassadors that attract attention to other ecosystems, such as polar bears or sharks – however, there are many worthy candidates that could fill this role. Additionally, the economic and social value of freshwater fish in aquatic ecosystems have not been adequately quantified (Parkkila et al. 2010). Until a model that clearly conveys the value of freshwater ecosystems exists, people are unlikely to have a vested interest in their conservation.

Current interventions devoted to conservation of aquatic ecosystems are rare, and many have yet to make a noticeable impact. Two elements needed for effective aquatic systems conservation are the ability of scientists to communicate relevant information effectively to the public, and for politicians to promote evidence-based decision-making (Sutherland et al. 2004). There are various ways to disseminate conservation information to groups of people, but one of the most successful is environmental education (EE). EE interventions include conveying information, building understanding, improving skills and enabling sustainable actions. The idea of EE is to have a dialogue across diverse platforms, including social marketing and capacity building, which facilitates the exchange of ideas and prepares learners to make decisions. EE programs should be designed in a way that encompasses the unique circumstances of each community, and presents learners with ways they will benefit from being proactive in freshwater resource conservation issues. It is important to use creative strategies to make connections between human activities and freshwater fishes in order to generate an appreciation for ecosystem value (Cooke et al. 2013). The more people become aware of the issues surrounding freshwater conservation, the greater the potential for freshwater ecosystem conservation actions.