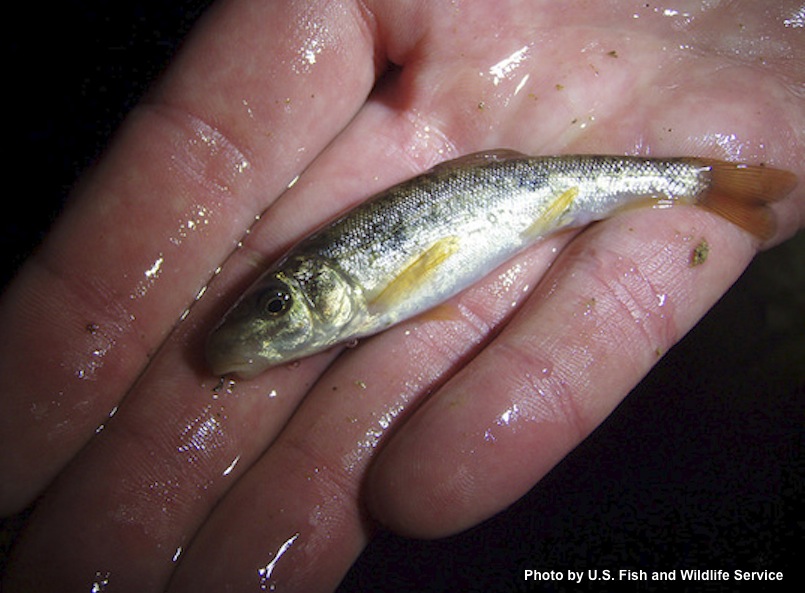 For all of California’s endangered fishes needing a success story, they now have one in the Modoc sucker (Catostomus microps). In March 2014, we wrote about the U.S. Fish and Wildlife Service considering a proposal to remove the Modoc sucker from the list of threatened and endangered species – essentially, acknowledging that the fish has made a full recovery and no longer needs federal protection. Last month, the designation finally became official. The Modoc sucker is only the second fish ever to be taken off the federal endangered species list, following the Oregon chub (Oregonichthys crameri), which was delisted in February 2015. The Modoc sucker was intended to be delisted around the same time, but because the USFWS forgot to meet a rather outdated legal requirement of announcing the delisting in local newspapers, the fish remained on the list for another year.

A number of efforts helped aid the recovery of the Modoc sucker, which is native to the upper Pit River basin in southern Oregon and northern California. Wildlife officials stopped stocking non-native brown trout in the area, which decreased the Modoc sucker’s threat of predation from these fish. Fences were also built to keep grazing cattle from damaging the sucker’s sensitive stream habitat. Once only found in seven streams spanning 12.9 miles, the Modoc sucker is now found in 12 streams that span 42.5 miles, reflecting a sizeable recovery for this small fish.

This delisting represents a major milestone for California fishes, and there are dozens more (including several other suckers) sorely in need of similar efforts. Recently, the University of California at Davis and the California Department of Fish and Wildlife updated the list of California’s fish species of special concern. According to the new report, there are 124 native species known to reproduce in California’s inland waters. Of these, 7 are already extinct, a quarter of the species (31 total) are listed as threatened or endangered at the federal or state level, and half of the fish are considered “species of concern” that might warrant listing in the future (62 total). This means a staggering 81% of California’s fishes are either in at risk of disappearing, or are already gone. With many troubling trends affecting California’s fishes, and we hope that recovery and delisting become a positive trend in their own right.