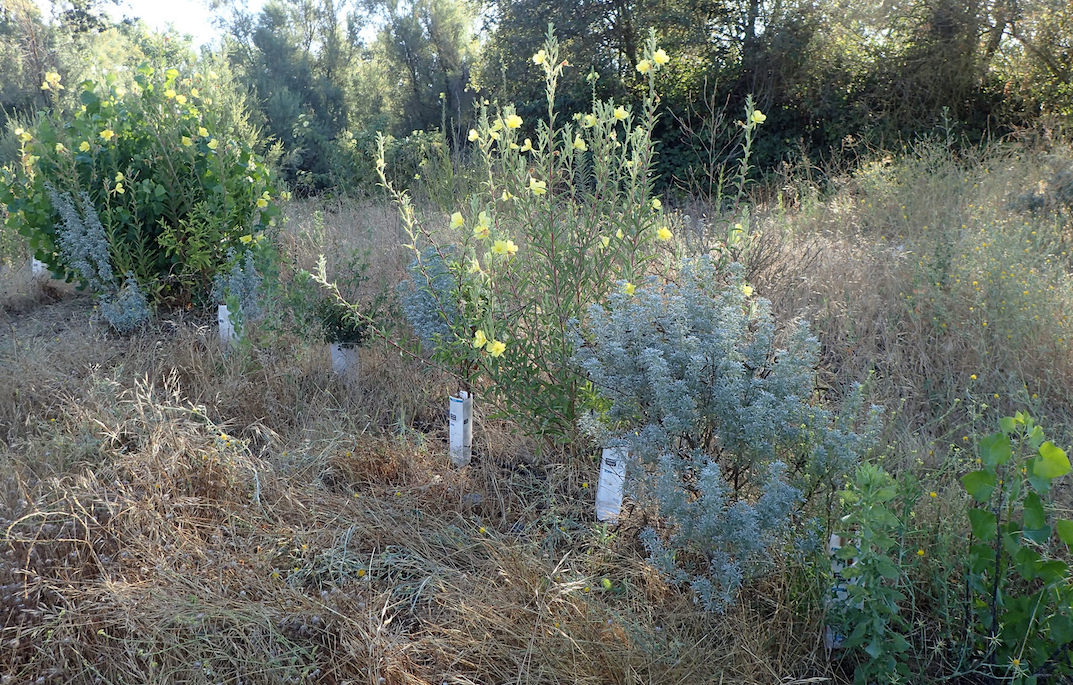 With the summer heat coming to an end, the irrigation season is drying up. Our crews have been busy out at the Honolulu Bar restoration site this year watering plants and replacing drippers.  Planting native shrubs and trees was a key element of restoring 2.4 acres of land for the Honolulu Bar Floodplain Enhancement Project. The area has filled in substantially with native vegetation planted four to six years ago, which is helping the spawning habitat thrive. The high flows on the Stanislaus River have brought in extra water to the spawning grounds this year, and the plants are drinking it up. However, some of the trees and shrubs higher along the bank still depend on the drip lines that we will maintain for a total of 10 years after the project’s completion. 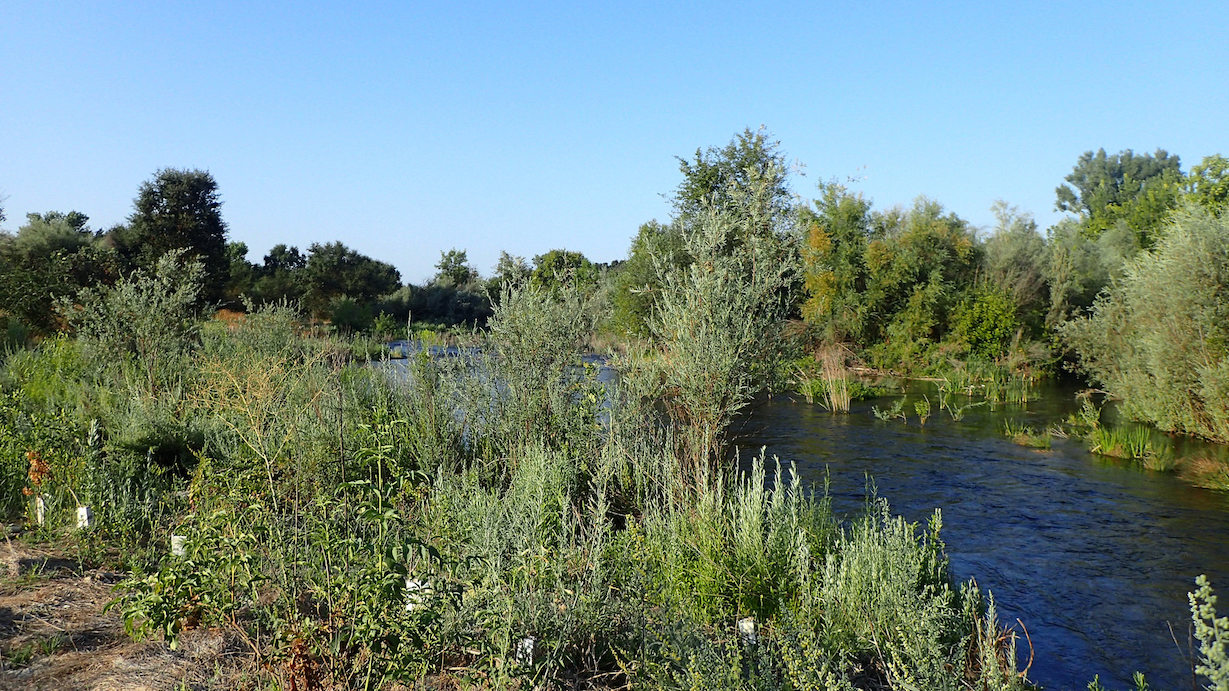 Biologists at River Partners conducted an annual census of the vegetation last October to assess how well the plants have survived over the course of the project.  To do this, they measured the overstory, which is the coverage of trees and shrubs, by randomly placing three transects across the project site and measuring the portion of foliage cover that intersected the transect line. This provided an absolute foliage coverage measurement of 26 percent. To evaluate the understory, or all vegetation that grows beneath the overstory, coverage was measured using 15 0.5-m2 plots that were randomly placed along the three transects.  Absolute coverage in these understory plots was 43 percent for native species and 30 percent for non-native species. 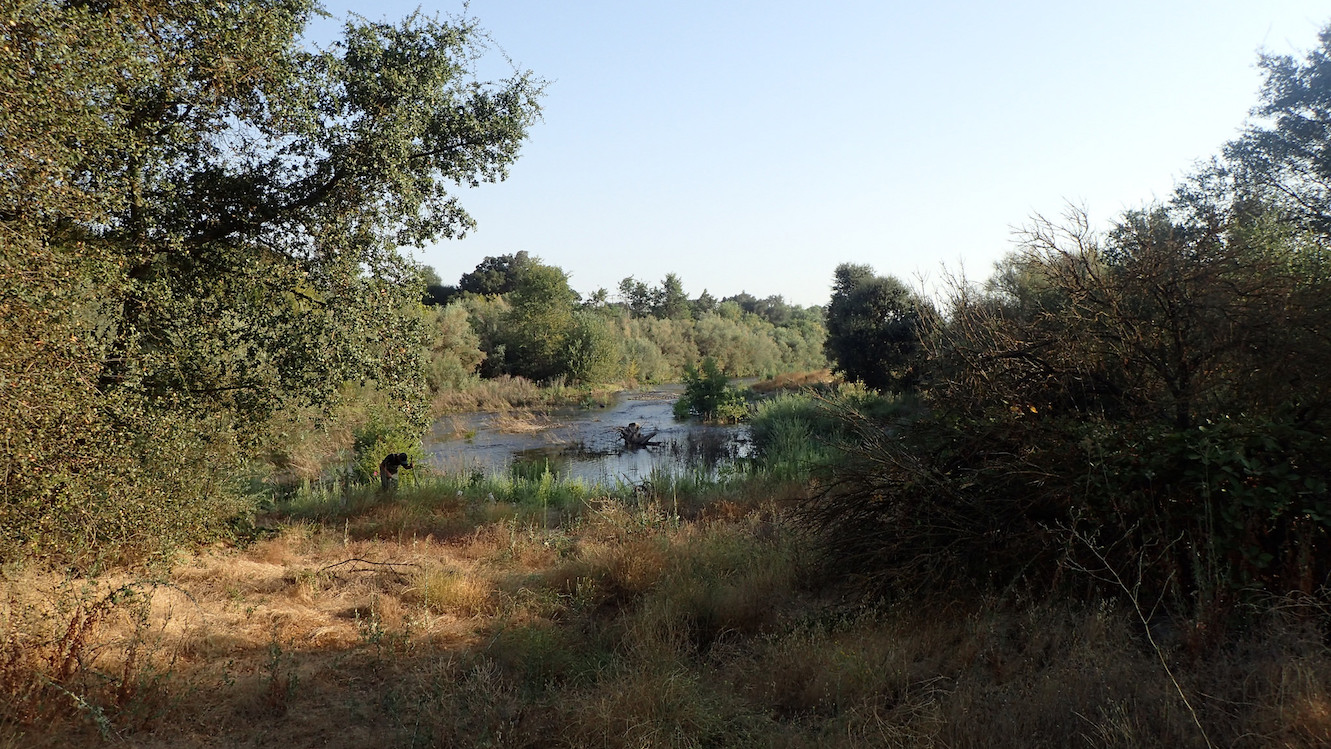 The census results of the woody species, or trees and shrubs, show that out of the 568 individuals planted, the highest survival rates were seen for brickellbush (at 89 percent) and cottonwood (at 88 percent). The overall plant survivorship was 55 percent, with black willow, box elder, and Valley oak surviving the least. A few trees that grown quite rapidly, but were brought down by beavers. Overall, everything has changed tremendously at Honolulu Bar, which can now sustain spawning salmonids thanks to the improved gravel in the channel and enhanced spawning grounds. Native plants are growing in areas that had previously either been overrun by invasive plants like Himalayan blackberry, or were bare of any vegetation. There are still several more years of monitoring to go, but the restored habitat at Honolulu Bar has already become a welcoming place for many fish.