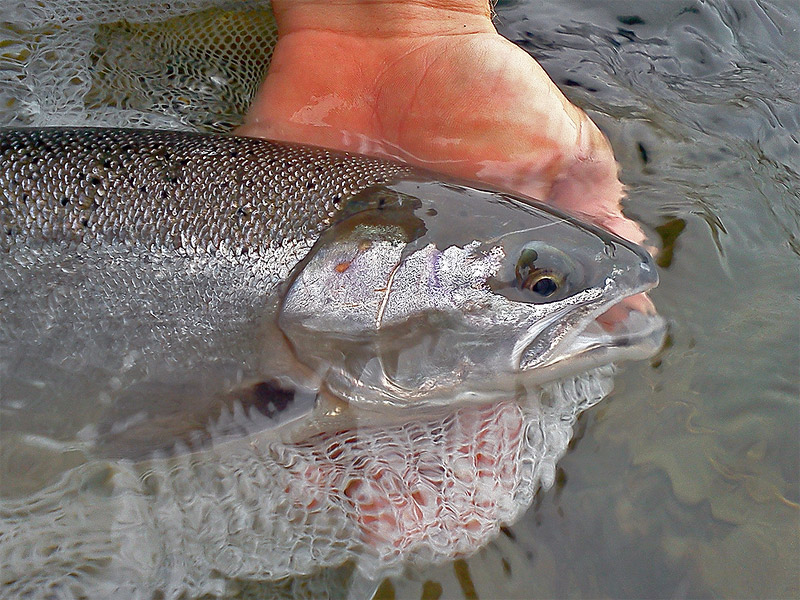 Last week the National Marine Fisheries Service (NMFS) released the final Southern California Steelhead Recovery Plan outlining what needs to be done over the next 100 years to restore endangered steelhead to Southern California rivers and streams. Perhaps the most surprising aspect of the report is the $2.1 billion projected price.

Steelhead, the anadromous form of rainbow trout (Oncorhynchus mykiss), are divided into six Distinct Population Segments (DPS) in California. The Southern California DPS includes 32 coastal watersheds extending from the Santa Maria River to the Tijuana River at the U.S.-Mexico border. The Southern California Steelhead (SCS) DPS was federally listed as endangered by NMFS under the Endangered Species Act (ESA) in 1997, following a comprehensive status review of all West Coast steelhead populations. Southern California populations were once as high as 46,000 before the rapid land and water development following WW II, but now consist of less than 500 returning adults.

The population decline is attributed to the loss of 90 percent of the historic spawning and rearing habitat above dams and the dewatering of streams by water diversions. Other threats to steelhead include degraded habitat, introduction of non-native fish and amphibians, and point and non-point water pollution. The goal of the Recovery Plan is to “recover anadromous steelhead and ensure the long-term persistence of self-sustaining wild populations of steelhead across the DPS – and ultimately to remove southern California steelhead from the Federal List of Endangered and Threatened Wildlife.” The Recovery Plan identifies a number of Critical Recovery Actions such as modifying passage barriers and ensuring adequate instream flow to protect beneficial uses. It’s going to cost a lot and take considerable time to recover steelhead, but it will provide substantial benefits for both human and ecological communities.