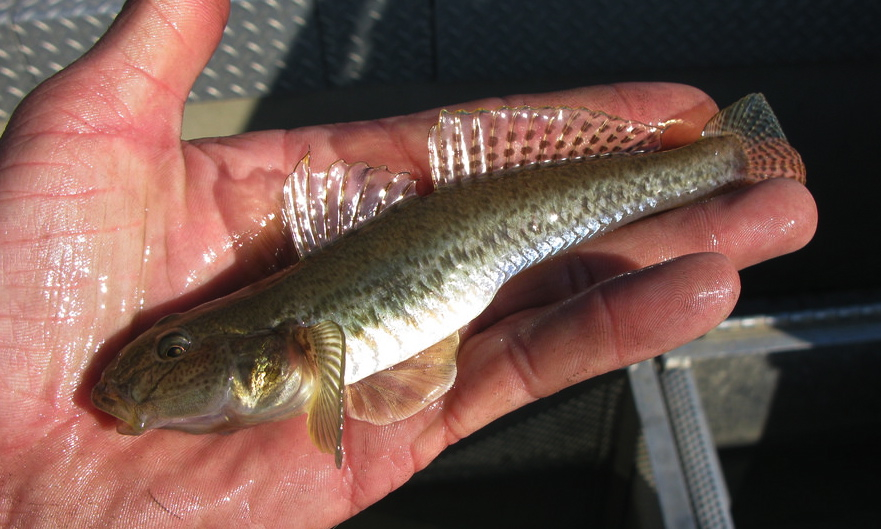 A poll during a recent FISHBIO fish identification workshop confirmed a fact we had suspected: of the more than 60 species we expect to encounter during our work in California’s inland waterways, a few fishes have so far eluded the majority of our staff. One of these species seldom encountered in our freshwater monitoring is the non-native yellowfin goby (Acanthogobius flavimanus), which was presumably introduced to California from Japan via ship ballast water about half a century ago (Dill and Cordone 1997). One specimen recently popped up during a survey on the Sacramento River, giving our technicians an opportunity to examine the goby’s unusual pelvic fins, which are fused into a sucker-like disc. 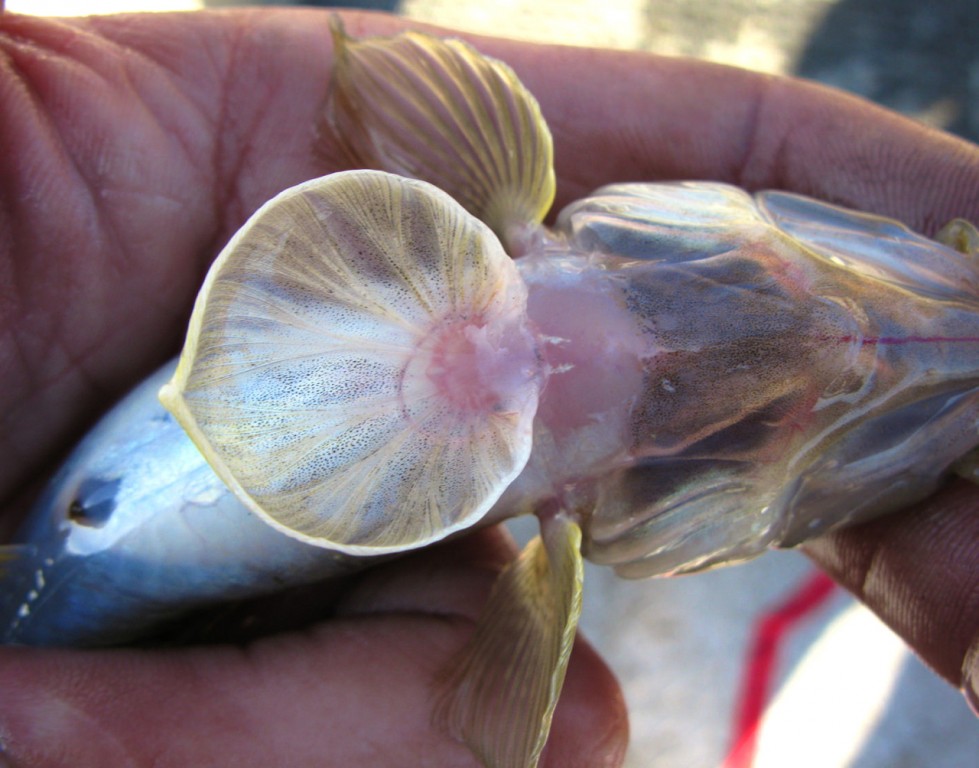 Yellowfin gobies are rather common in tidally influenced areas of the Sacramento and San Joaquin River systems and San Francisco Bay (e.g. Feyrer and Healey 2003), but a little unusual to find in mainstem rivers, although they have been documented as far upstream as Knights Landing on the Sacramento River. While the species can tolerate a broad range of salinities (a trait referred to as “euryhaline”), and can be found in saltwater, brackish estuaries and freshwater rivers, most individuals migrate to the estuary during the spawning period, as they require salinities greater than 5 parts per thousand to successfully reproduce.

Similar to many other goby species, male yellowfin gobies construct a burrow in the substrate for the female to lay her eggs, and guard their incubating offspring for about a month until hatching. Their larvae selectively use the flow of the tides to get around: the fish move up into the water column to drift with the tidal flow in the direction they want to travel, but hunker down to hold their position once the tide turns. In this fashion, even small yellowfin goby are able to ascend the lower reaches of our rivers, where they could potentially compete with native species for food (Workman and Merz 2007). While their range expansion within the Sacramento-San Joaquin system is curtailed by their requirement for saline water to reproduce, the species appears solidly established in California. So for those of our staff anxious to examine a live yellowfin goby, it may only be a matter of time before they lay eyes on one of our more “unusual” catches.