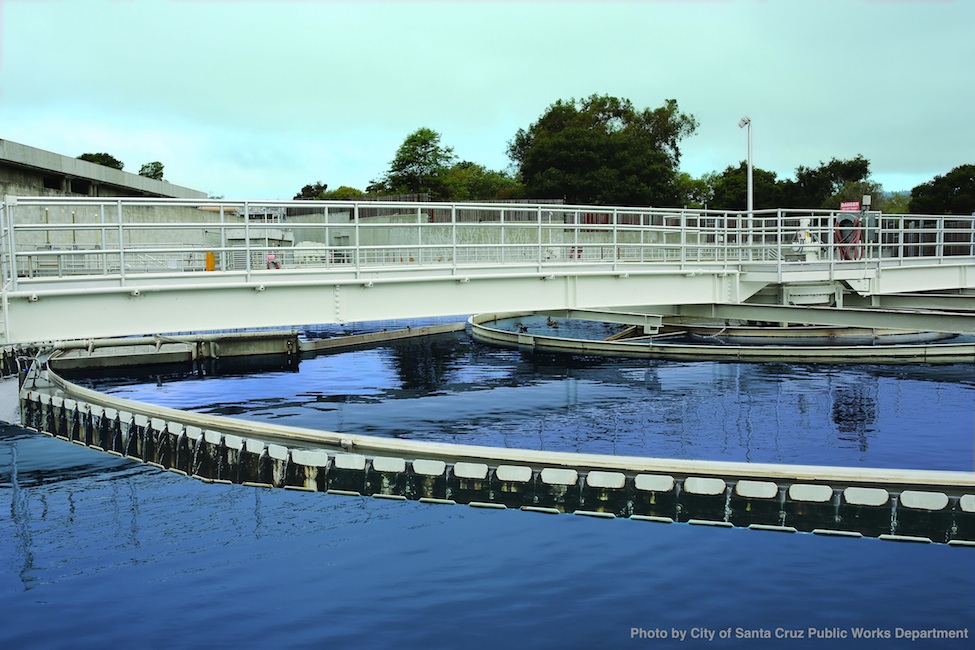 One of the few benefits of a drought is that people suddenly become acutely aware of where their water comes from – yet many of us still give little thought to what happens to our water after we use it. FISHBIO’s Santa Cruz office enhanced our water awareness on a recent tour of the City of Santa Cruz wastewater treatment facility, organized by the Coastal Watershed Council. Located just outside of the Santa Cruz downtown, the plant serves 130,000 people in the greater Santa Cruz area. The facility has received numerous accolades for its environmentally sound practices, which include using bacteria and ultraviolet light to treat the water, which cuts down on the need for chemicals. Solid particles settle out of the water in large clarifiers shown above. 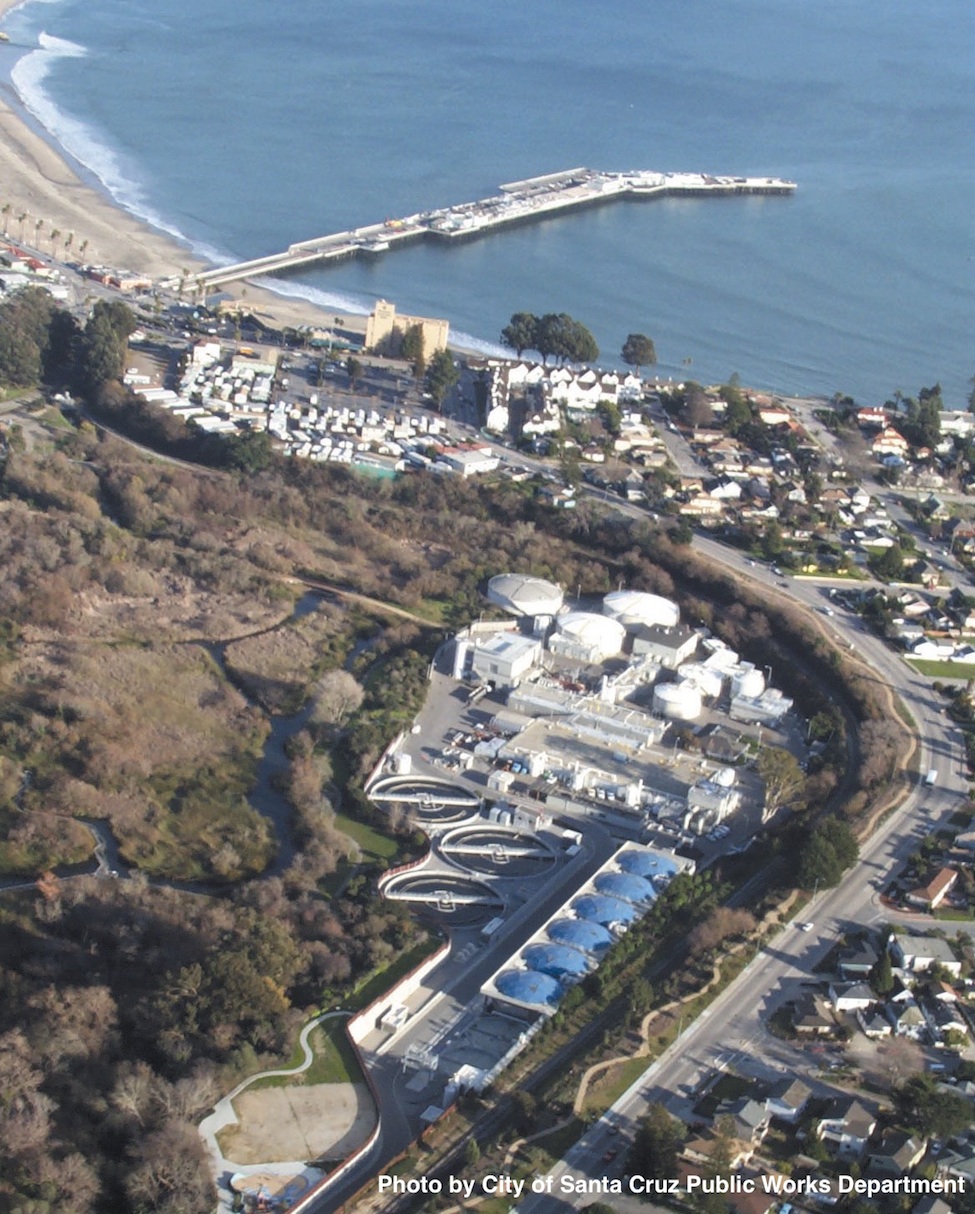 Part of the plant’s innovation is that nothing goes to waste – even our human waste. These more scientifically termed “biosolids” are processed with the help of giant digester tanks that act like massive stomachs. Bacteria break down the organic material and produce methane gas, which is used to create power for the facility. Coupling this with the use of solar panels allows the plant to produce 70 percent of its own power right on site. The plant has also adopted an avant-garde approach to odor removal by using ozone to treat its byproducts. One of our biologists who lives just a few blocks away from the plant is particularly thankful for this innovation! Some of the treated water is reclaimed to use on site for cleaning, while the rest is ultimately discharged into the ocean about one mile offshore from Natural Bridges State beach.

Santa Cruz has consistently ranked among the cities that have conserved the most water during the long-standing drought, and the plant has seen the results first hand. Once California-wide water restrictions went into place, the plant’s daily influx of wastewater fell from 9 million gallons per day to 7 million gallons per day. The plant has created a Public Service Announcement to help their customers understand how their wastewater is treated. For our FISHBIO staff in Santa Cruz, it was an eye-opening experience to understand where our water goes once it runs down the drain.