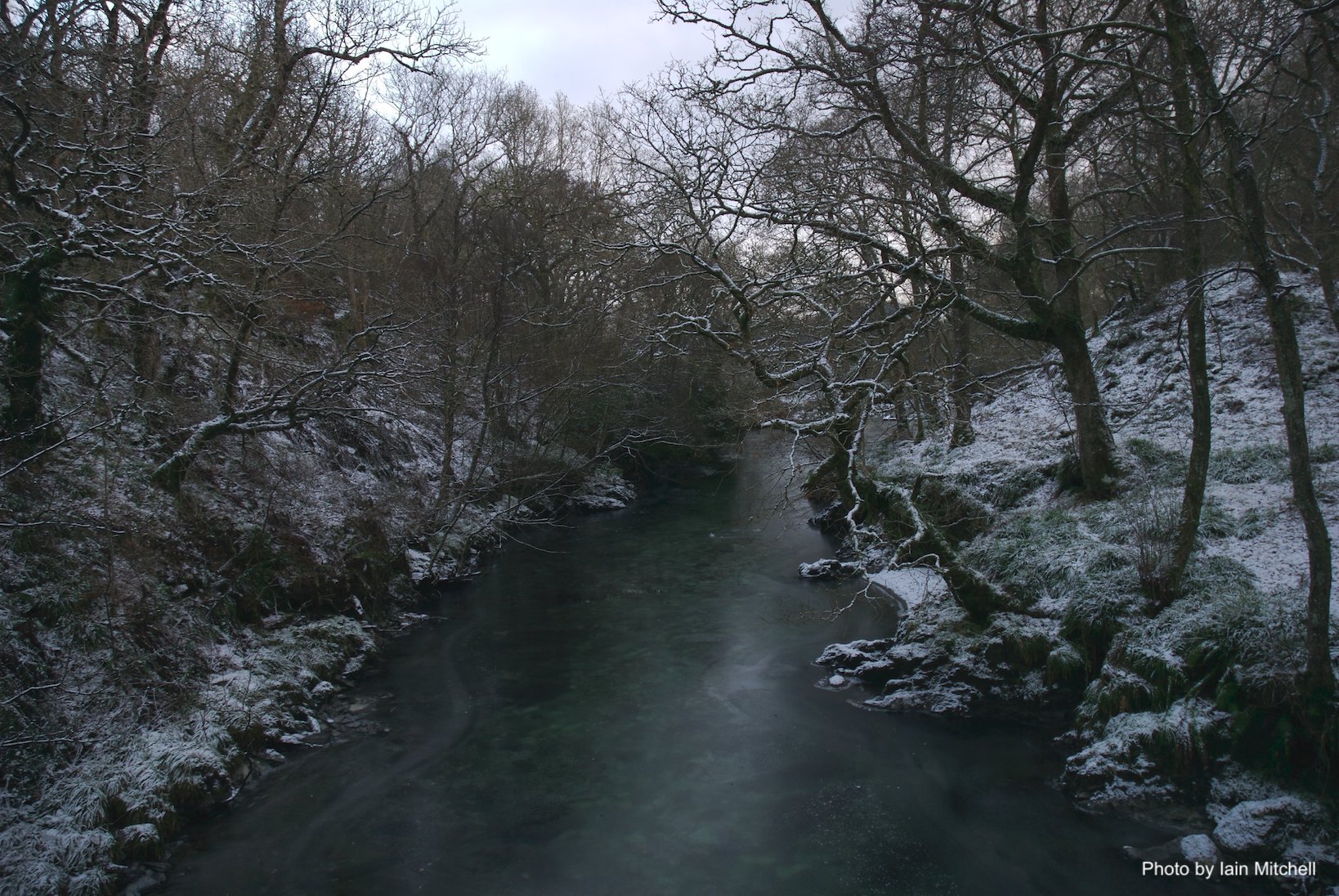 Have you ever wondered how fish survive during the winter when rivers freeze over? Do they migrate to warmer reaches of the river, or do they stay and endure the icy conditions? The answer depends on a few factors: rivers located in regions that experience extreme winter conditions can freeze over completely or partially, depending on air temperature as well as the size and flow of the river. River ice does not usually form overnight, but over a period of time that depends on how long freezing temperatures persist in the area – this in turn can affect a fish’s response.

In the event that smaller rivers or streams freeze through from the surface to the river bed, fish will most likely already have escaped the impending ice trap by making a temperature-triggered journey from their summer habitats to their more suitable winter ones. In larger rivers, although they may appear completely frozen, a column of water usually remains liquid below the thick layer of ice. Fish have developed unique physical and behavioral adaptations that allow them to thrive there. Most fish, fresh and marine alike, are poikilothermic, meaning that the temperature inside their body is determined by the temperature of the water around them. So, much like the way humans are less active during cold winter weather, most aspects of fish activity changes in winter waters. 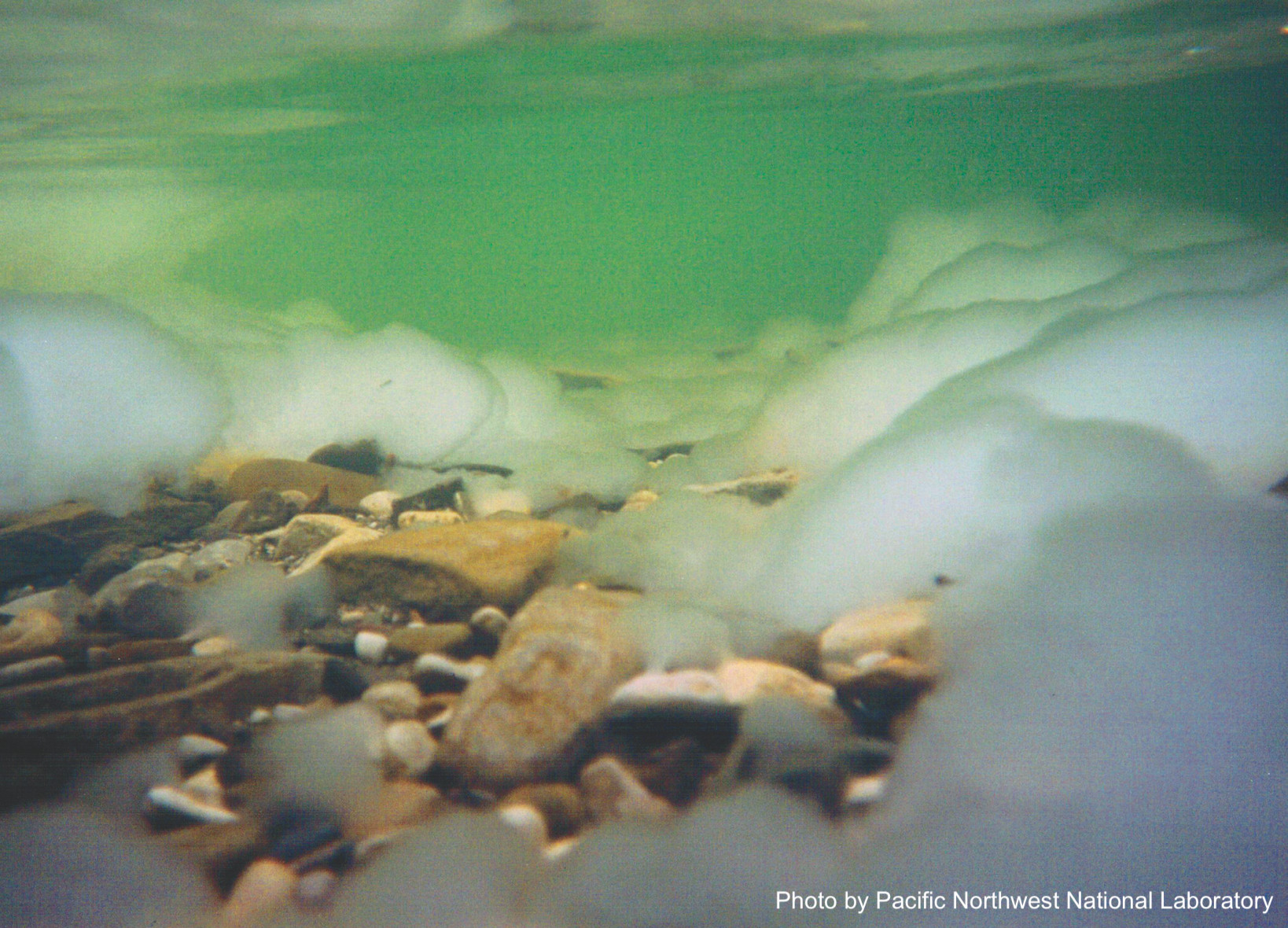 Physical adaptations to winter conditions include a significantly slowed metabolism and slowed swimming abilities. Essentially, fish rely on the lowest energy input and output that they can withstand, hiding out under the ice until waters begin to warm again. Although this makes it difficult for fish to search for food and avoid predators, fish have developed several behavioral adaptations as a trade-off. As winter sets in, fish undergo changes in habitat preference,  searching for areas of the river with larger boulders and rocks under which they can hide. They also shift to more overall activity at night; mostly as a means to avoid daytime predation, but also to escape the possibility of being trapped in their rocky hiding places by overnight formations of ice on the river bed. If these submerged ice clusters (called anchor ice, shown in the photo above) form in the wrong place during colder nighttime temperatures, they can block the fish’s way out of their hiding place.

Fish have adopted unique ways to persevere in conditions unimaginable to humans by undergoing changes in behavior, metabolic processes, habitat preference, and usual interactions with their surrounding environment. Life under the ice may seem like a challenge for freshwater fish, but with no tropical getaway or warm firelit cabin to retire to, they manage to make do. So next time you complain about the cold, think of the fish who have adapted to not only survive, but thrive beneath a cover of ice.