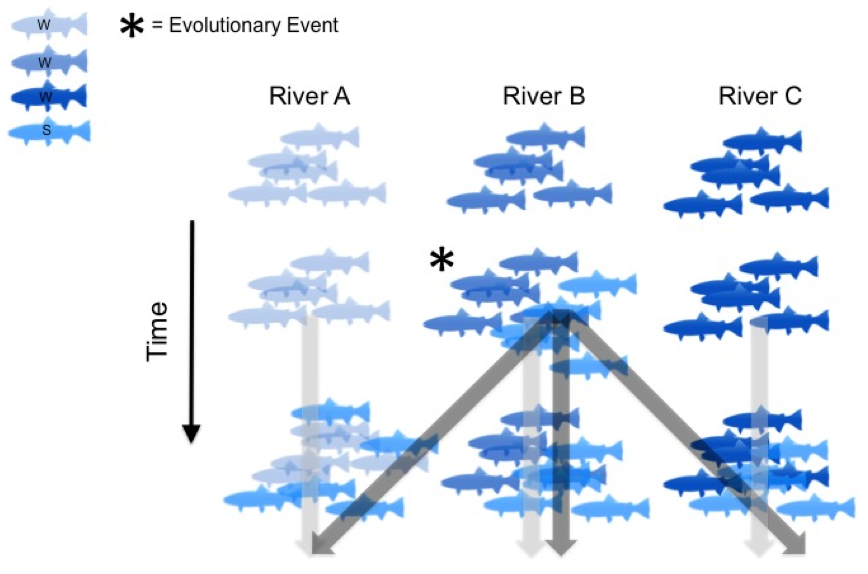 Steelhead in the Pacific Northwest show diversity in their run timing, or the timing of when the fish migrate from saltwater to freshwater. Populations of summer-run and winter-run steelhead enter their natal rivers at different time periods, but spawn at roughly the same time. Summer-run steelhead return to the rivers in the summer or early fall, and wait to spawn until the winter or spring (similar to the spring-run Chinook salmon life history). Winter-run steelhead enter their natal rivers much later than summer-run (during winter months), but spawn at the same approximate time period. Since the two runs enter the river at different times, they typically spawn in different areas of the river, and therefore do not spawn with each other. This means that two runs of fish within the same river basin are ‘reproductively isolated’ from each other (are not interbreeding), and evolution can therefore influence each population separately. However, this diversity in run timing that we see in rivers today does not provide any information about this diversity originally arose, which is important to know for managing different runs under the Endangered Species Act.

There are two primary ways that different run timings may have evolved in steelhead, and these two mechanisms predict differences in which groups of fish we would expect to be most closely related to each other. Conceptual diagram #1 shown above depicts an imaginary population and shows how a new run timing may have evolved through a single evolutionary event (denoted with an asterisk). Through time, winter-run steelhead in each river remain as a single population (light gray arrows). However, a single evolutionary event (e.g., the development of a new trait, like a difference in run timing) occurs on river B, creating a population of summer-run steelhead. Through time, this population of summer-run steelhead persists in river B and spreads out to colonize other rivers (dark gray arrows). If this scenario were true, we would expect all summer-run populations (in rivers A, B, and C) to be more closely related to each other than to any of the winter-run populations. 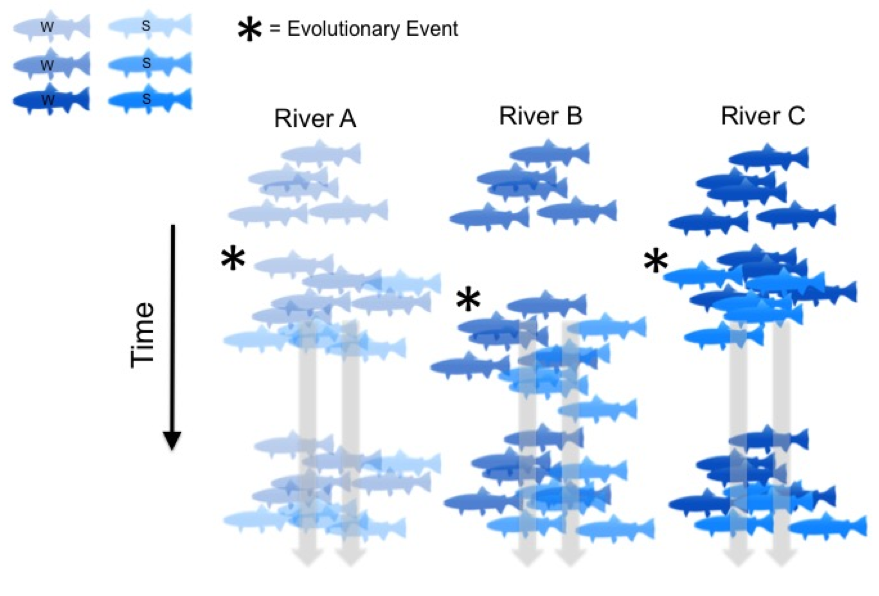