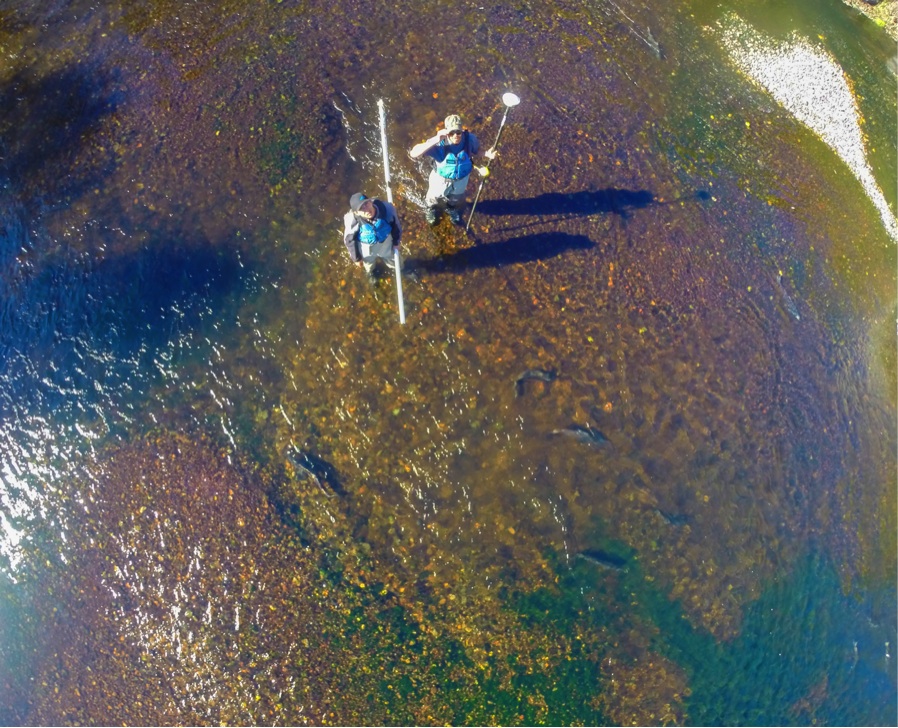 Back in December, we wrote about using time-lapse photography to record events that occur over an extended period (See Zipping through time). In an effort to record salmon spawning activity over the course of a spawning season, we suspended a camera above a gravel bed that we knew fall-run Chinook salmon would use to dig redds (nests) and deposit eggs. We set the GoPro Hero camera to snap an image at one-minute intervals over a two-month period. To hang the camera, we stretched a cable between two trees twenty feet over the water. A second cable was attached to a third tree to prevent the camera from swinging in the wind. We also ran a power cable along the suspension cable to a 12-volt deep-cycle battery (similar to a car battery) secured on the bank, where we could easily swap out the battery weekly – this allowed us to to operate the camera for an extended period of time. We were able to let out slack in the suspension cable and lower the camera within reach to replace the memory card on a weekly basis. The video segment below is a short compilation of a few highlights from the spawning season. 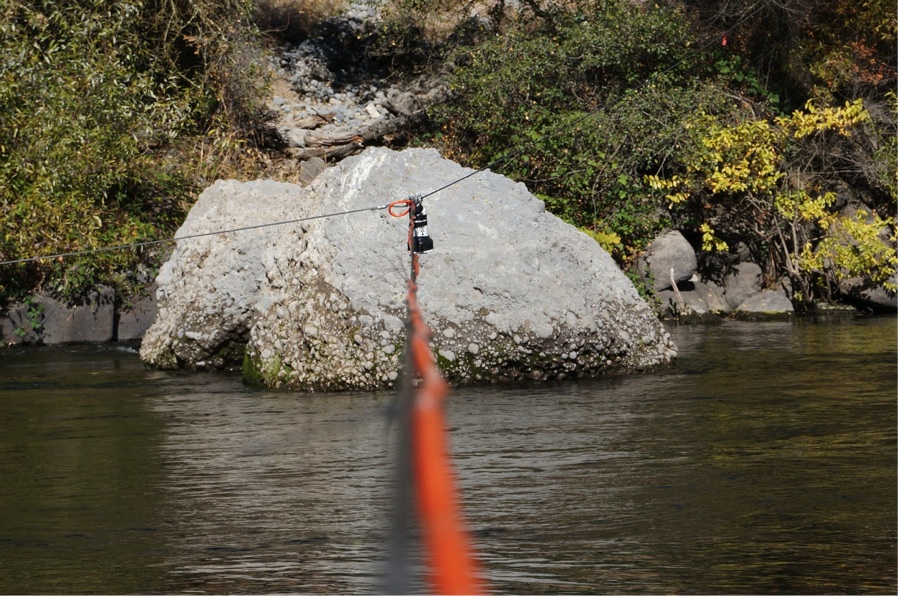