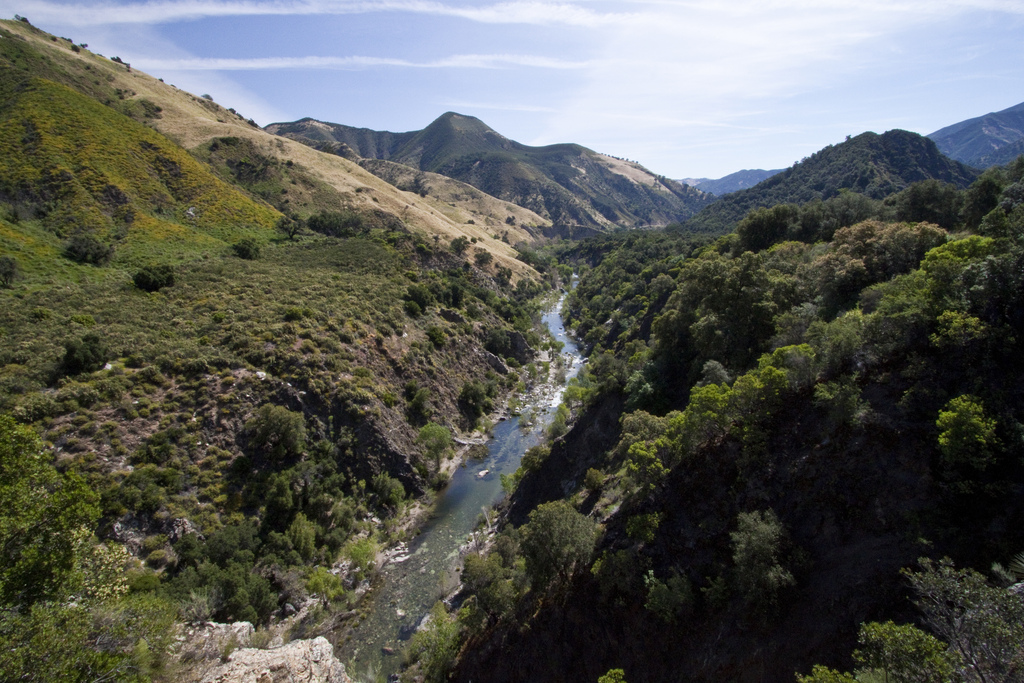 The Arroyo Seco River, a major tributary of the Salinas River on California’s central coast, could be said to be a river of multiple personalities. No dams regulate the flow of this unique river, which can rush in violent flashes of flow during heavy rain events, only to become completely subterranean within a short distance as the river moves across the low-elevation sandy riverbed near its confluence with the Salinas River. This disappearing act of the river running underground is the source of its name meaning “dry stream” in Spanish. It takes a sustained wet period during the winter and spring to saturate the ground enough to sustain the river’s flow to the Salinas River Lagoon, and eventually to the Pacific Ocean. Steelhead (Oncorhynchus mykiss) living in the river exhibit opportunistic life histories that can vary from year to year, and typically fall into one of three categories: 1) anadromous sea-run, or fish that migrate to the ocean; 2) anadromous estuary-run, or fish that migrate to the river estuary/lagoon; and 3) resident fish, which remain in freshwater in-stream. Many individuals will likely exhibit multiple behaviors along the spectrum between these life-history categories over the course of their life. 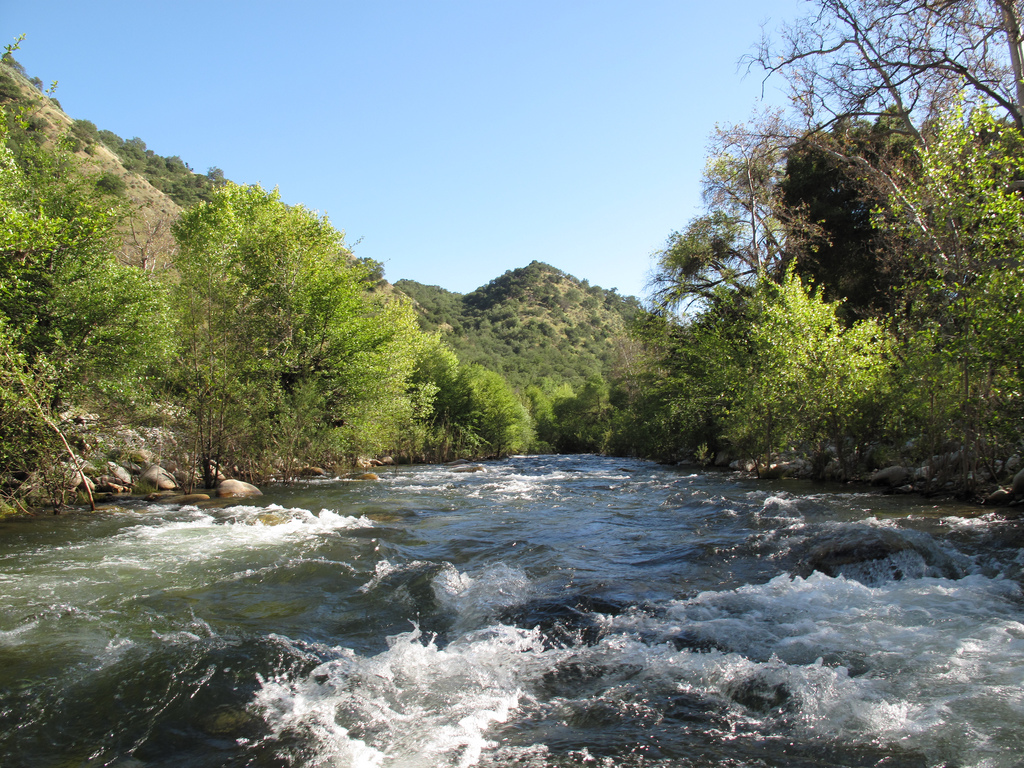 Since the winter of 2010, the Monterey County Water Resources Agency and FISHBIO have been monitoring the migration and abundance of Salinas River basin O. mykiss adults and juveniles with the help of a weir and rotary screw traps (final reports can be found online). Since monitoring began, between 0 and 43 adult O. mykiss have migrated upstream through the Salinas River weir each year, and an estimated 332–2,876 juvenile O. mykiss migrated past the Arroyo Seco River rotary screw trap site annually. However, it is unknown where the O. mykiss adult migrants are coming from, whether the estuary, the ocean, or strayed from another coastal stream. It is also unknown where the juvenile O. mykiss migrants eventually settled, whether in the river, estuary, or the ocean. And finally, it is unknown what rates of predation may befall these fish within the Salinas River and its tributaries, since predators such as striped bass are widely regarded as prevalent in the Salinas Basin.

In order to obtain a more robust understanding of the migration patterns of adult and juvenile O. mykiss in the Salinas River basin, The Nature Conservancy formed a working group to spearhead the design, fabrication, installation, and monitoring of a Passive Integrative Transponder (PIT) tag antenna array system in the Salinas River. With limited funds initially available, the group decided that a single antenna array be fabricated for use at the Salinas River weir site, and that it be adaptable for use at other sites as well. The Salinas River weir was identified as the best location for the first installation of an antenna array because it is well positioned to answer questions raised from multiple years of juvenile and adult O. mykiss migration monitoring. These questions include: What proportion of juveniles migrate to the Salinas River Lagoon? What proportion of adults are estuary-run? What proportion of adults are sea-run? And finally, are adult O. mykiss straying from other rivers that conduct similar PIT tag studies? Stay tuned to see the solution our FABLAB designed for answering these questions in this unique setting.