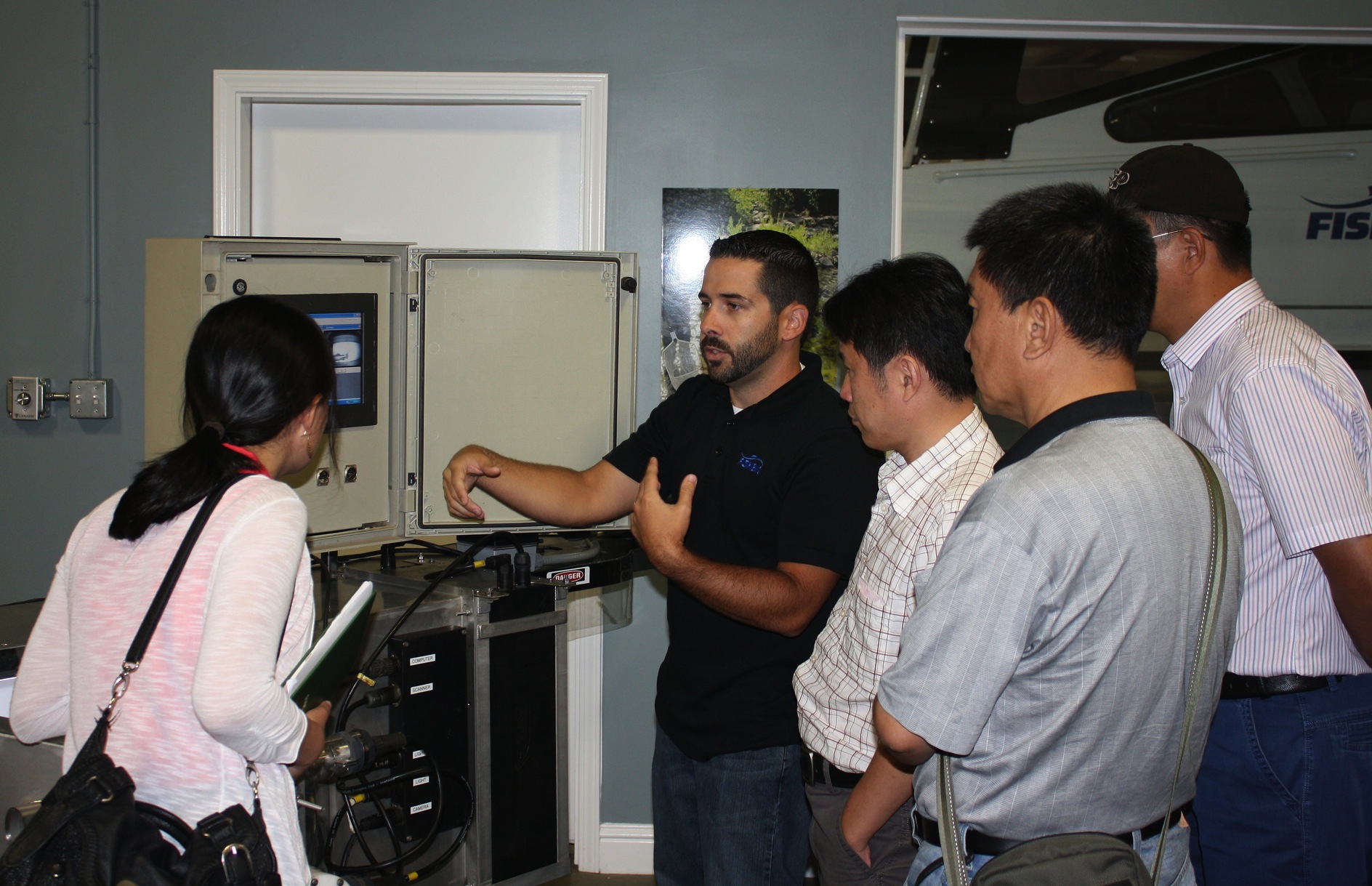 At FISHBIO, we place a great value on thinking and working internationally, so when a group of Chinese researchers contacted us seeking some information on the Vaki Riverwatcher, we were happy to host their visiting delegation for a consultation. The visiting researchers were searching for solutions to monitor multiple target species of concern that may pass through fish ladders being constructed at new dams. After providing an overview of the capabilities of the Riverwatcher at our Oakdale office, we sat down for a discussion with the group about the advantages of the unit over traditional video monitoring, such as reduced labor needs and more reliable fish identification in turbid conditions thanks to the infrared recording of fish silhouettes. We pointed to several other facilities, such as Daguerre Point Dam on the Yuba River and the Robles Fish Passage Facility on the Ventura River, that have had success using the Riverwatcher to monitor fish passage through their own ladders. In addition, we described our use of portable resistance board weirs in combination with the Riverwatcher to identify and easily differentiate between multiple target species (see Fish Counting Weirs). After a tour of our Oakdale office and further discussions about the other monitoring services we provide, the research team continued on with their American tour, heading to additional sites along the coast to investigate other monitoring installations along the way.

The team came stateside looking for a solution for monitoring fish passage at structures being constructed in the country’s push for increased hydroelectric power. According to China’s development plan for 2011-2015, the country plans to increase its renewable energy consumption to 11.4% of total consumption by the end of 2015. In fact, half of the hydropower installed in 2012 was in China, which has more installed renewable energy capacity than anywhere else in the world (both including and excluding hydroelectric power). With more than 85,000 dams estimated to exist in China and hundreds more in the works, monitoring migrating fish populations at these structures is becoming more important than ever. 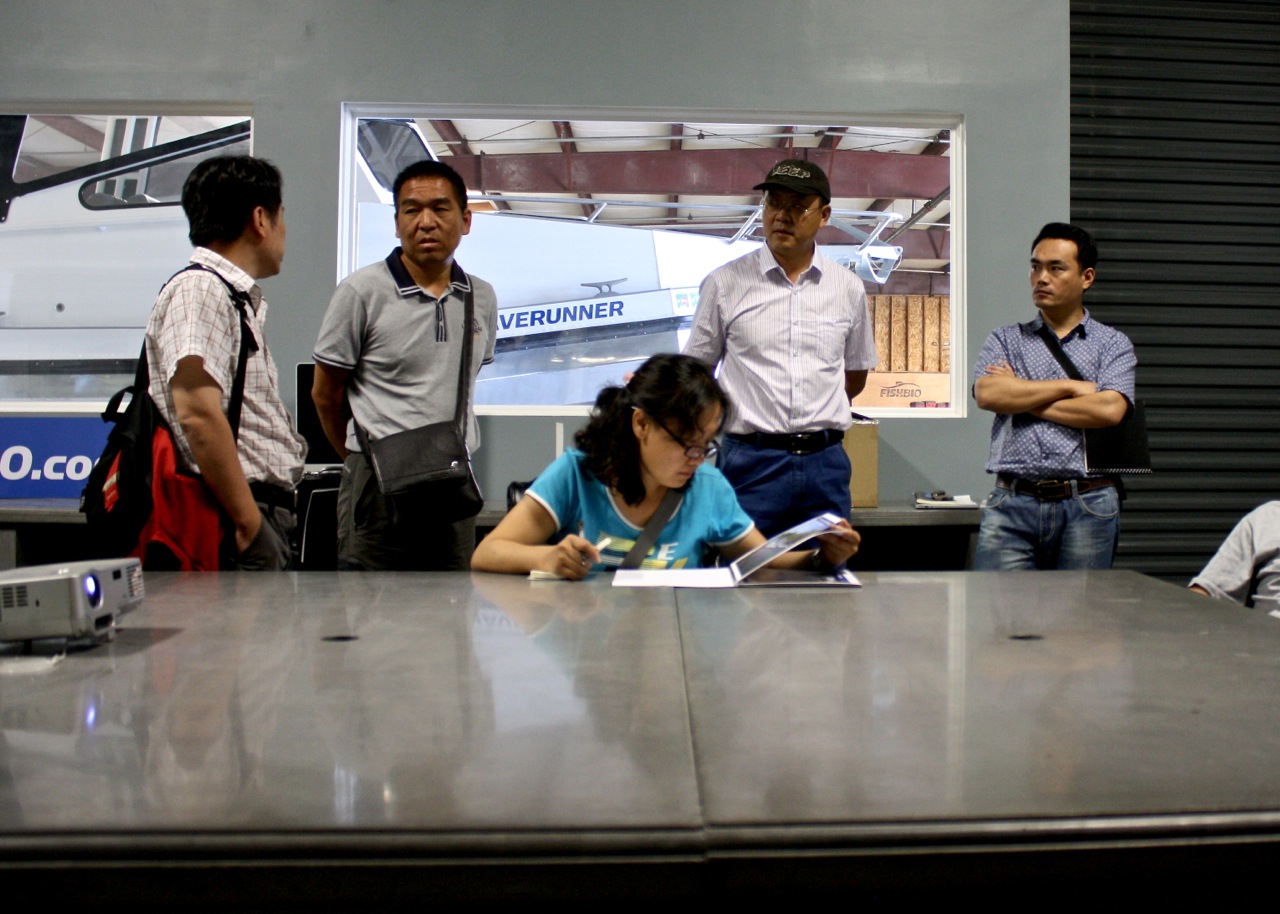