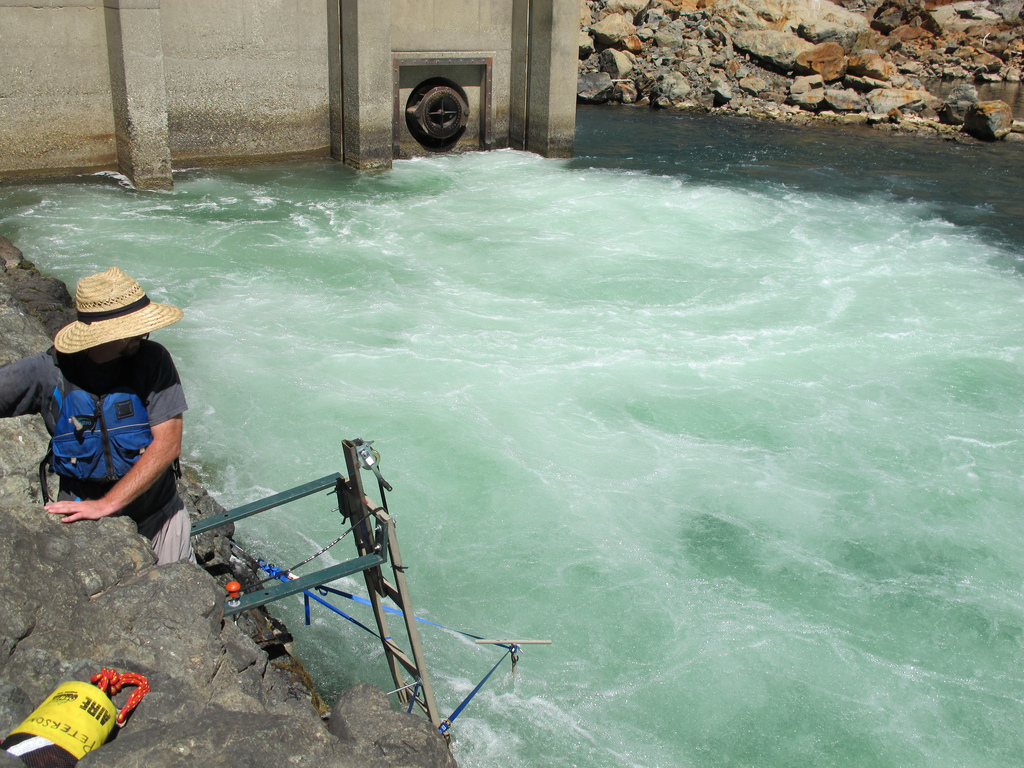 The dream of any fisheries biologist is being able to see what’s happening under the surface of the water. Often, this is accomplished through the use of video or infrared cameras (see Vaki Riverwatcher). However, the problem with these cameras is that it is extremely difficult for them to see in dark or turbid water. FISHBIO recently acquired an extraordinary new camera that relies on sound waves instead of light waves to “see” underwater. Similar to DIDSON technology, the ARIS (Adaptive Resolution Imaging Sonar) camera works using the same principles that allow whales and dolphins to navigate where light doesn’t penetrate in the ocean and allow bats to “see” in the dark. The camera sends out high frequency sonar pulses, which bounce off the surrounding environment and return to the camera. Software then processes the resulting echolocation data into an image that can be viewed on the computer. The reason this camera is able to see in these zero-visibility conditions is because sound waves in water are more than 2,000 times longer than light waves, and consequently do not get blocked and scattered as easily by suspended particles or bubbles. Sound waves also allow the camera user to ascertain range and size information from the footage, making this tool extremely effective for monitoring fish populations (see Feeding frenzy).

The ARIS is the newest and most technologically advanced camera developed by Sound Metrics Inc., a company in Washington state. Such cameras originated when the U.S. Navy asked a group of researchers to develop an underwater camera capable of detecting intruders in cloudy or dark water. Today a variety of industries use this technology, including military, oil and gas, construction, law enforcement, and fisheries. The deployment of the camera for our current project required some clever thinking and handy work by our very own FABLAB. The camera was placed in an adjustable steel casing that was mounted to a long track that runs down through the water column. This setup allows us to not only control the depth of the camera, but also its pan, tilt, and roll to get the best shot. When combined, this maneuverability allows us to position the camera into the most efficient locations for viewing fish, depending on river conditions. Some of the images we have recorded so far are astounding in their clarity and detail, and we are already looking ahead to future uses of this incredible technology. The only drawback so far has been processing the incredible amount of data that this camera provides (see An undesirable task). 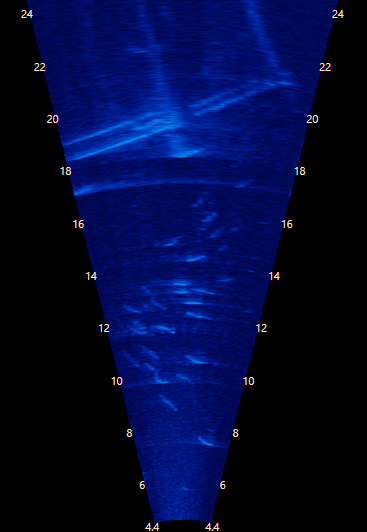