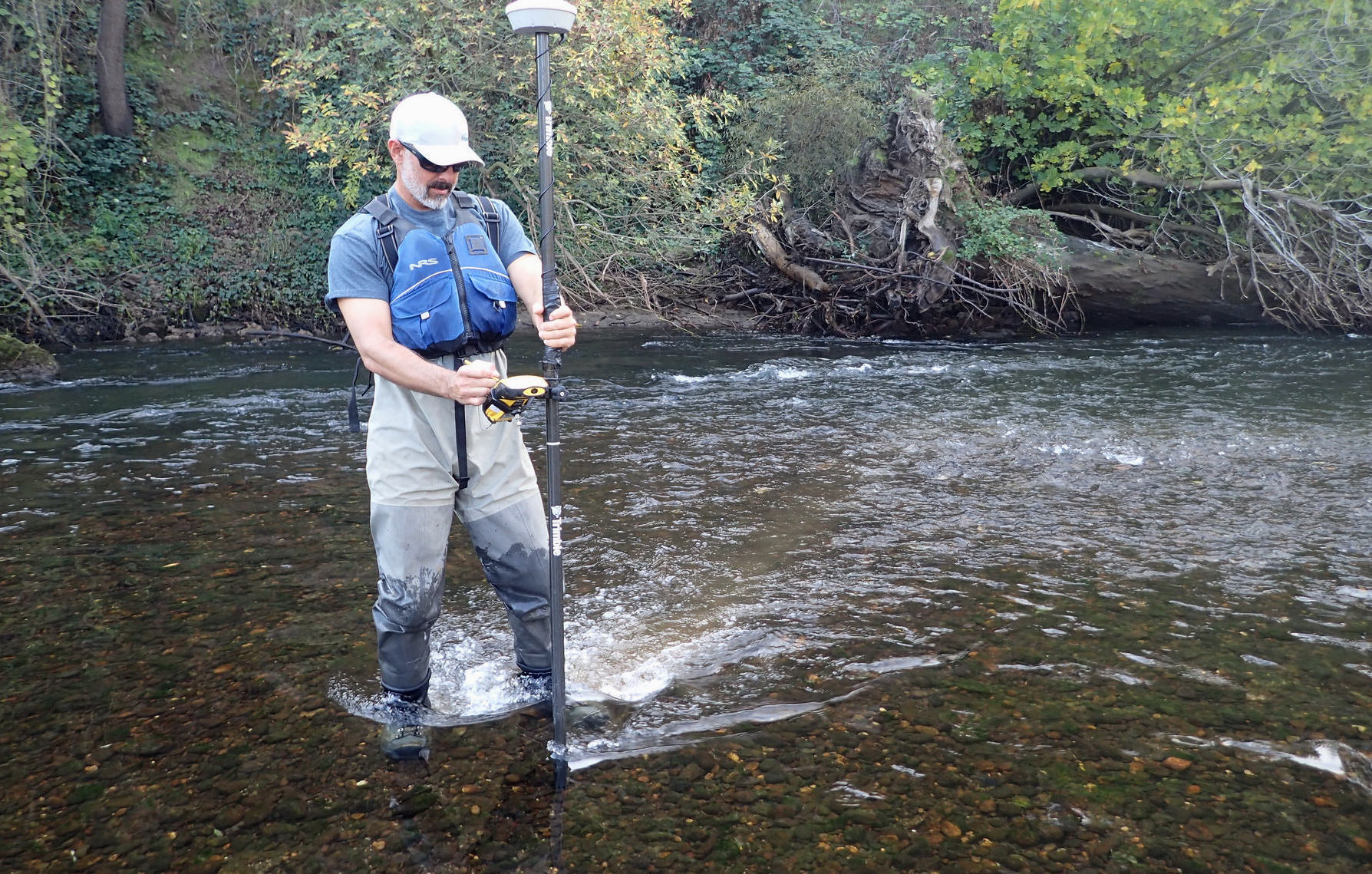 With salmon spawning season in full swing, our fisheries technicians and biologists are hard at work both in the office and out in the field collecting and analyzing data. Whether it’s installing or maintaining portable resistance board weirs and rotary screw traps, reviewing the live footage of fish passages, or conducting redd surveys, the spawning and migration seasons are busy times for us at FISHBIO. We conduct redd surveys on approximately 450 miles of river annually to document trout and salmon redds, or nests. Moreover, the work we do requires a unique set of skill and experience. Not only can it be hard for the inexperienced eye to spot a redd at all, it can be especially difficult to distinguish rainbow trout redds from salmon redds, which are sometimes found in the same stream at the same time. 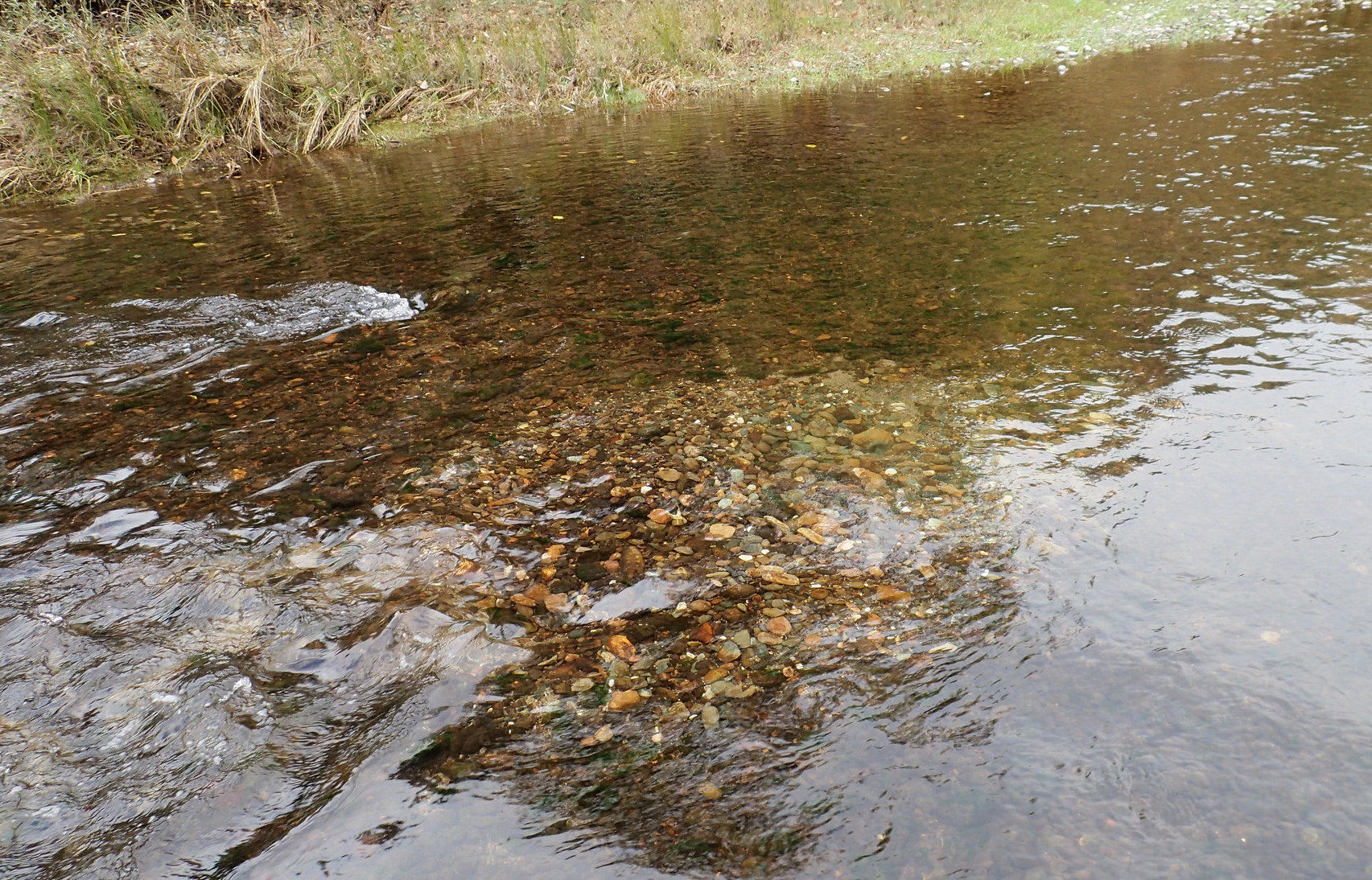 So, how do we do it? During redd surveys, a biologist and technician raft downstream to locate where nests have been made in the gravel of the river bed and to collect environmental data. This information helps biologists accurately estimate the number of salmon and steelhead migrating to the rivers, also known as escapement, and to better manage flows for fish survival. The information can also be useful for mapping habitat (Groves et al. 2013) and estimating population sizes in a cost-effective way. Biologists have used redd surveys to estimate Chinook salmon escapement for decades, and we have been conducting redd surveys at FISHBIO for almost 15 years, so there are some well-known characteristics that scientists use to help determine whether a redd was built by a chinook salmon or a rainbow trout.

These clues include the location of the redd in the stream and its substrate; salmon prefer to lay eggs mid-stream and in larger gravel, whereas trout prefer to build near banks in smaller gravel (Giovannetti et al. 2013). The size of the redd is another clue, as salmon typically lay larger sized redds than trout (Reynolds et al. 1990). The presence of a fish can help identify who laid the eggs, since a salmon will stay near their redd to guard it from predators. Finally, timing is another indicator: Chinook salmon typically spawn from November to January, and trout from January to March. Our technicians memorize these signs so they can perfect the art of being “wildlife detectives” while identifying redds. However, nature doesn’t conform to rules, so even after doing our best to study up, we find the varied conditions encountered in field rarely fit a text-book example. But with guidance from our senior biologists and several seasons of experience, our entry-level technicians soon become specialists in the art of biology themselves. 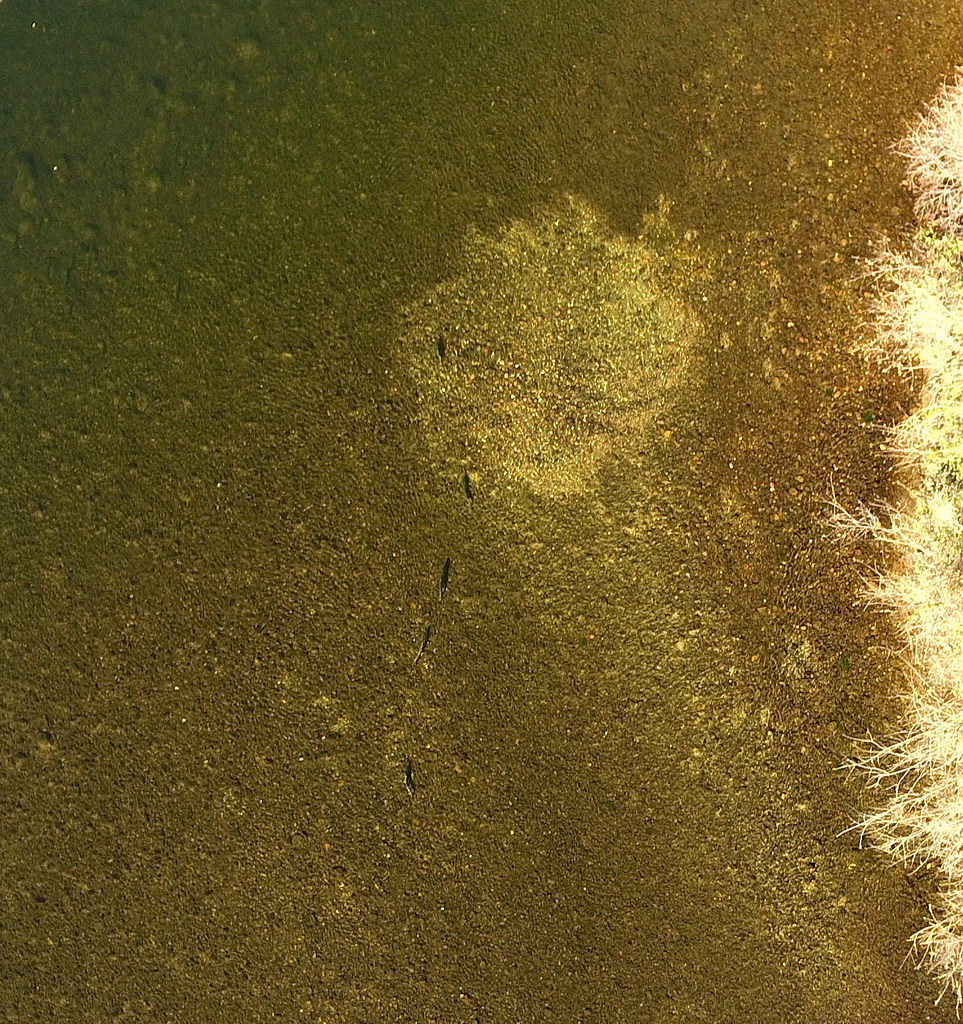 Drone shot of salmon redd on the Stanislaus River