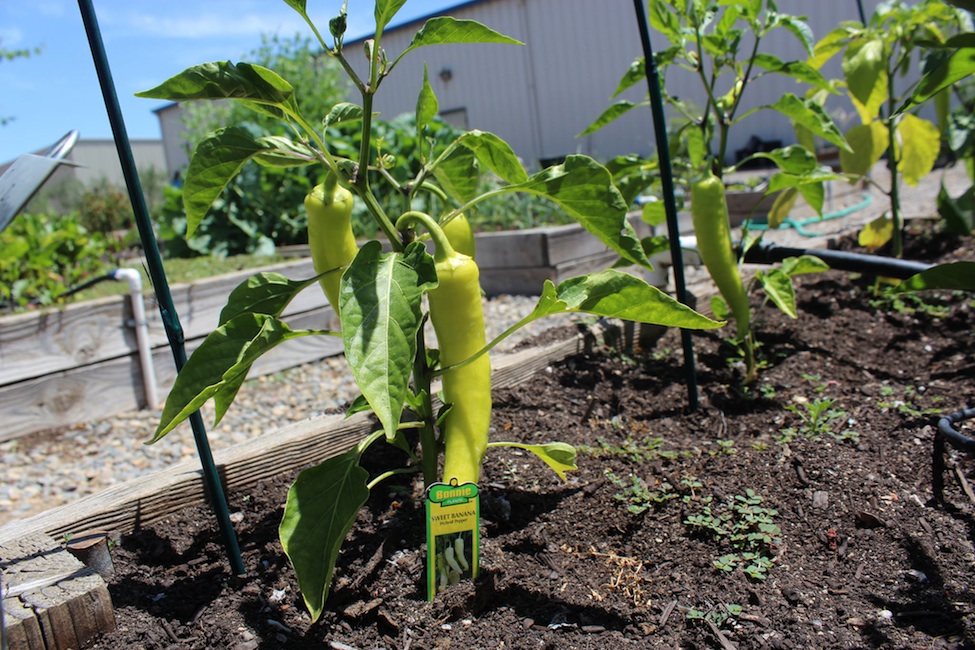 As California’s Central Valley weather heats up, tiny peppers begin to appear on the more than 50 varieties of peppers we planted in the FISHBIO garden this spring. As you may have read in some of our previous posts, peppers are a pretty important staple in our garden, and are used in our FISHBIO kitchen to make various items such as fresh salsa, stuffed peppers, pepper jellies, pickled peppers, chili powders, and hot sauces, just to name a few.

A pepper’s “heat” is rated using Scoville Heat Units (SHU), which is the measurement of the concentration of capsaicin in the pepper, the chemical that gives a chili its heat. The concentration is determined by how much sugar syrup needs to be added to the capsaicin for the heat of the pepper to totally disappear. The higher the SHU number, the hotter the pepper. The peppers in our garden range from sweet bell peppers (zero SHU) to the current hottest pepper in the world, Carolina reapers (1.57 million SHU). Last year, our Carolina Reaper and Scorpion (1.0 million SHU) peppers were a big hit for making hot sauce. This year we decided to expand our “hot pepper” arsenal and planted “Black” peppers (unknown SHU), Caribbean Red (400,000 SHU) and Ghost peppers (>1.0 million), as well as the Scorpion and Carolina Reapers. The motto around FISHBIO seems to be “the hotter the better”! 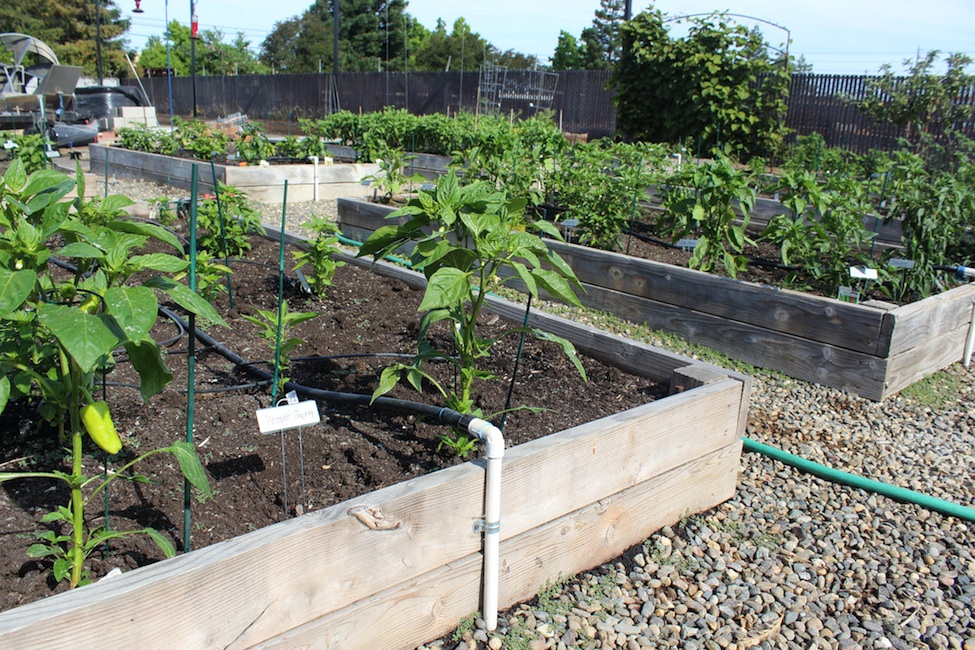 This year we wanted to branch out and try some new varieties of peppers that could not be found in local nurseries. These included many varieties that are native to other parts of the world and could only be purchased as seeds from the internet. We germinated the seeds and grew them indoors under UV light with heat mats until they were large enough to transplant into the FISHBIO garden. Varieties included peppers throughout the entire spectrum of the Scoville scale. Many were chosen based on heat (or lack thereof), color and/or shape. Many of the hotter peppers will be used to make hot sauce, while the sweeter ones will be stuffed, stir-fried, or dried and made into powders. We are excited to experiment with all of these new varieties of peppers, and taste-test all of the yummy dishes and sauces they will likely be used in!

Table 1. Peppers growing in FISHBIO garden and their Scoville rating. 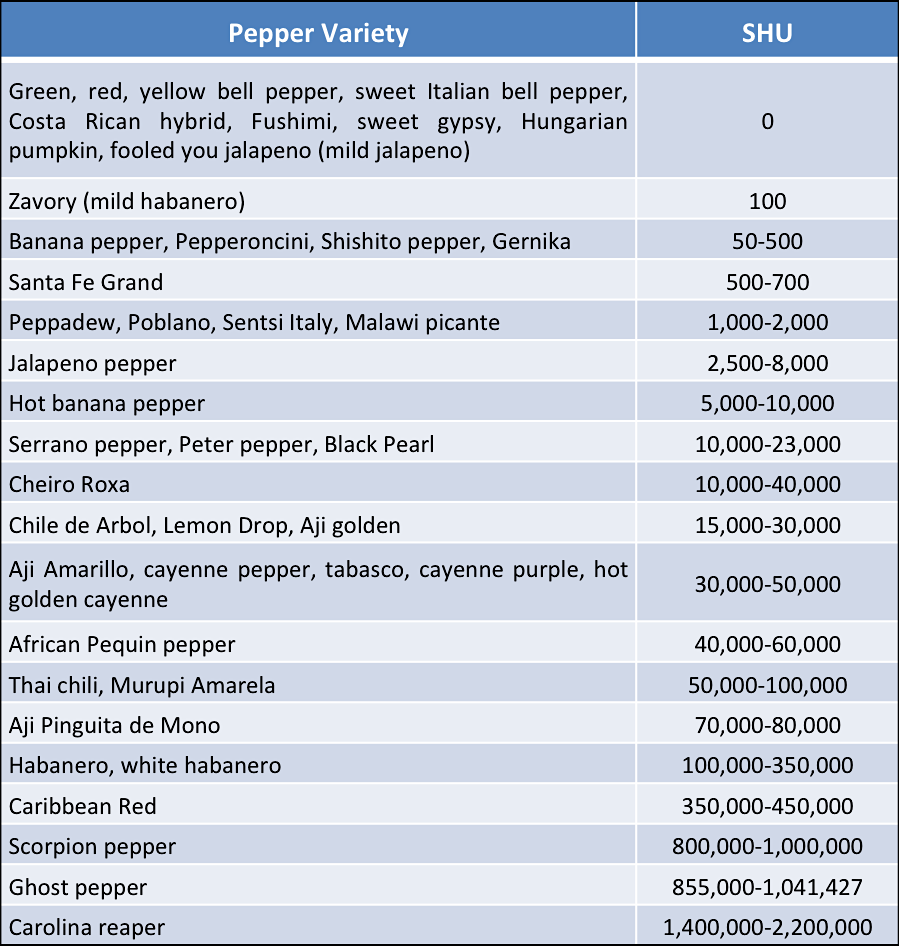