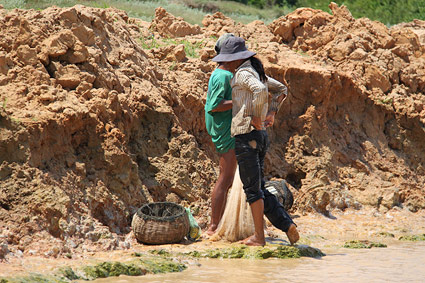 In the United States, with our high standard of living, extensive agriculture, aquaculture, and marine fishery resources, and associated distribution and retail system, we often forget that many, if not most, people in the world are not as fortunate. In this case, these teenagers are helping provide for the family by capturing fish from the Siem Reap River in Cambodia. People throughout this region rely on fish for sustenance and trade. Since most have no refrigeration, fish that are not consumed soon after captured are either dried in the sun, sold, or traded. Since this area, and others nearby just like it, has been heavily harvested, most of the large fish are gone and their catch consists of small, short-lived species that have little market value. 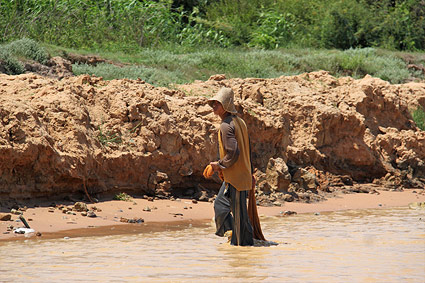 Although temperatures are routinely above 100 degrees F during this time of year with 80% humidity, people are acclimated to the heat and are often wearing long sleeves and pants to protect them from the sun. We, on the other hand, protest and sweat profusely. 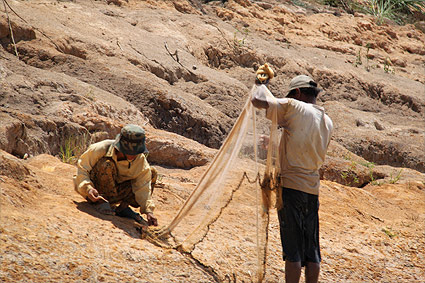