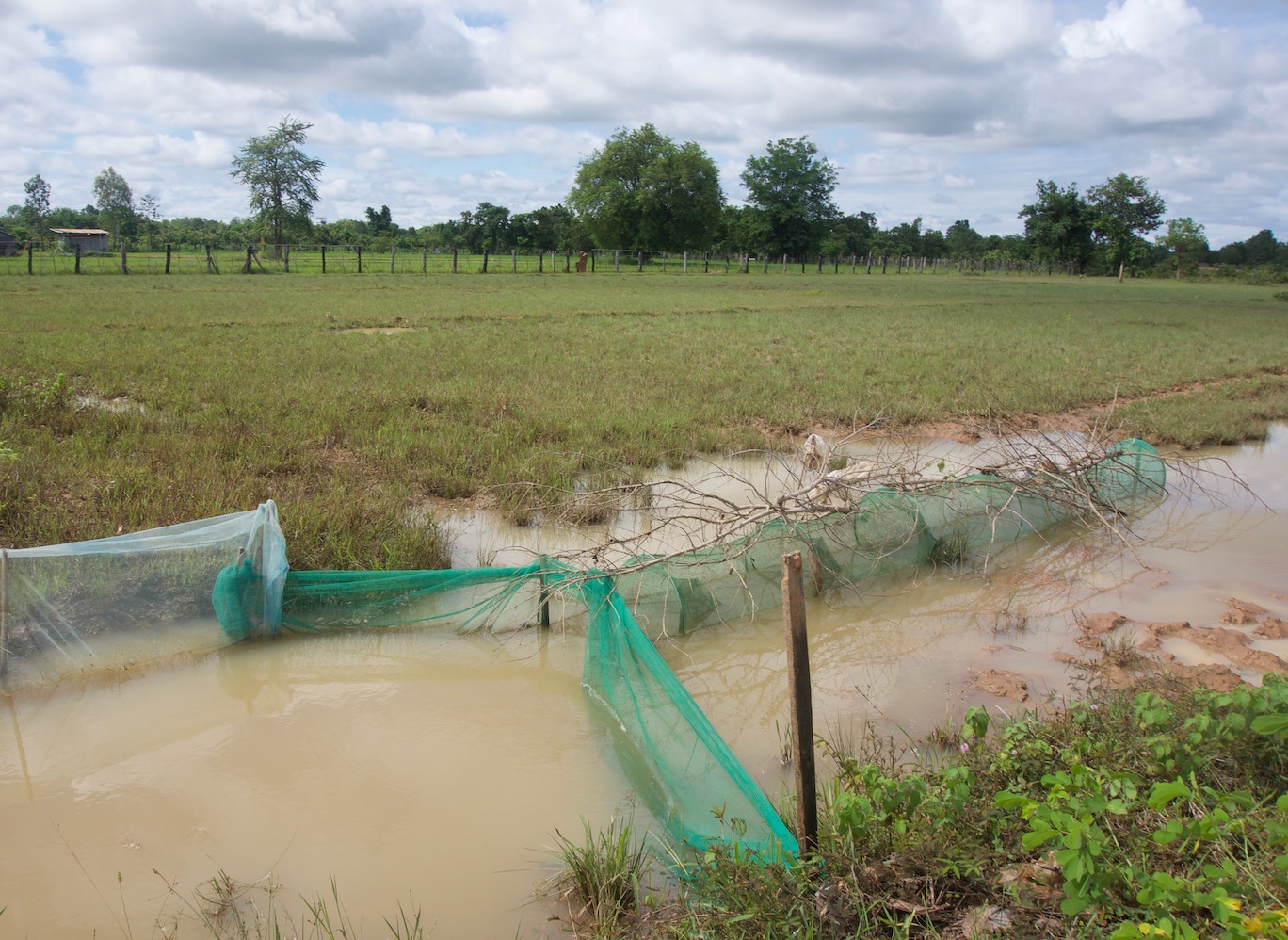 It’s a small world when it comes to fishing gear. Our staff were recently traveling in Stung Treng, Cambodia, when they came across a familiar looking fyke net in a canal. They couldn’t help but notice that the end of the trap was practically identical to the design of the wire fyke traps we have built for fisheries monitoring – although much smaller in size. Fyke traps are among the type of fishing gear known as “maze traps,” in which a fish enters the trap on its own, but is unable to find its way out (Eyo and Akpati 1995). A series of funnel-like structures guide the fish deeper into the trap, where they can be collected. This means fish can be captured alive, which can keep them in good condition for eating or selling – or to release them if they are part of scientific monitoring! 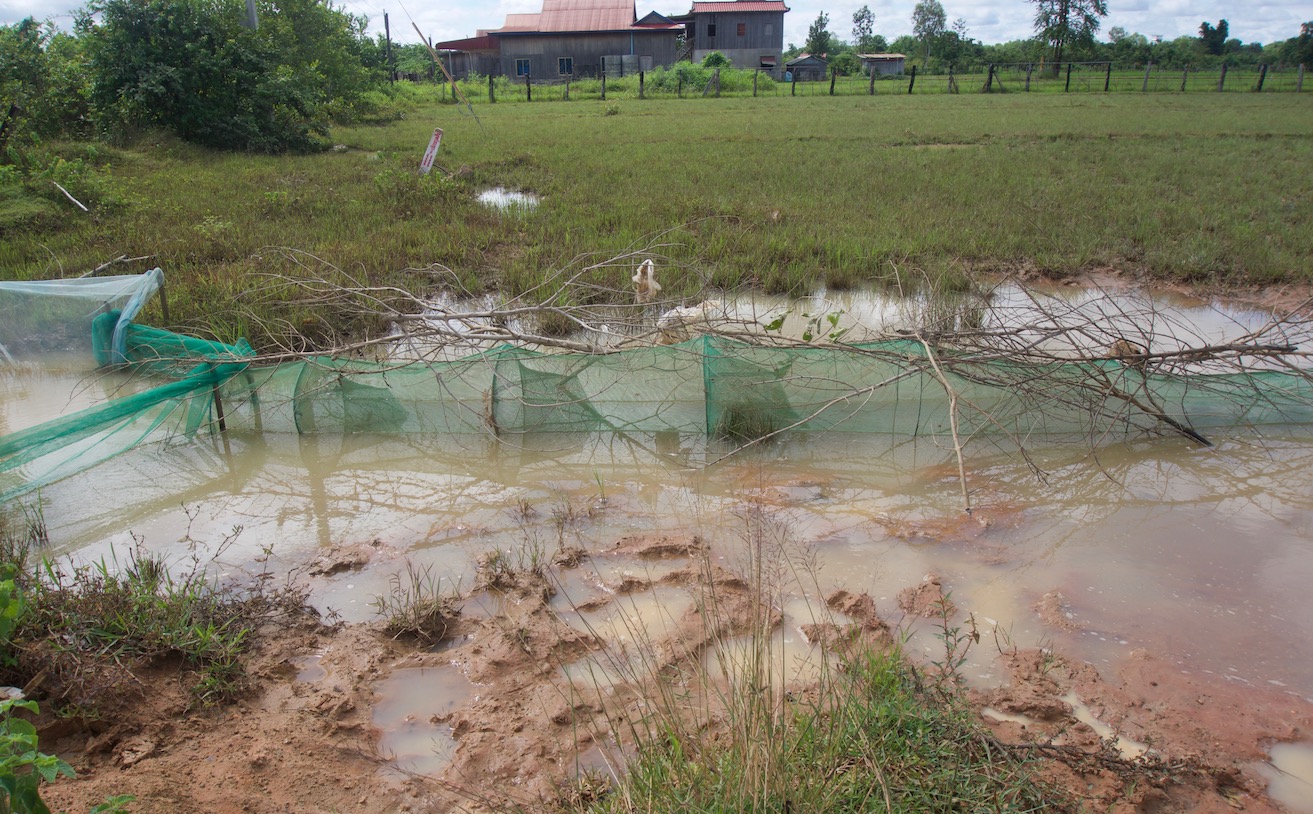 Fyke traps are an example of how a good design can be become relatively universal. Various types of fyke traps are used all over the world to capture fish in shallow water. This particular Cambodian model was made out of mosquito netting, with a series of internal chambers similar to the design we have used. The trap was also covered with a few branches, perhaps to provide some structure to attract fish. On the same trip, our staff also spotted fish traps driving by on the back of a mobile shop, unlike anything we have seen during our work in Laos. A small mini van was loaded with all kinds of fishing traps, baskets, and other goods hanging off every available inch of space. It seems to be a transportation update from pedaling fish trap peddlers! 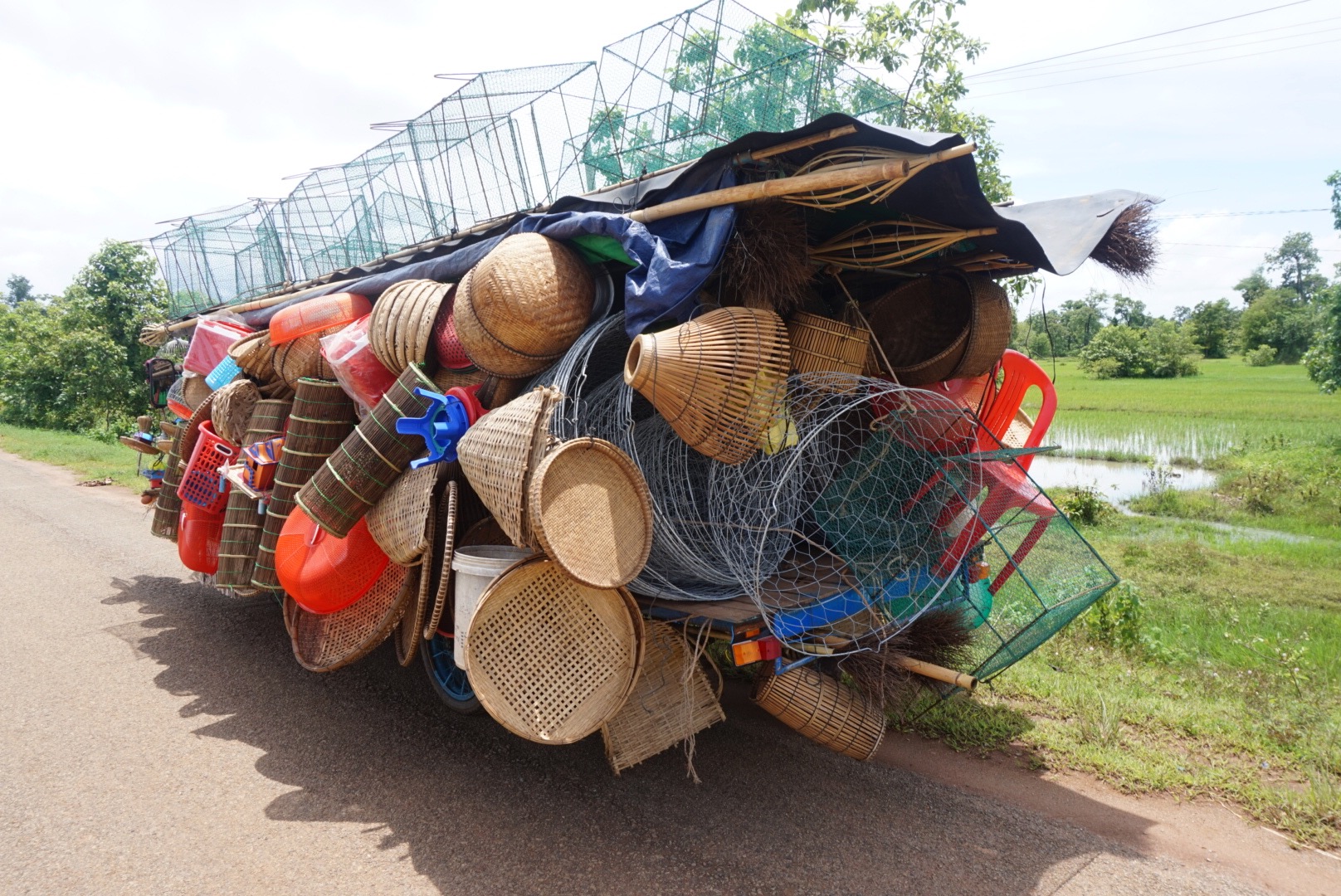