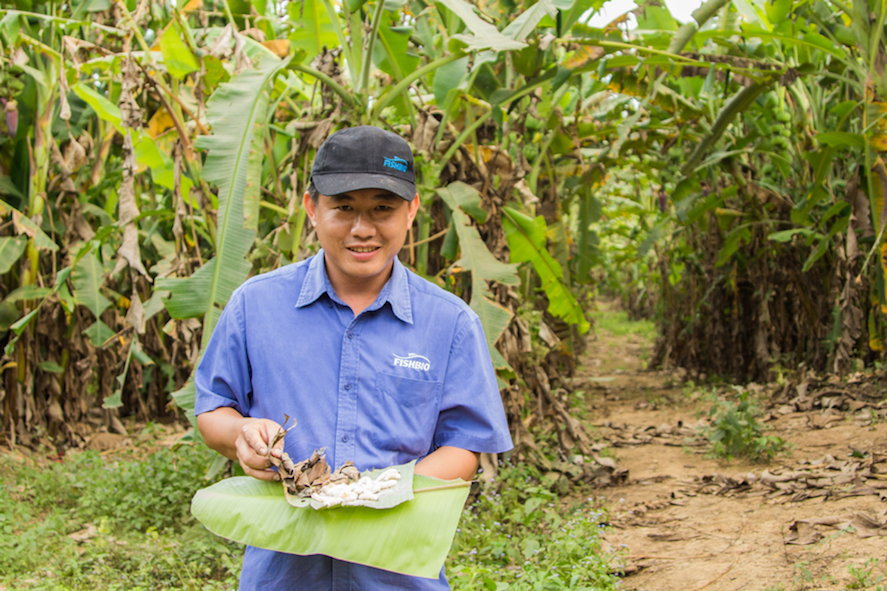 Edible insects have always been a part of a traditional diet in Lao PDR. From ant larvae to crickets, the people of Lao PDR enjoy collecting these insects and bugs from the countryside and frying them up for a meal or snack. Considering that the majority of Lao people enjoy edible insects, and some of these insects are even sold in markets, it was no surprise when we found out that our FISHBIO Lao colleague, Sinsamout, loves eating fried larvae of the banana skipper butterfly (Erionota thrax).

At the end of a three-day field survey trip to Sanakham District (a six-hour drive from Vientiane Capital) to conduct interview surveys related to our Fish Conservation Zone project, the local government staff who joined us learned about Sinsamout’s favorite bug, and set out on a mission to collect some for the team. They drove to a nearby banana plantation and proceeded to show our team how to collect the bugs. 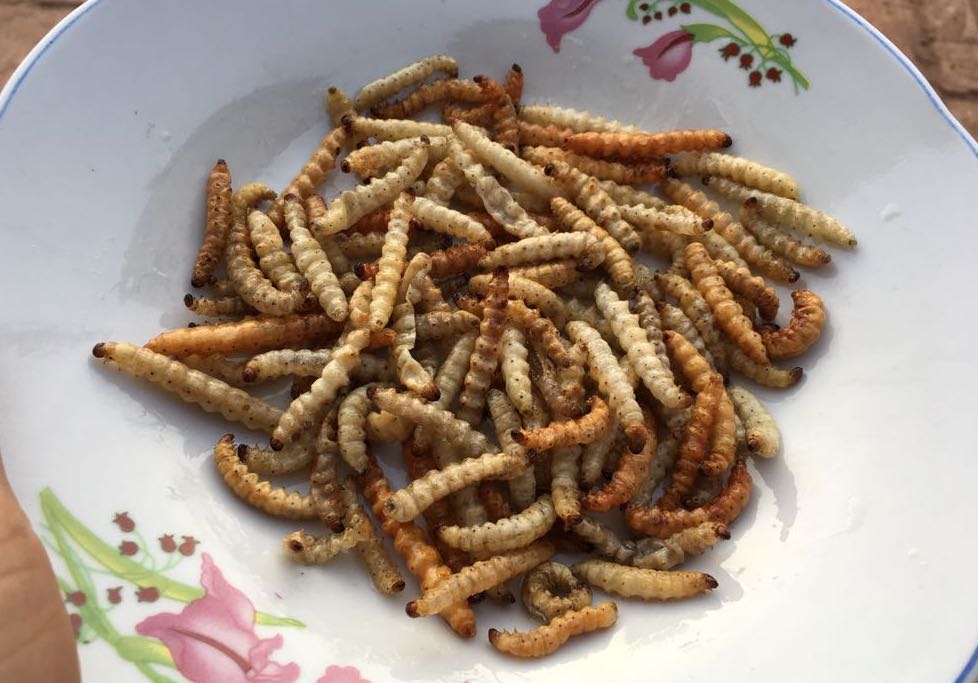 Banana skipper larvae are found on rolls of banana leaves. The bugs protect themselves from prey by rolling themselves into individual banana leaves for feeding. Each nest only contains one bug, making the collection of these caterpillars quite difficult. However, we discovered that other determined individuals had already collected a lot of these bugs, based on the pile of banana leaf rolls we saw scattered on the ground throughout the plantation. After collection, banana skipper bugs are washed, boiled, and fried, then some spices are added before eating. We hope Sinsamout enjoyed his freshly picked banana skipper bugs – and this video!