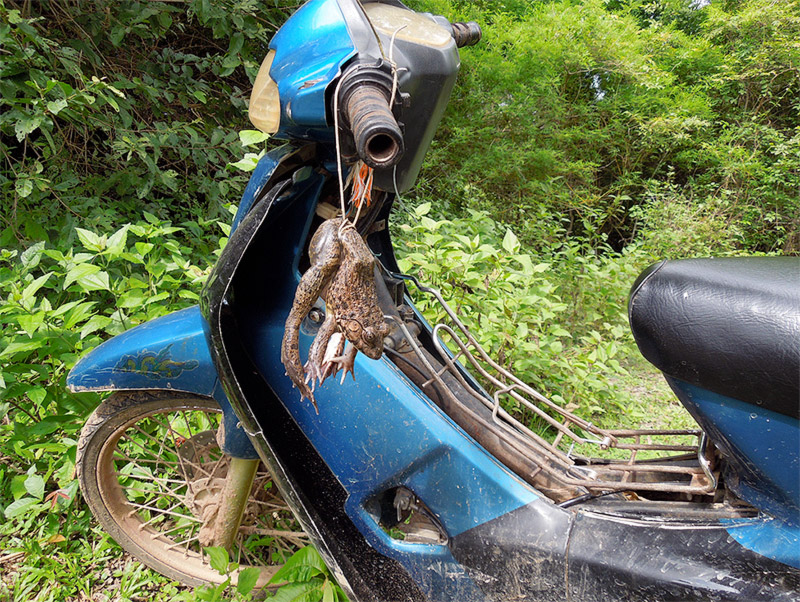 As we continuously venture throughout the Mekong Basin, we frequently encounter examples of the vital role that the surrounding environment plays in providing food and income for millions of local people. While folks in the Basin mainly rely on fish from the Mekong and its tributaries as their main source of protein, many other aquatic animals (or “OAA” as they are termed) also represent a substantial proportion of the diet. Many villagers harvest frogs, crabs, snails, larvae, insects and mollusks from rivers, rice paddies and wetlands. Given the importance of OAA like frogs for human subsistence, conservation and research of such organisms should be prioritized. A 2010 survey of the Greater Mekong region found seven frog species that were completely new to science.  According to the IUCN Red List of Threatened Species about one-third of amphibians worldwide are threatened with extinction.