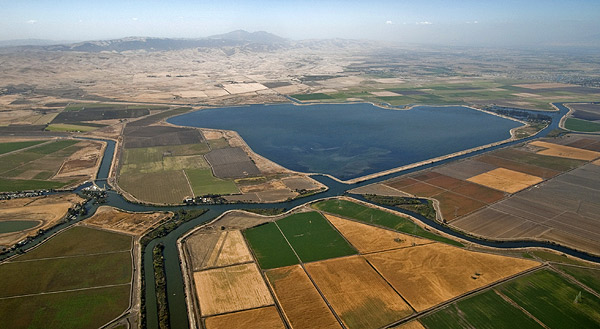 In his annual State of the State address, California Gov. Jerry Brown reiterated a desire to move forward with the Bay Delta Conservation Plan (BDCP) and have a proposal ready this summer outlining a project that is intended to restore the Delta ecosystem while still providing water to communities throughout the state (the co-equal goals of the BDCP). Of course, he is referring to the controversial peripheral canal project, which would divert water from the Sacramento River around the delta (or through, depending on the alternatives) and directly to the main aqueducts of California via the state and federal pumping stations.

The existing system draws water from the southwest section of the Delta, manipulating flow throughout the estuary. One study suggests that increasing exports likely increases the number of salmon from the Sacramento River that stray into the southern Delta and become entrained in the pumps (Newman and Brandes, 2009). Another study demonstrated that survival is lower for San Joaquin River salmon using the Old River route during outmigration (that leads towards the pumping stations), than for salmon migrating in the mainstem of the river (VAMP 2011). If the pumps entrain fish, they are salvaged and trucked to several release sites throughout the western Delta; however, not all entrained fish will survive the salvage process. The California Department of Fish and Game (CDFG) released the 2011 data showing that a record 11 million fish were salvaged while a record amount of water was drawn at the pumping stations. It is yet to be determined if the abundance of salvaged fish is a sign that the populations are rebounding or if the higher numbers are due to the record volume of pumped water, or most likely a combination of the two. 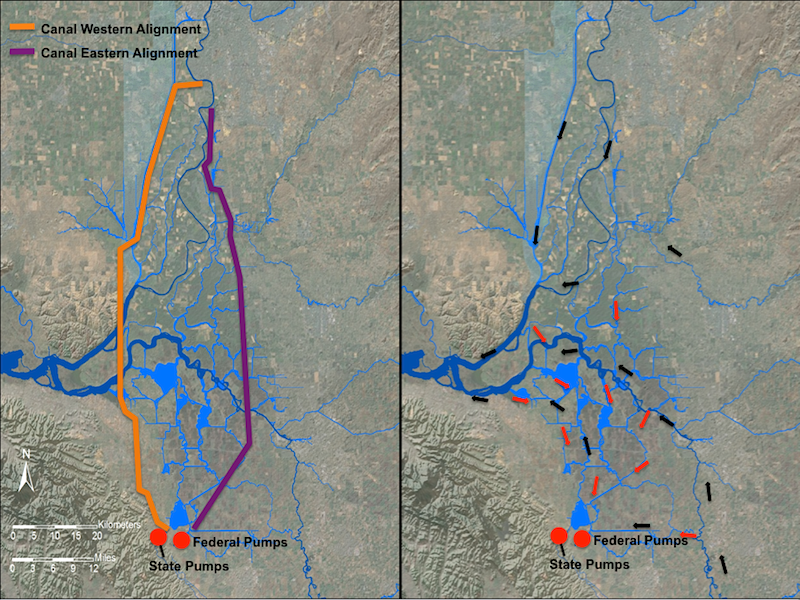 A total of $125 million has been spent since 2006 on the BDCP and Delta Habitat Conservation and Conveyance Plan (DHCCP) planning activities and another $115 million is expected to be spent through 2013. Estimates indicate that the peripheral canal could cost roughly $12 billion, but there is no way to truly know the price tag until a plan is drawn up and an environmental impact report is conducted.

One thing is certain, the Delta is a vulnerable ecosystem that is being pushed to its limits. If there is not a strategy to modify the way we utilize our resources or present ways that we can reduce the amount of resources used, then we will continue to struggle with prioritizing social matters and environmental concerns.