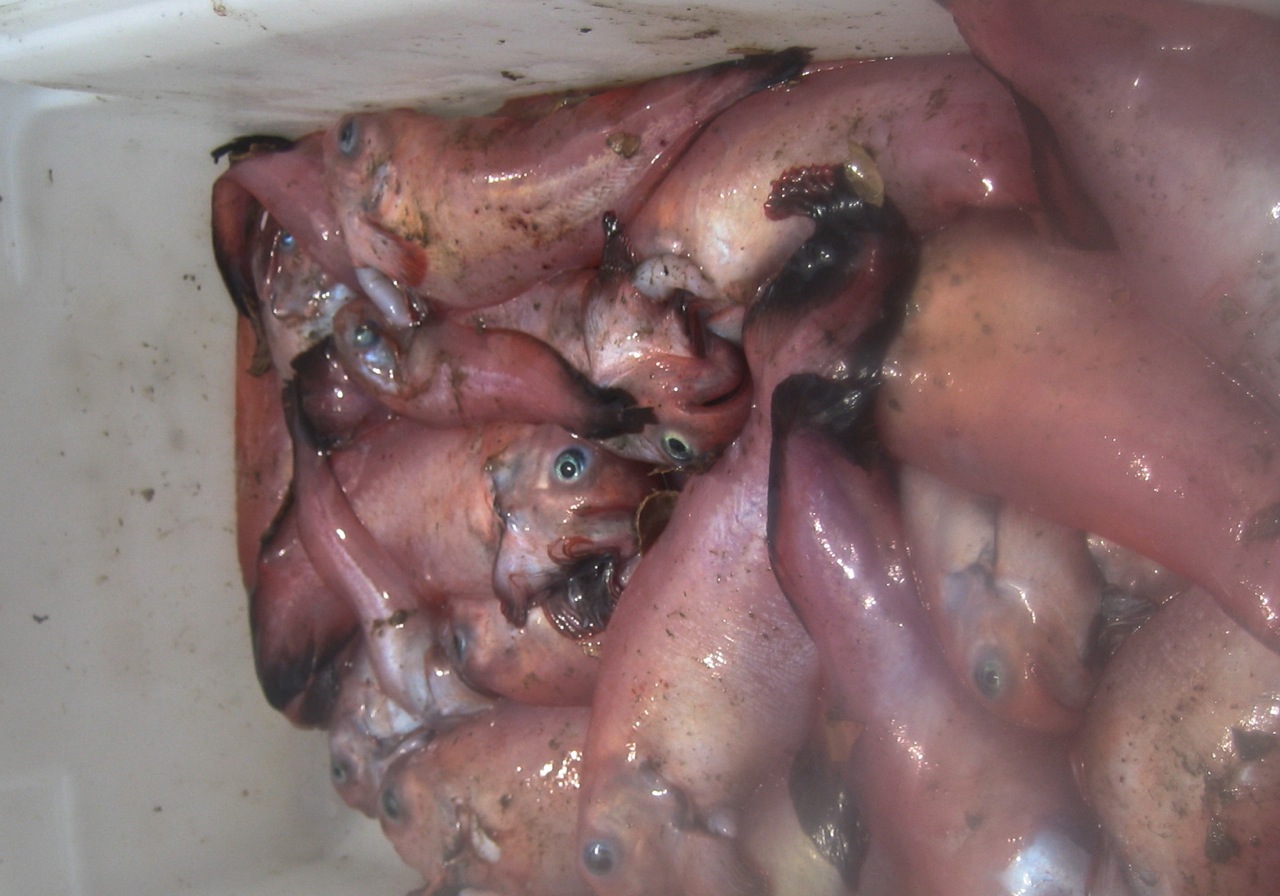 Fish can withstand some punishing conditions miles below the ocean’s surface, but no fish have ever been found in the sea’s very deepest depths. Now, researchers believe they have discovered the reason fish can’t swim to the bottom of the ocean’s deepest trenches: it’s related to a tiny molecule in their cells. Deepsea fish need a particular compound to stabilize their cell proteins under pressure. But below a certain depth, they would need so much of the compound it would be impossible to live, reports a study published earlier this year in the Proceedings of the National Academy of Sciences.

Animals in the ocean usually inhabit discrete depth layers, like stories in a building. Pressure has long been thought to keep fish out of the ocean’s “basement,” the deepest trenches that reach 8,400–11,000 m deep (that’s 5.2–6.8 miles). No fish have been observed below 8,400 m, and only two families can tolerate the conditions below 6,000 m: the snailfish (Liparidae) and cusk-eels (Ophidiidae). Snailfish are generally slimy and squishy creatures, like the blacktail snailfish (Careproctus melanurus) shown above, which can be found as deep as 2,200 m. Pressure is perhaps the most profound challenge for life in the deep sea: at 8,000 m, the pressure is a crushing 800 atmospheres – which is 800 times the pressure we experience at sea level, or more than 11,750 pounds per square inch!

How do fish keep from buckling under that pressure? One answer is a compound called trimethylamine N-oxide (TMAO), a stabilizer that props up proteins and helps them fold and function in stressful conditions. The compound is thought to prevent pressure from forcing water molecules inside proteins. Scientists wanted to know if TMAO could play a role setting the depth limit for bony fishes. To test their hypothesis, they captured a species of snailfish (Notoliparis kermadecensis) from a trench north of New Zealand. It’s the second deepest fish ever observed alive (at 7,000 m), and the researchers captured it for the first time in 59 years. Comparing the amount of TMAO in this species’ cells to those of shallower fishes revealed a direct and predictable relationship: the deeper a fish lives, the greater the concentration of TMAO it its cells.

Based on this relationship, the scientists predicted that the highest cellular concentration of TMAO a fish can stand would occur at 8,200 m depth. Above this concentration, fish would not be able to maintain the balance of water inside and outside of their cells: their cells would become “saltier” than seawater, and the process of osmosis would force water inside their cells, causing them to swell and burst. In addition, the force needed for TMAO to counteract the pressure below 8,200 m depth would make fish’s proteins so stiff they couldn’t function properly. It just shows that even animals as adaptable as fishes have their limits.