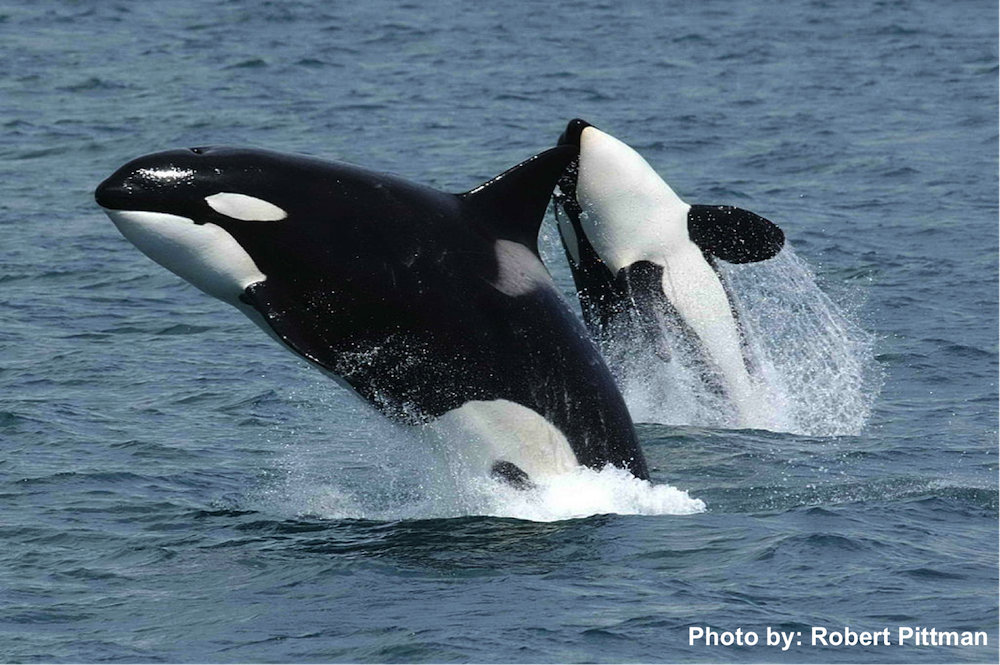 Pods of ‘transient’ killer whales (Orcinus orca) are currently shaking up Monterey Bay. Earlier this month, whale-watching tours witnessed the orcas preying on baby grey whales during the grey whale northern migration from Baja. Transient killer whales are one of three types of orcas in the North Pacific, in addition to resident and offshore killer whales. These classifications are made based on the animals’ diet, habitat, and social behavior: resident and offshore killer whales live in specific habitats tied to their locally abundant food sources, such as salmon for resident pods and other fish for offshore killer whales. However, transient whales change habitats often because they feed on highly mobile marine mammals, and when their food source migrates, so do the transients. Transient killer whales live primarily in open-ocean habitats along the eastern North Pacific, from Alaska to California. They exhibit no set migration patterns, but move based on where food is available. Occasionally, this causes transient pods to pass through the territories of resident killer whales, but the whale groups don’t interact much (Bigg et al. 1987).

Residents killer whales congregate in large pods composed of one to four generations (Bigg et al. 1990), and offshore killer whales can be found in groupings of 20-75 individuals. Transients, on the other hand, stick to smaller pod sizes usually containing fewer than 10 individuals. Their small pods consist of a group of related females spanning one or two generations, and one unrelated breeding male (Bigg et al. 1990). Killer whales have a matriarchal social order, meaning the eldest female is the dominant member, and young females eventually disperse to form their own pods. This practice keeps the group sizes small, which provides some benefits when hunting for food. Since transient orcas hunt marine mammals, such as sea lions and porpoises, their food source is high in energy and nutrients, but not very abundant compared to other animals like fish (Bigg et al.1987). According to optimal foraging theory, a species will choose a foraging strategy that provides the highest energetic intake (food) at the lowest expense (hunting), not unlike grocery shopping as a poor college student. 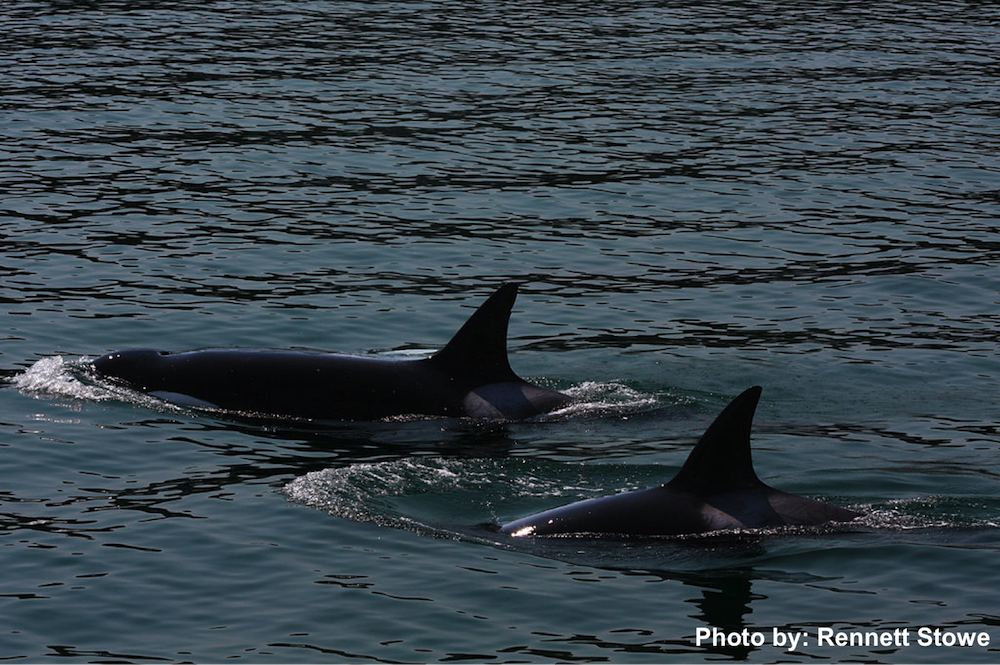 A smaller pod size allows the group to capture prey more efficiently than individuals hunting alone. Each pod member receives enough food from the prey captured at a lower cost to themselves. In some cases, pods will join together to increase their numbers before attacking a bigger or trickier prey animal that is not possible to hunt as a smaller group (Baird and Dill 1996). Because their prey items are scarce and usually migratory, transient killer whales are often on the move to increase their chances of finding a meal. This makes spotting transient orcas a rare sight, and watching orcas on the hunt in places like Monterey Bay is quite a treat for spectators – though not so enjoyable for the prey.