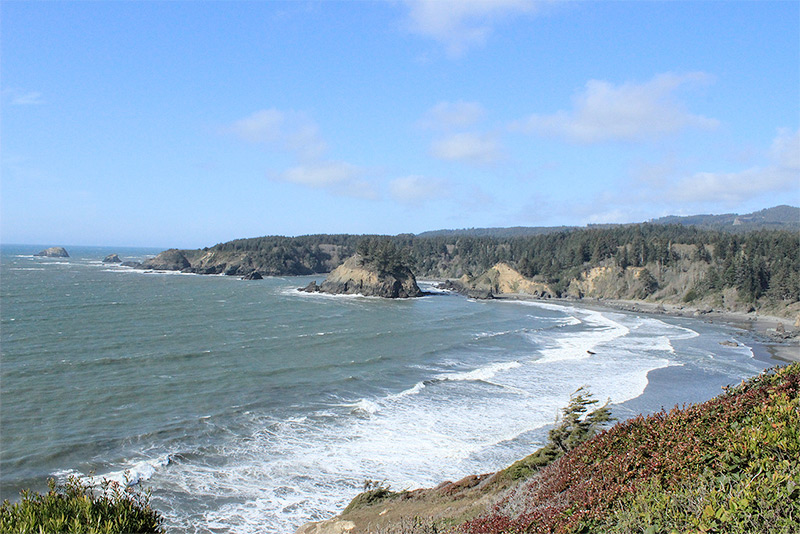 Spring has officially arrived, the periods between rains are getting longer, and sunny, clear days are becoming more numerous, enticing visitors and residents of the northern California coast to engage in outdoor activities. A frequent companion during such pursuits is the cold, strong, steady wind. Blowing from the north, this seasonal wind pattern pushes massive quantities of near-shore ocean water along the coast, deflecting it westward and away from the shoreline through a process referred to as Ekman transport.

As the surface water moves away from the shore, cold, nutrient-rich water from the deep ocean moves up to replace it. This process of upwelling supplies the nutrients that support the base of the highly diverse and productive food web of the California Current. The strength and duration of this spring upwelling varies from year to year, resulting in differences in food supply and transport to nearshore waters. Such variability can cause cascades throughout the food chain. For Chinook salmon, this means that when their outmigration to the ocean coincides with favorable upwelling conditions, the smolts’ novel hunting grounds can be a rich smorgasbord of crustaceans and forage fish, fostering good survival and growth (see Salmon hunger games). When ocean conditions are less favorable, salmon populations dwindle.

The impact of poor ocean conditions on salmon populations was particularly pronounced in the Central Valley several years ago, where populations are already subjected to a host of additional stressors, and a population crash lead to fishing closures in 2008 and 2009.  As the stocks show signs of recovery and commercial and recreational pursuit of ocean Chinook salmon is permitted once again, the same wind that drives productivity of our coast will frequently keep salmon anglers confined to the docks during the eagerly awaited salmon fishing season. For the fish at least, the wind appears to have multiple benefits. 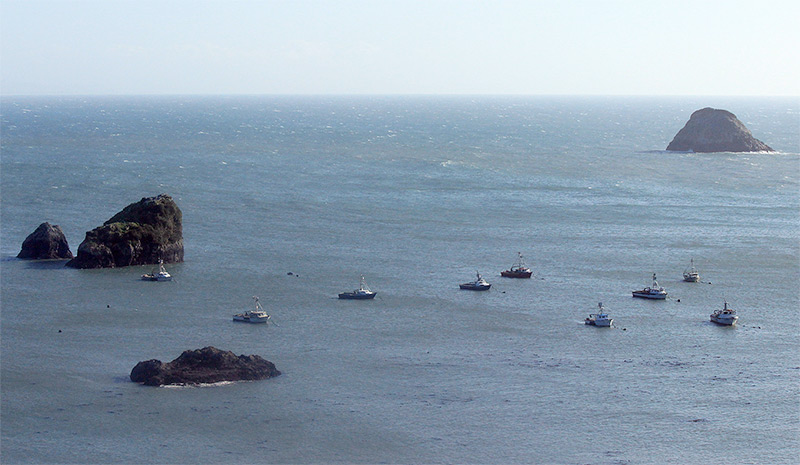