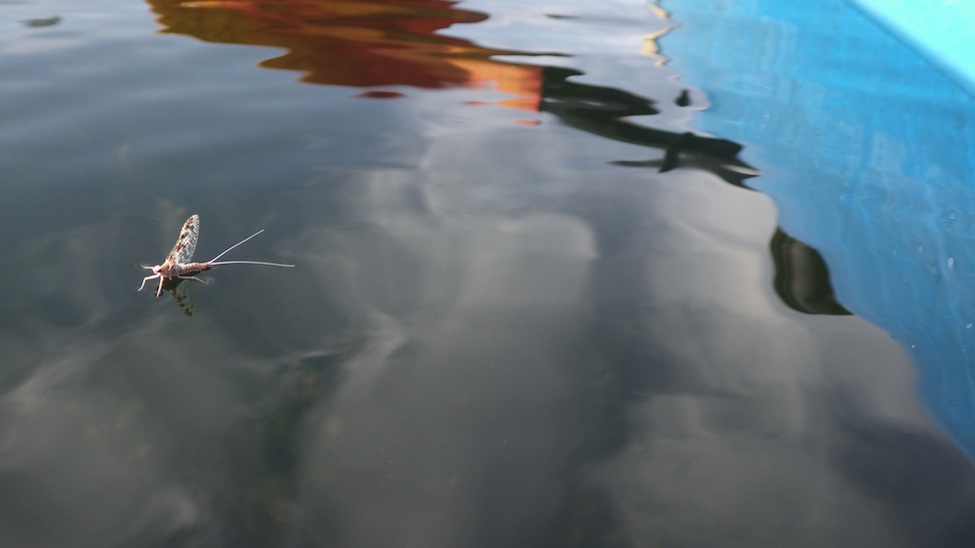 Macroinvertebrates are one of the smaller and often unnoticed organisms in the food web, but they play a vital role in stream ecosystems. As our staff have observed, if you sit streamside on a spring or summer day, you may be able to witness flies emerging from the water. Aquatic insects, such as caddisflies, dragonflies, and mayflies, have a multi-stage life cycle: adult flies lay eggs in water that develop into forms called nymphs or aquatic larvae, which eventually emerge from the water as adult flies. Insects in all life stages are the main source of food for many fish, amphibians, and birds. These animals in turn serve as prey for larger fish, other animals, or fishermen; so all are supported by the presence of insects in a stream.

In addition to serving as prey, macroinvertebrates feed on plant matter, algae, or smaller invertebrates found in the stream. This places macroinvertebrates in the middle of the food chain, where they perform functions that are vital to stream ecosystems. Some macroinvertebrates such as the stonefly (in the scientific order Plecoptera) break down and eat vegetation that ends up in the stream, which releases energy and nutrients stored in the plants during photosynthesis and makes it available for other stream-dwelling organisms to use. Without these insects, the decomposition process of inorganic material in streams would take much longer, and there would be fewer nutrients available for larger animals. Other types of aquatic invertebrates such as midges (in the scientific family Chironomidae) feed on free-floating organic matter, and serve as water filterers in the process. They remove sediments from the water and take in nutrients that would otherwise be washed downstream. 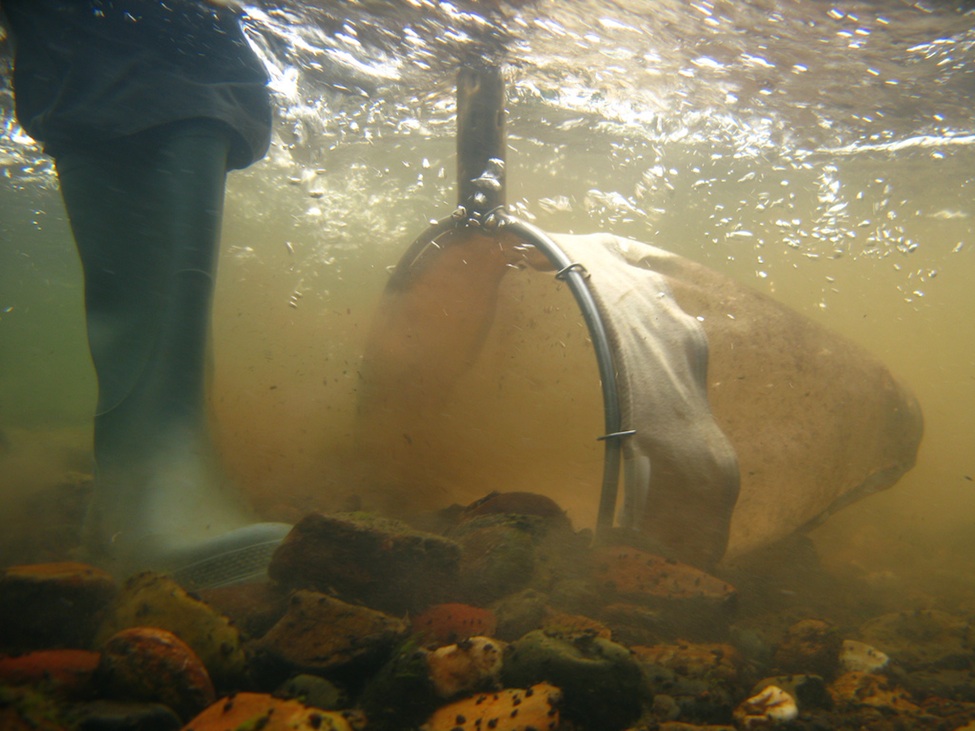 The types of macroinvertebrate species found in a stream will affect the stream environment and the organisms that can survive there. Each stream system or habitat has a different composition of macroinvertebrate species based on its environmental conditions and associated plants and animals. This invertebrate composition can be affected by pollutants, habitat alteration, or temperature, and certain types of invertebrates are more sensitive to different stressors. Looking at the types of insects found in a stream is one clue for determining how healthy the stream ecosystem is overall. It turns out these diminutive creatures are actually just as important to the big picture as every other piece of the puzzle.