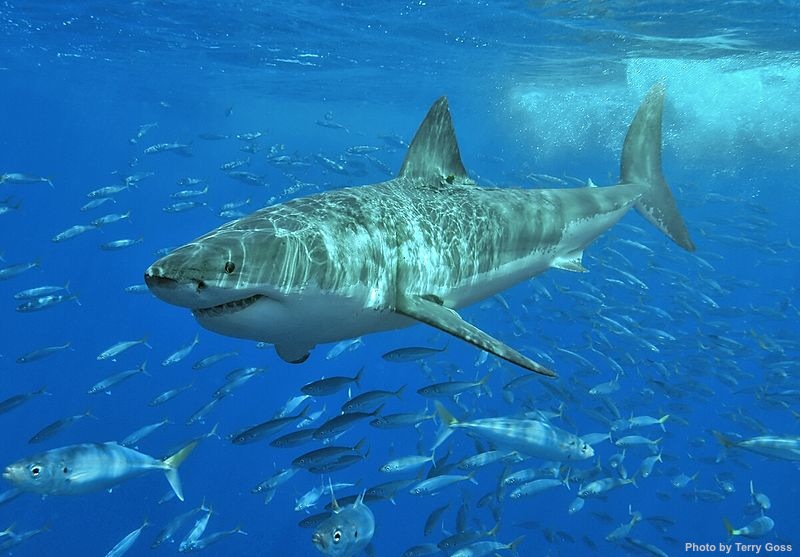 The classic summertime movie Jaws struck fear into the hearts of millions of beachgoers around the globe as they imagined a 25-foot-long white shark pulling them under. Playing off people’s fear of sharks was an Oscar-winning success for Hollywood, but it did not bode well for the white shark (Carcharodon carcharias) population off the Atlantic coast, which was likely already in decline. The movie’s portrayal of white sharks probably accelerated their decline in the region, where shark-fishing tournaments became a popular summertime event in the wake of the movie. Abundance data are sparse and somewhat unreliable for this uncommon species, and previous assessments of population trends in white sharks in the northeast Atlantic have been critiqued for focusing on too few data sources (see Baum et al. 2003 and a response by Burgess et al. 2005).

To address this challenge of counting sharks, researchers from the National Marine Fisheries Service, the Massachusetts Division of Marine Fisheries, the Florida Program for Shark Research, and Mote Marine Laboratory have developed the largest white shark dataset to date for the northwest Atlantic Ocean (Curtis et al. 2014), which combines published data and unpublished records (e.g., tournament information, personal communications) from 1800 through 2010. The amassed data indicate that both juvenile and adult white sharks inhabit East Coast waters of the United States year-round, but their distribution varies seasonally. In the winter, the sharks are usually found off the coast of Florida, while in summer they head north to the coast of New England. This dataset supports previous studies that have found a significant decline in white shark abundance in the 1970s and 1980s, but the researchers also found an apparent gradual increase in shark numbers since the 2000s. They note that the recovery of gray seal populations along Cape Cod, Massachusetts, may be drawing summer feeding aggregations of white sharks.

This is welcome news for sharks, since a different recent study found that one out of every four chondrichthyan fish species (i.e., sharks, rays, and chimaeras) are threatened with extinction due to overfishing. Although there is still uncertainty regarding these white shark trends, they indicate that conservation measures that began in the 1990s may be helping to bring back this iconic, albeit somewhat notorious, summer beachgoer.